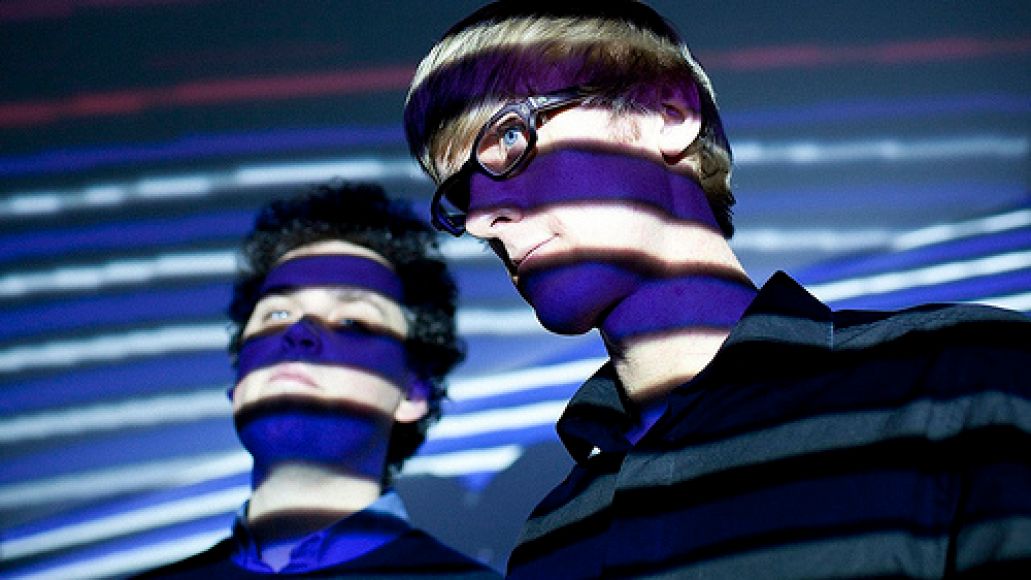 In 2010, Simian Mobile Disco released Delicacies, a “collection of tracks inspired and named for various unusual foods the band have sampled while touring the world,” including tasty treats like like “Hákarl” and “Thousand Year Egg.” On October 21st, the duo will serve up the second course in the series with the release of the Tong Zi Dan single via their own Delicacies imprint. The single features the title track, a remix by Berlin-based DJ/producer Mike Dehnert, and two additional food-based songs in “Escamoles” and “Smalahove”. A 7″ single featuring the title track and remix is available in the UK today.

In anticipation, take a listen to the title track, a funky slice of ’90s-inspired acid-jazz.

Tong Zi Dan are the Chinese delicacy usually translated as “virgin boy eggs”. Like the tea stained eggs youʼll find in your ramen, these are eggs cracked part way through the boiling process, to let the flavours of the liquid seep through.

All though in the case of Tong Zi Dan, the liquid is the urine of prepubescent boys. Very much like that urine, the burbling pads and uric submerged melodies permeate the cracked surface of the smooth ovoid outer casing of rhythm.