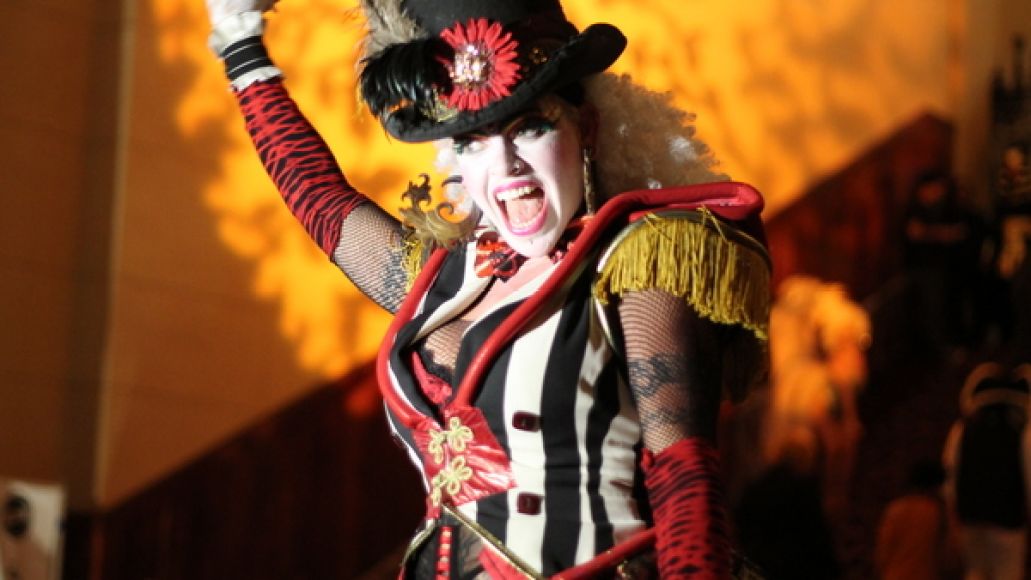 If Halloween falls on a Thursday, then when does one celebrate? The weekend before? After? The proper day, and work be damned? In Los Angeles, the answer to the dilemma is “all of the above,” with an excess of concerts, festivals, dance parties, and spooky events spread throughout the city over the course of 10 days. For discerning music lovers, the extended festivities began at KCRW’s fifth-annual Masquerade.

As creatively and intricately costumed hordes swarmed into the Legendary Park Plaza Hotel’s grandiose lobby and staircase for the sold-out costume ball, they were greeted by the feats of Lucent Dossier’s stilt walkers and the neo-burlesque sights of The Bella Donnas, with the 16-piece Angel City All Star Brass Band offering a diverse, unpredictable soundtrack. This perfect storm of sensory overload was exactly what we needed to instill a sense of wonder into an evening of music and dancing. 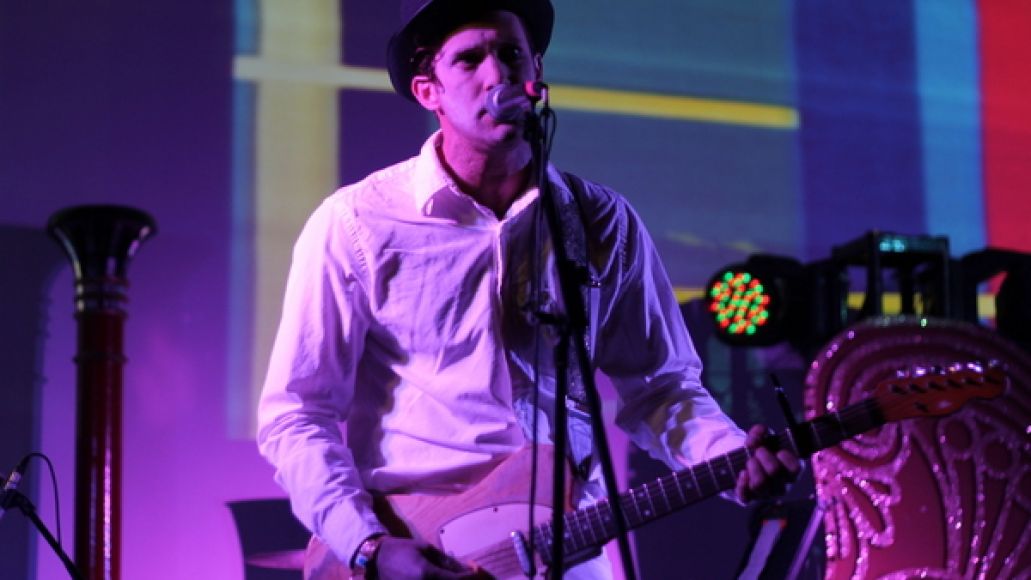 My edition of KCRW’s annual Choose Your Own Adventure extravaganza next found me bouncing between the Bronze and Gold Rooms to the left of the lobby’s opulence. KCRW DJs Mathieu Schreyer and Liza Richardson set the mood for a night of revelry with their signature brands of eclecticism. Feeling sufficiently pumped, I ventured upstairs to the Terrace Room in time for Grizfolk. The Clockwork Orange-clad members of Grizfolk hail from America and Sweden, and their set exhibited a blend of the musical sensibilities from both nations, crossing country-tinged folk harmonies crossed with catchy electro-pop. Both have been done to death lately, but when combined their style sounded fresher than expected.

Is it a challenge to fully let loose on the dance floor when in a costume or formal attire? Sometimes. But across the hall in the Grand Ballroom, Raul Campos of KCRW’s Nocturna was instilling a sense of abandon to a room full of revelers now ready and intoxicated enough to party. Between segments of his crowd pleasing mixes, Campos tossed miniature disco balls into an audience that desperately scrambled for the treats. Perhaps they all won tickets for Arcade Fire’s upcoming “Be a Reflektor” music experiment and needed a sparkly accessory? 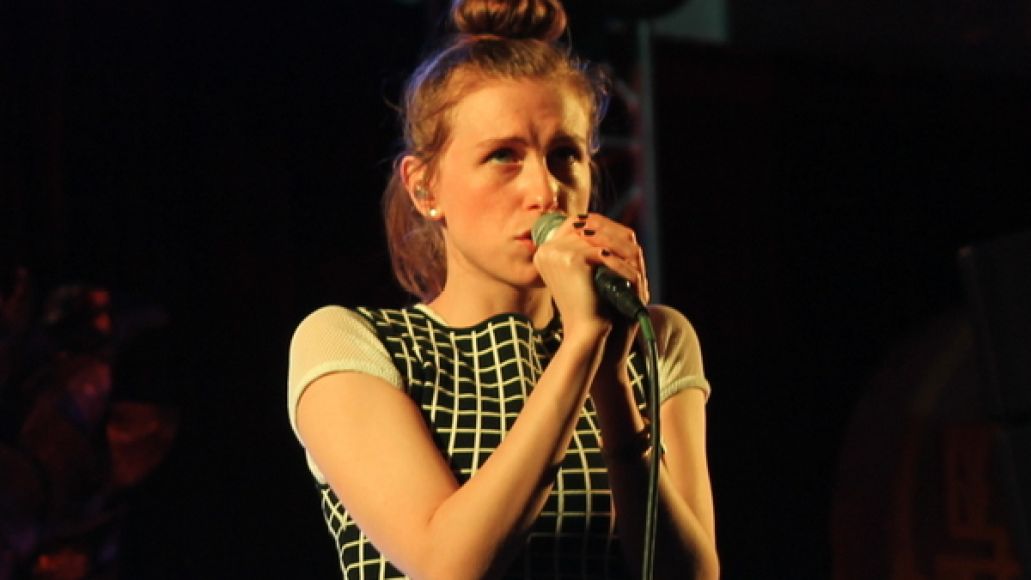 The most unfortunate announcement of the night came when Cameron Mesirow, better known as Glasser, announced that due to technical difficulties and the subsequent late set start that she would only be able to play for 15 minutes. Making the most of the abbreviated set, Mesirow promptly started with Interiors opener “Shape”, infusing the chilly single with a dramatic intensity. Accompanied by just samples and the house lights, Glasser needed only the formidable power behind her acrobatic vocals to captivate the crowd. Whether she was lost in a closed-eye concentration, charging back and forth along the stage, or twisting along to the beat, Mesirow was completely in the moment, and I only wish it was one that lasted longer.

Following the stunning but brief Glasser set was an unenviable task, but Sean Tillmann fulfilled the duty by offering something completely different as Har Mar Superstar. For nearly an hour of “did I really just see that?”, Tillmann strutted up and down a catwalk belting out his brand of party pop with an R&B (Har & B?) influence, drawing heavily from Bye Bye 17, which he thanked KCRW for playing. It was less than five minutes before Tillmann made his first costume change, shedding a fringed cowboy getup for a musketeer look. Although Har Mar never stripped down to his underwear, he dropped jaws in another way by bringing out Macaulay Culkin as a special guest. Culkin appeared to be in good spirits and health as he subbed for Adam Green on a duet of “Never My Love” before the pair ended with an embrace and a quick smooch.