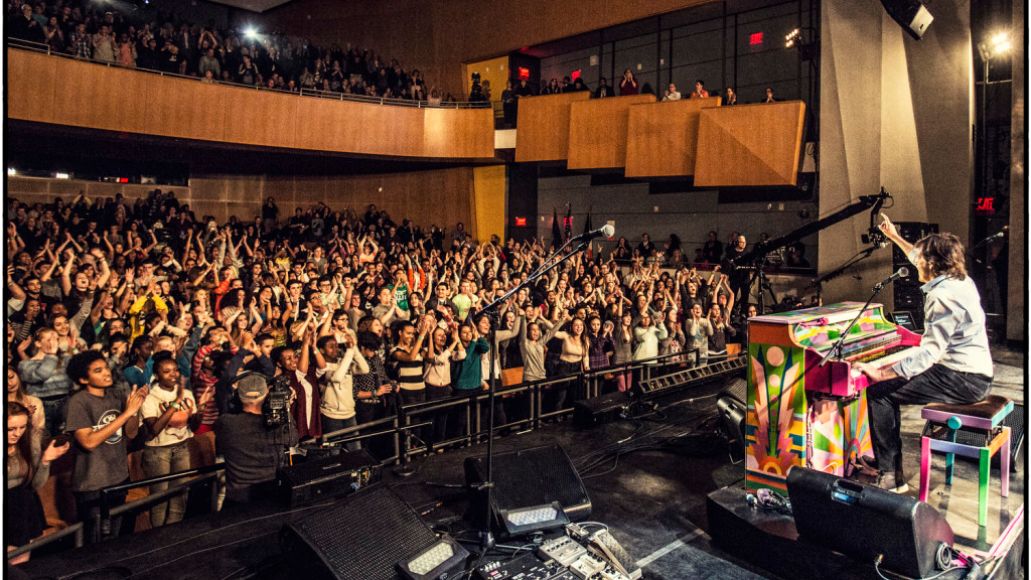 My high school’s biggest concert was delivered by the symphonic school band, of which I was a member (!), and my college’s biggest gets were Yellowcard and a phoned-in performance from Ghostface Killah. So, for once in my life, I’m jealous of not being in school: This week, both Paul McCartney and Phoenix delivered intimate performances in actual US high schools.

As USA Today reports, McCartney appeared at the Frank Sinatra School of the Arts in Queens, New York this afternoon. Students were not told of his appearance ahead of time, only that it was a performance and Q&A with a “special guest.” Once inside their school’s auditorium, the 400 or so students were treated to performances of songs from his new album and Beatles classics. He also answered questions about his career and how he has no plans to retire (“The truth is, because I love it so much. I could be home watching the TV right now. I’d rather be here”). Not a student of Frank Sinatra School of the Arts in Queens? The whole thing was filmed and will be aired on Yahoo! next Monday, October 14th, at 9pm ET.

As for Phoenix, they followed up their headlining set at Austin City Limits with a much more intimate affair at Anderson High in Austin, Texas on Monday night. According to Austin’s KUTV, students with perfect attendance were invited to the concert, which was filmed for the CBS series “Live From the Artist’s Den” and will be aired sometime next year. Phoenix reportedly chose the location themselves, inspired by Nirvana’s video for “Smells Like Teen Spirit”. Something tells me recent Phoenix collaborator R Kelly was not invited.