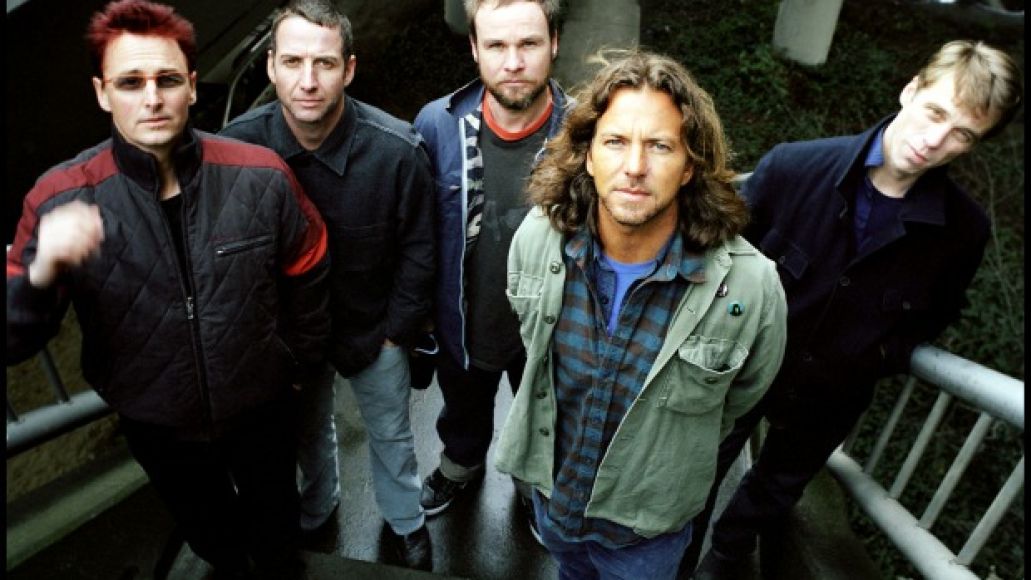 So, I happened to listen to a classic rock station the other day, and what should come on amidst a hair-swinging block of songs by AC/DC and the Scorpions? Pearl Jam’s “Alive”. I couldn’t help myself from leaning into my rearviewmirror to see how many more of my hairs turned grey. Then again, it’s easy to dismiss, not to mention restrict, Pearl Jam as “one of those grunge groups from Seattle who wore a lot of flannel in the early ’90s.” Albums like Ten, Vs., and Vitalogy are beacons held up as shining lights of a bygone era where mainstream rock ‘n’ roll was somehow better, more real, and not as watered-down as what our senses consume today.

When Lightning Bolt surfaces next week, they’ll have released an equal number of studio albums in the ’00s as they did in the alternative-dominated ’90s. And while a number of them are bound to be overshadowed by their more beloved anthems a la “Even Flow”, “State of Love and Trust”, or “Go”, there’s a handful of newer tracks that deserve to be recognized as some of their best. As you’ll learn from this list, Eddie Vedder, Mike McCready, Stone Gossard, Jeff Ament, and Matt Cameron are years and years and years away from retirement. So grab a glass of wine, roll up in a flannel blanket, and enjoy a trip back to the not-so-distant past. 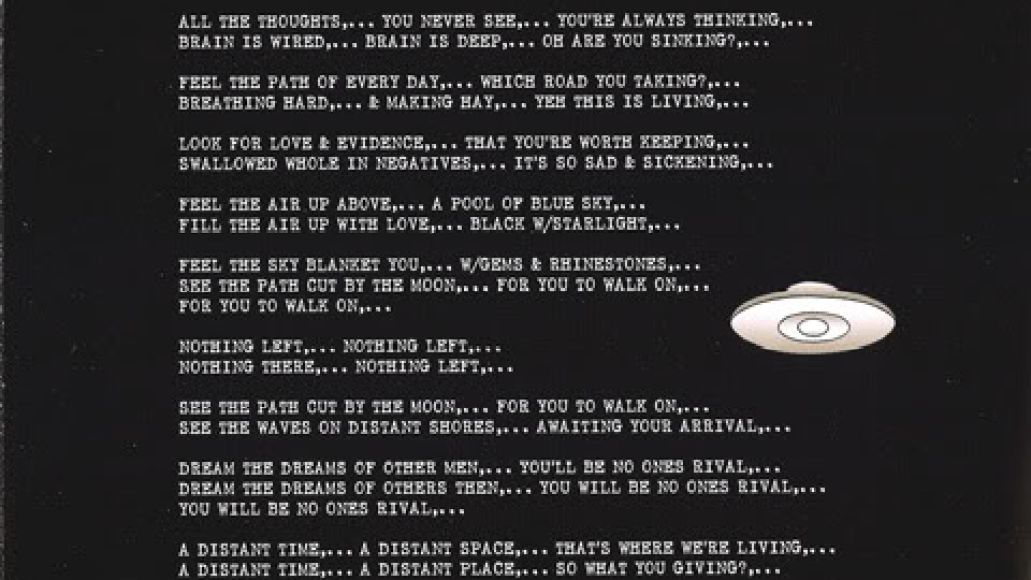 One of Pearl Jam’s longstanding charms has been their versatility. They can go from breakneck fast to campfire-pleasing in the blink of an eye. I realize the dyslexically-named “Unthought Known” is primarily electrified, but it’s the song on this list that most reminds me of their legendary 1992 MTV Unplugged session. The words are also refreshingly uplifting; it’s almost as if it took them long enough to figure out they don’t have to be so angry and bitter to get people to like them. 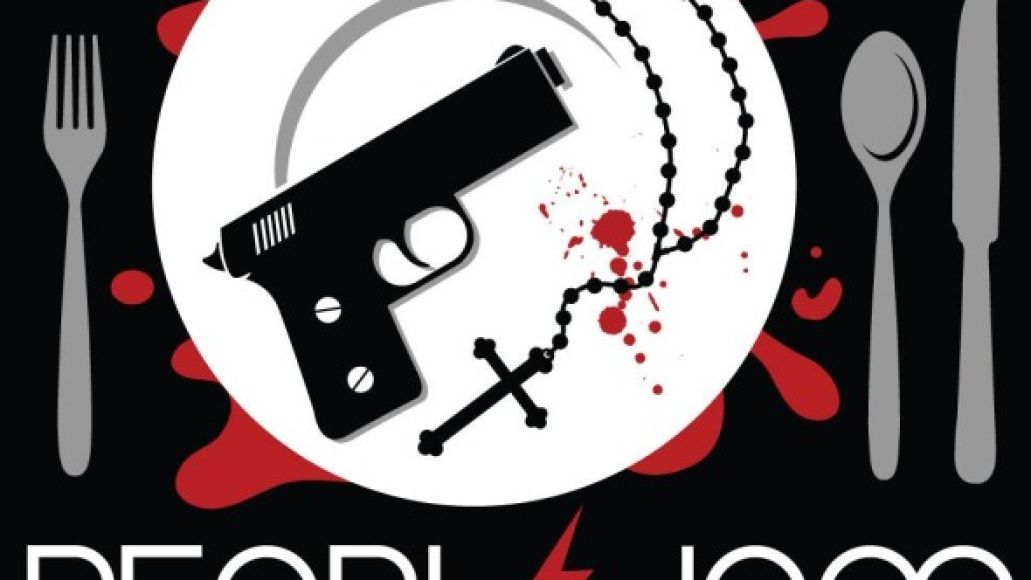 Talk about a return to form. From the moment Vedder barks about how he’s got an unfortunate feeling, “Mind Your Manners” grabs you by the throat and doesn’t let go for the next two-and-a-half minutes. Some have criticized half-heartedly that there are similarities to “Spin the Black Circle” from nearly 20 years ago, but most fans only hear the respect Pearl Jam is paying to punk contemporaries who paved the way for them – X and Bad Religion are two which immediately come to mind for me. 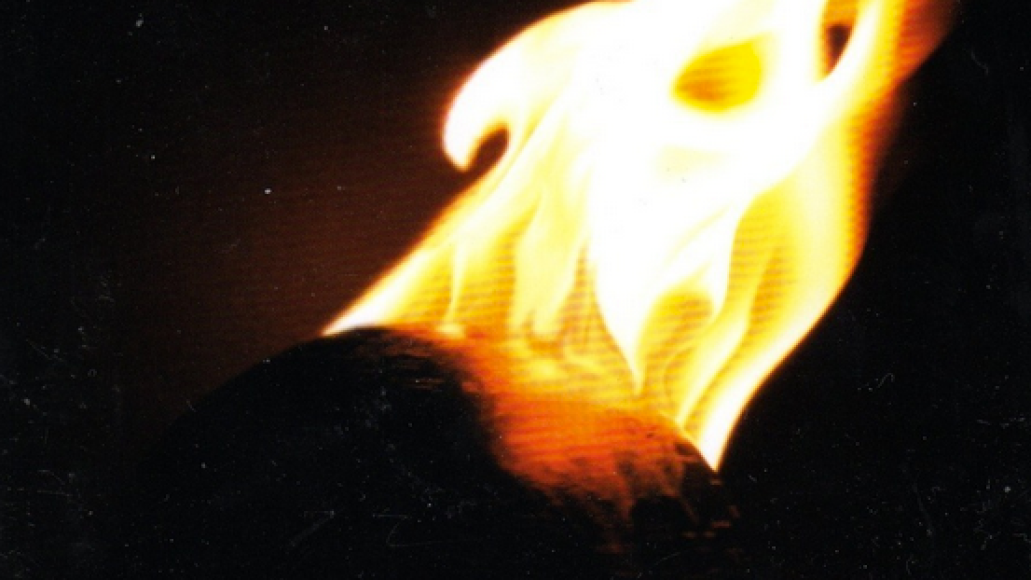 Despite its bleak title, there’s a lot to like about “World Wide Suicide”, Pearl Jam’s only song of the 2000s to hit #1 on Billboard’s Alternative Songs chart. (Well, so far.) The bitter number employs one the most enjoyably shoutable choruses in their catalogue and the mesmerizing Van Halen-esque fret tapping ain’t too shabby, either. Like the wine I mentioned earlier, Pearl Jam is getting better with age, and louder too. 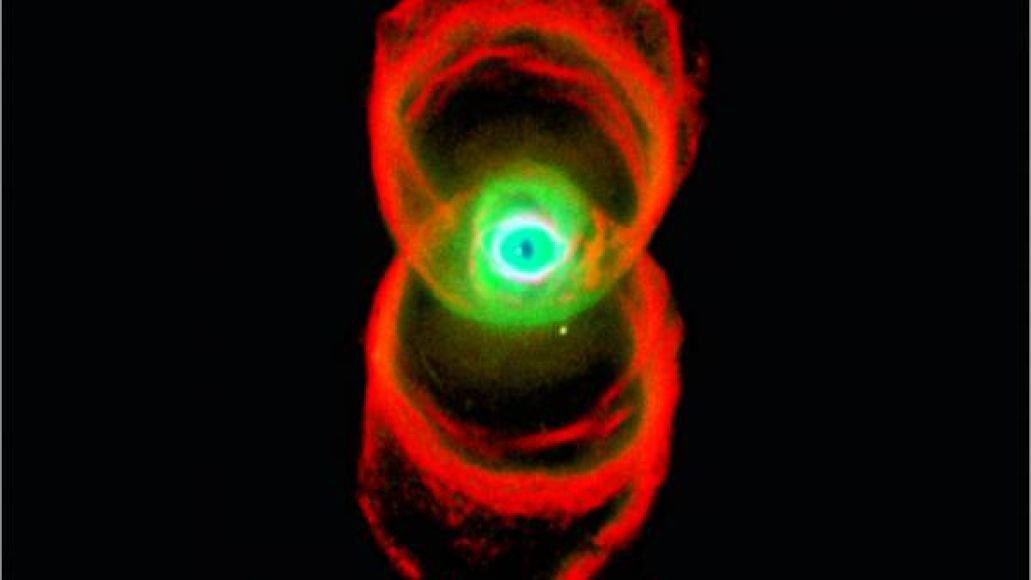 The beginning of the new millennium was an experimental one in music, especially for Pearl Jam with Binaural. It was also a tragic year for the group, due to an overzealous crowd at Denmark’s Roskilde Festival. It’s a tad unfair, but for me, the incident’s clouded much of the album’s material, specifically “Insignificance”. That elevating solo and Vedder’s helpless vocals almost feel like an eerie foreshadowing of what went down. The emotion runs full tilt here. 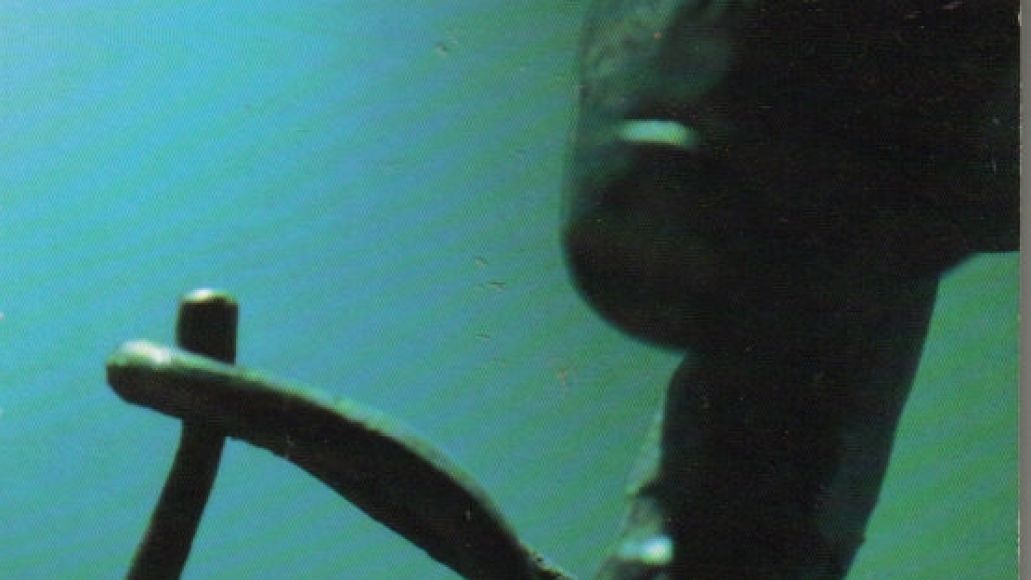 Riot Act didn’t mark the first time Pearl Jam slowed songs down to an almost contradictory, folkish pace, but it was the album where they began integrating rich-sounding instruments like the organ courtesy of unofficial sixth family member Boom Gaspar. The band were still in an awfully dark place here, and “I Am Mine” is a reflection of this, as it’s brooding and menacingly deliberate in its delivery. At the same time ,though, it’s classic Pearl Jam that’s welcomed warmly by their loyal fans at any concert.

Pearl Jam is arguably at their best when their songs are born out of anger. There’s no mincing of words with a title like “Grievance”, another hard rocker from Binaural. You can hear the band’s growing frustration towards their homeland government, specifically the “W.” Bush administration as Vedder gnashes his teeth and spits out spiteful, bordering-on-unpatriotic lyrics such as “pledge your grievance to the flag.” Matt Cameron’s subdued drumming on this song kicks our asses, too. 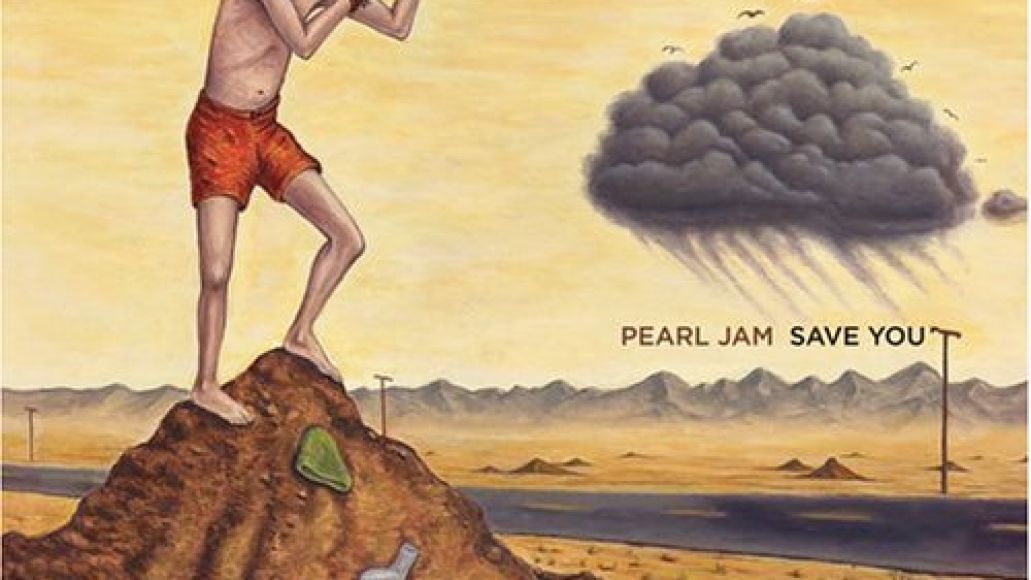 When Riot Act manifested in late-2002, we were in the full throes of the vaunted garage rock revival that saw bands like The White Stripes, The Strokes, The Hives, and The Vines battling for mainstream supremacy. This revitalized genre owed a great deal to the grunge Pearl Jam helped pioneer, and the veterans were still masters at delivering raw jams under four minutes that can whip a crowd into a frenzy, no matter where they are in the world. True transcendent rock. 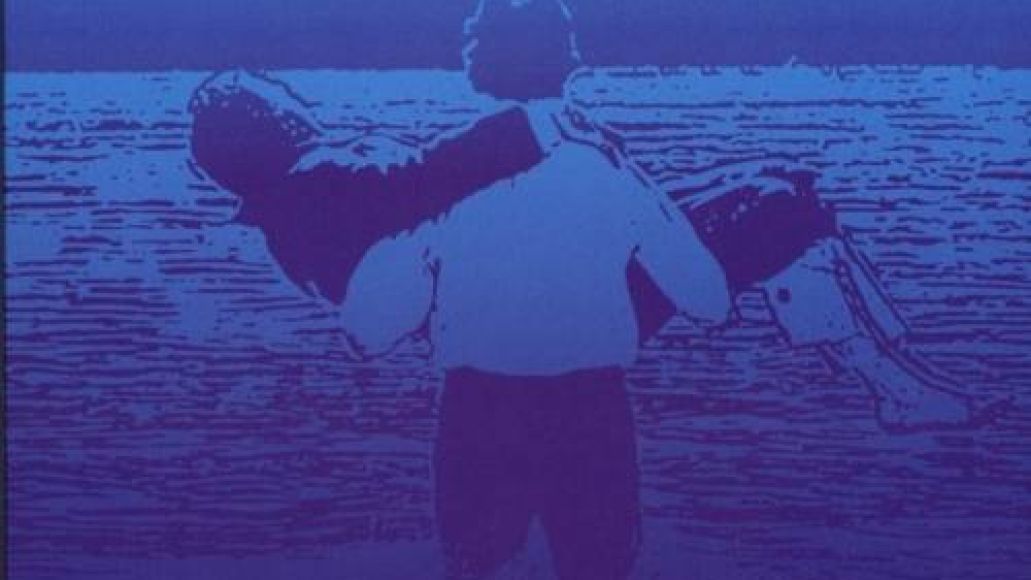 Pearl Jam are no strangers to film soundtracks. We remember them fondly for cameoing in longtime friend Cameron Crowe’s Singles, providing two songs to its still-iconic CD, and contributing other tracks for the silver screen such as their cover of The Who’s “Love, Reign o’er Me” for, um, Reign Over Me. Hell, Vedder himself scored Sean Penn’s Into the Wild, which now serves as his debut solo album. Though, Pearl Jam’s cinematic triumph remains “Man of the Hour”, as its dreamy, acoustic tone perfectly conveys and complements Big Fish director Tim Burton’s watery vision. 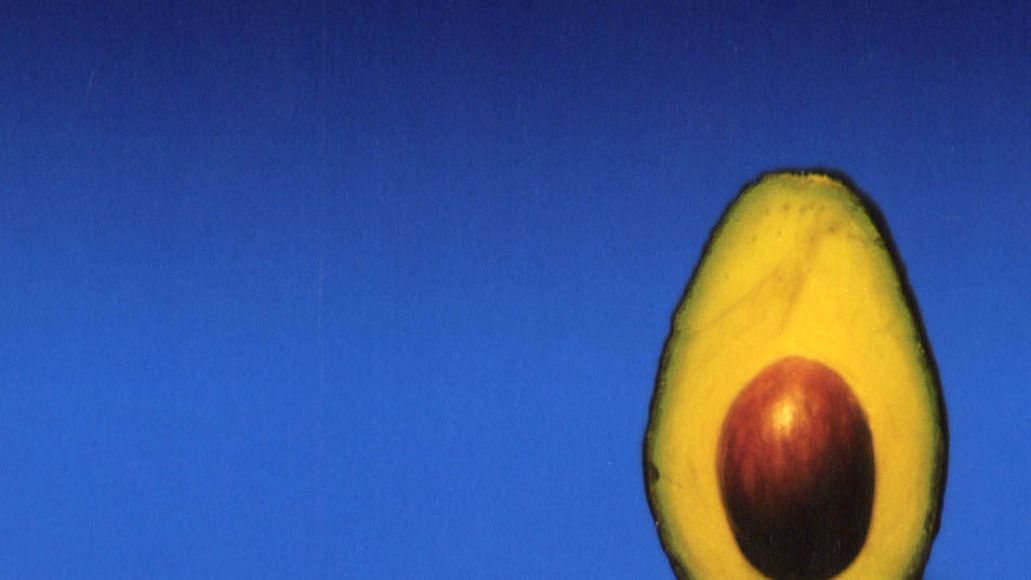 An underrated song from Pearl Jam’s highly underrated self-titled album. (Seriously, not enough has been said of their landmark break from Epic Records after more than a decade.) To date, “Severed Hand” serves as a superb set opener — I had the honor of hearing it tip off their 2006 North American tour at Toronto’s Air Canada Centre — namely due to McCready’s unforgiving guitar. If you’re not heaving and hawing after, you might need to hang up the Chucks and flannel yourself. 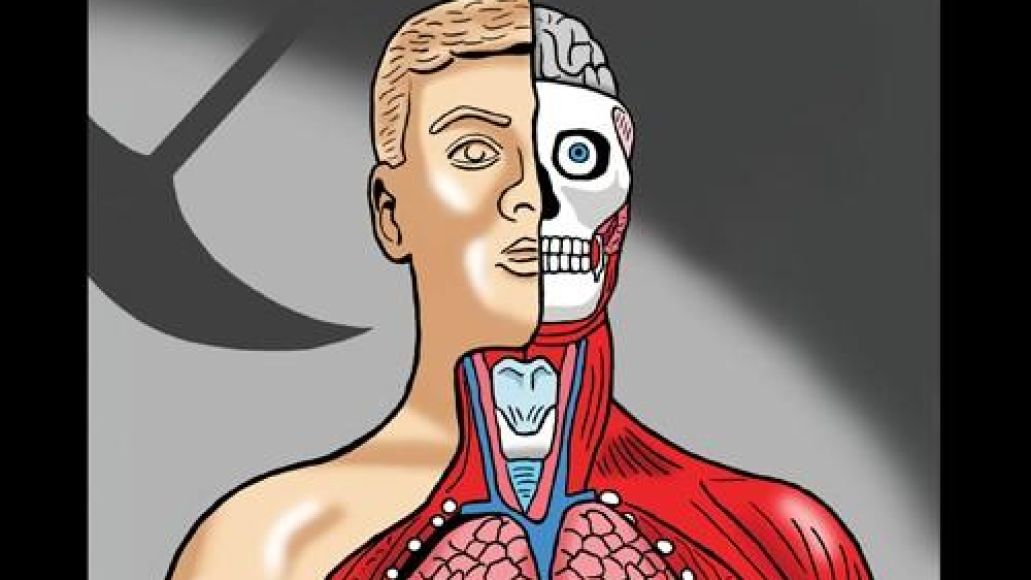 I think I’m in the right to say Backspacer is Pearl Jam’s most commercial album to date. They had a big-time distribution deal with Target, and even played a corporate function for Big Red. There’s also a desensitizing that pervades throughout practically every track. Like it or not, this was their attempt at doing catchy pop rock and, man, did it work. Granted, Pearl Jam is never going to be mistaken for The Beatles, but I’d contend that “The Fixer” is just as fun to sing along to as, say, “Love Me Do”. To paraphrase Pet Sematary‘s Jud Crandall — ’tis the season, after all — sometimes, just sometimes, pep is better.