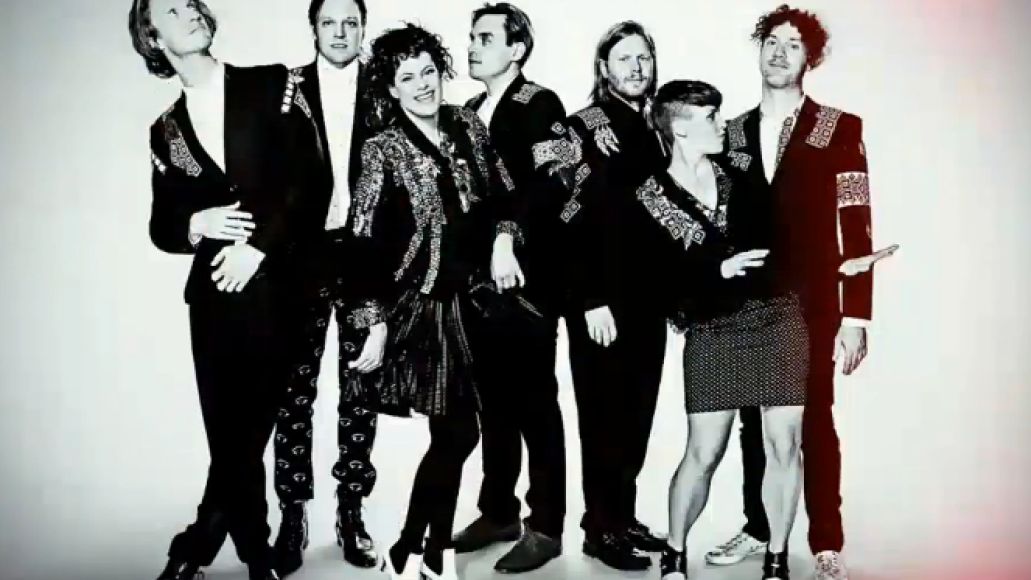 During their SNL performance and subsequent concert special last month, Arcade Fire revealed four new songs off their forthcoming Reflektor: “We Exist”, “Here Comes the Night Time”,  “Normal Person”, and “Afterlife”. Today, they’ve shared the lyrics to all of those songs, which are available for your reading pleasure below. You can head here to listen to all the performances while you begin learning how to sing along. 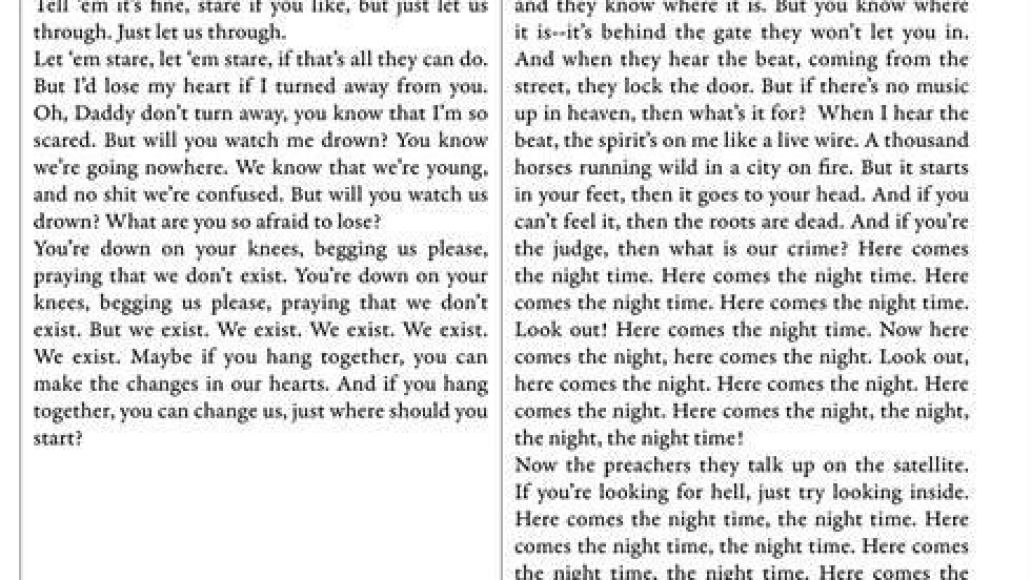 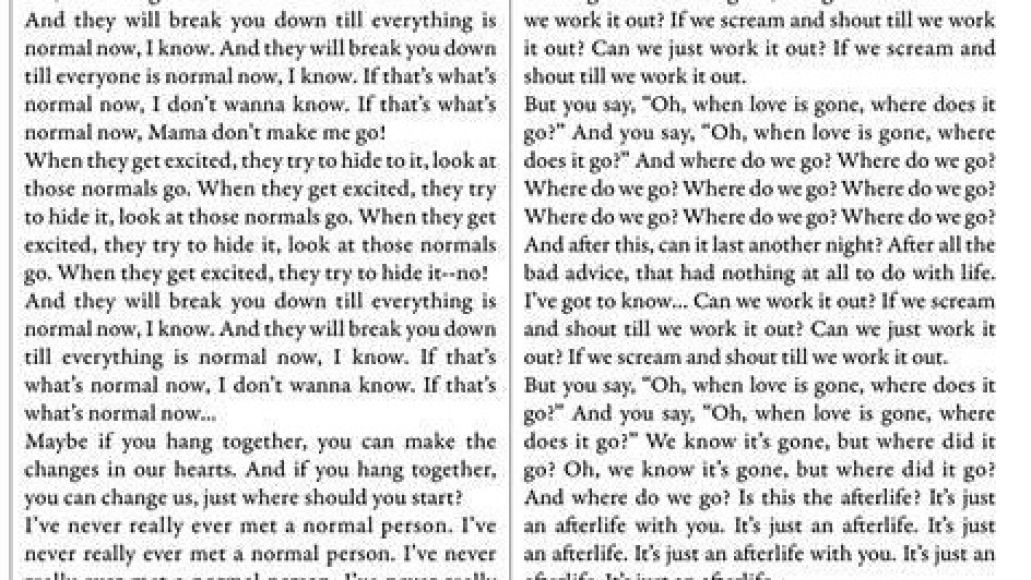 ICYMI: Arcade Fire recently previewed another Reflektor track, “Awful Sound”. They’ve also sorta-kinda announced shows for Brooklyn (October 18th and 19th) and Miami (October 24th), plus they’ve been confirmed as part of Neil Young’s Bridge School Benefit concert. Now if you’ll excuse us, we’re going back to Twitter to wait for whatever the hell these guys do next.