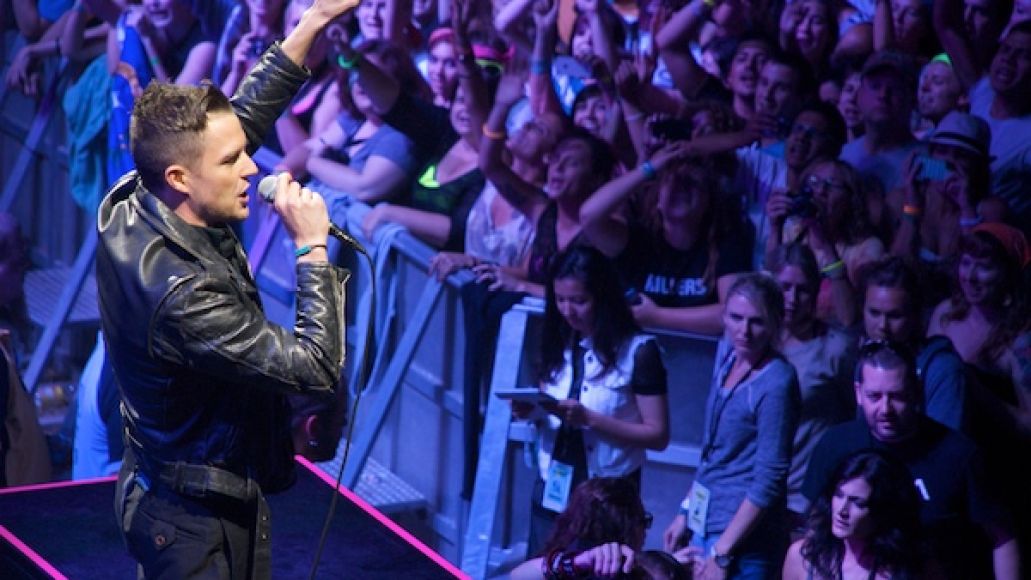 The Killers joined a long list of acts who’ve dedicated portions of their recent concerts to remembering Lou Reed. During their set at Las Vegas’ Life is Beautiful Festival over the weekend, the band performed a cover of The Velvet Underground’s “Pale Blue Eyes”. Watch the fan footage below.

Following the performance, Brandon Flowers told the audience (via Las Vegas Review-Journal) that he was “trying to rip off” Lou Reed’s Transformer when writing “All These Things I’ve Done”. He added, “It all went horribly wrong and became this damn song.”

The Killers and Lou Reed collaborated for the 2009 single “Tranquilize”.