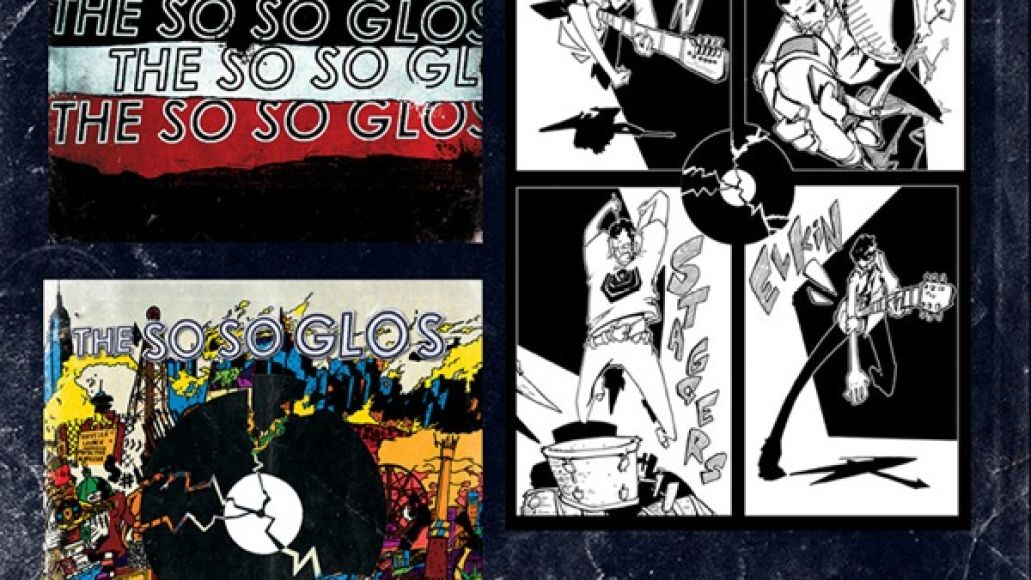 After eight years banging around their Brooklyn hometown, CoSigned pop-punk rockers The So So Glos finally started gaining national attention with the release of their recent LP, Blowout. Sadly, the DIY band’s earlier work has been hard to come by, as their previous label, Green Owl Records, bit the dust in 2011. Now, however, Votiv has stepped up to provide digital reissues of three early efforts.

The band’s 2007 self-titled debut is now available through their website, and includes a digital download of Blowout as well as the nifty 11 x 17 comic-style poster (seen above) for the first 100 orders. The bundle will be on sale until November, at which point a new package featuring the band’s ’08 Tourism/Terrorism EP will be released. December will see the release of the final bundle, featuring the 2010 Low Back Chain Shift EP. Each of those last two reissues will also come with their own limited exclusives.

Find the tracklist for the The So So Glos reissue below, followed by a clip of the band performing album tracks “We Got the Days” and “Black and Blue” in Washington, DC earlier this year.

The Glos just embarked on a tour with Desaparacidos, and you can see their full tour schedule below.

The So So Glos to reissue early, out-of-print records