This week, the Internet’s raging over the incredibly impressive debut of 16-year-old New Zealand singer-songwriter Ella Yelich-O’Connor, a.k.a Lorde. They have every right: “Royals” is one of the year’s top songs and she matched the hype with nine other bonafide hits. Of course, at such a young age, she’s unlikely to escape that side to her story — she’s not alone, though. Long before she had teenagers, young adults, or twenty- and thirtysomethings singing about “cutting [their] teeth on wedding rings”, several other young artists were walking in those very same footsteps. In light of this, Consequence of Sound decided to task themselves with a list of other similar greats under the age of 18, and rounded up 10 of their best albums. Just remember, if you have kids, there’s always a higher watermark for them to reach. Here’s proof. 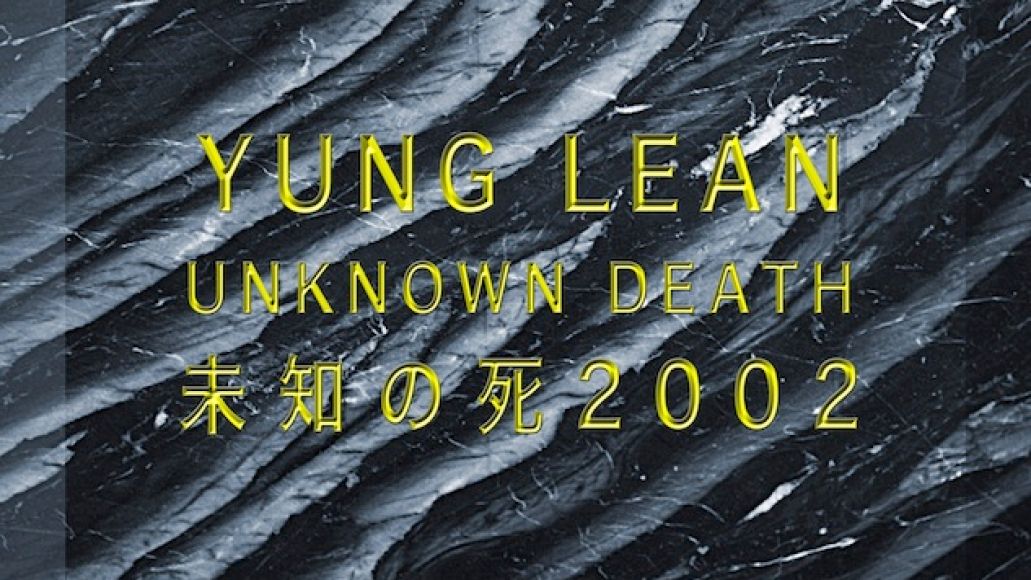 Yung Lean, the mysterious 16 year old rapper from Sweden, only has one mixtape to his name thus far. But boy is it a doozy, ripe with tripped out beats and lyrics fuming with drunken nostalgia. Unknown Death 2002, released in July by New York streetwear brand and hip-hop tastemakers Mishka, garnered some critical acclaim from sites like Noisey and helped pioneer the sadwave movement that continues to eek through the internet at the pace you would expect from a bunch of sad high kids. With legions of dedicated fans spread across the globe, Yung Lean is currently touring the parts of Europe that his visa will allow and has promised to tour internationally when he turns 18.

At that age, I was… certainly not as well versed in Hennessy and ecstacy as Yung Lean, but I definitely shared his passion for N64 and Space Jam. 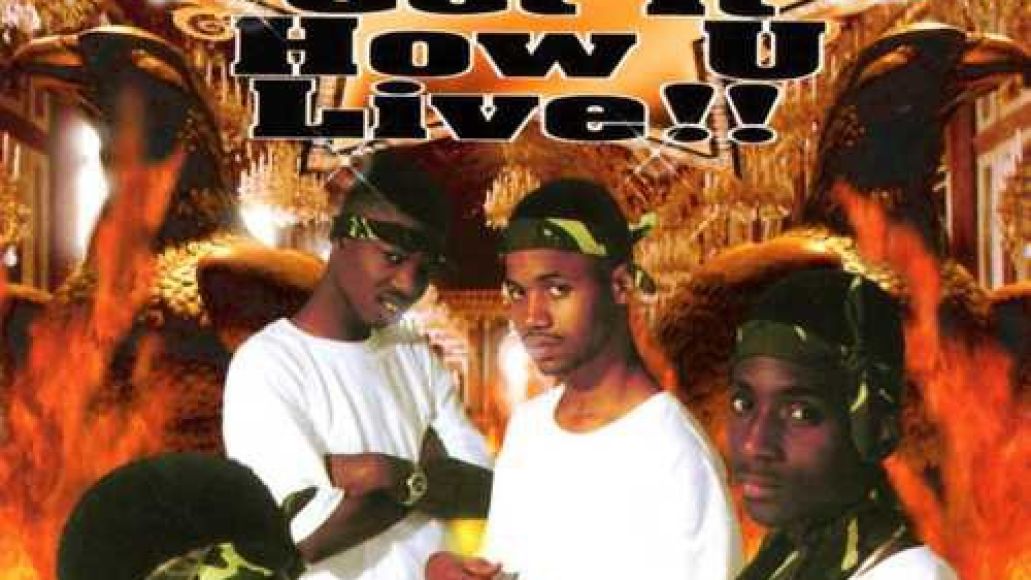 Prior to Tha Carter series, Lil Wayne tagged alongside B.G, Juvenile, and Turk as one the Hot Boys, Cash Money Records’ gangsta rap twist on the pre-packaged boy band dynamic popular at the time. Their 1997 debut, Get It How U Live!, offered a (surprisingly) charming synthesis of their four unique personalities through tales of slinging drugs, chasing girls, and unwarranted adolescent violence. Though, much props goes to producer Mannie Fresh, who assisted in streamlining their delicate balancing act between heartbreaking Lotharios and outright gangbangers. Peaking at #37 on the Billboard R&B chart, their debut arguably contributed to gangsta rap’s slow transition into the mainstream. It also gave us the glory of Lil Wayne, but that’s for another list entirely.

At that age, I was… just figuring out I could be outside after 10 p.m. on a school night. 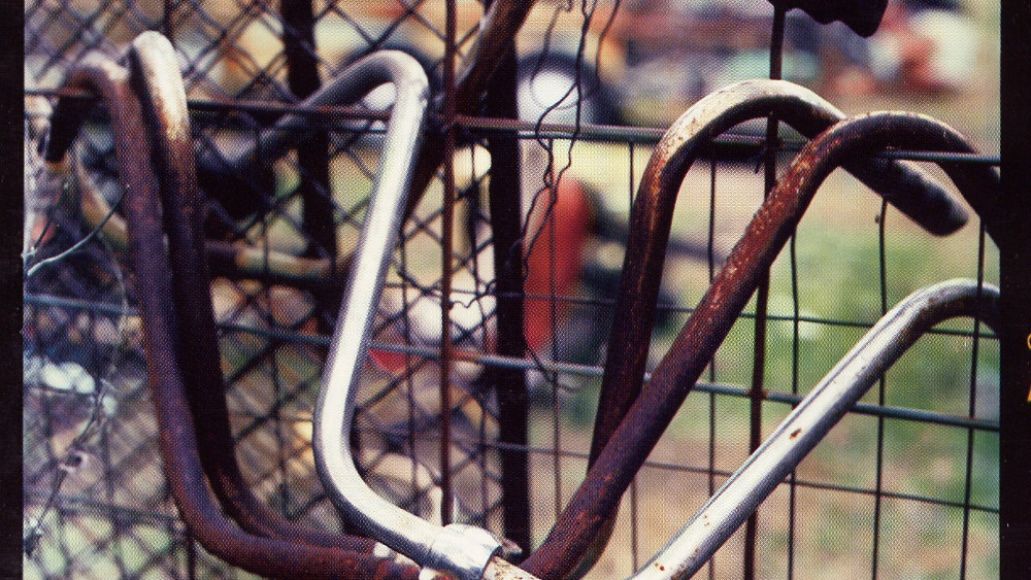 Sure, Ben Kweller seemed super-young when he released the charming Sha Sha, but his 21 years of age pushed him out of the boundaries of this list. Longtime fans, though, will remember Kweller’s earlier work in Radish. At the ripe age of 12, Kweller, drummer John Kent, and bassist Ryan Green formed the grungey Radish and began to make some noise in their native Greenville in Northern Texas. Their rush to the big leagues began when Kweller sent their sophomore record, Dizzy, to Nils Lofgren, but major label debut Restraining Bolt (released once Kweller and Kent had turned 16) crested the wave with crunchy guitar and decidedly, triumphantly teenaged lyrics. Angsty single “Little Pink Stars” cracked the UK charts, and the band performed on Conan, Letterman, and even the short-lived Weird Al Show.

At that age, I was… rolling straight from ultimate frisbee practice to D&D. Oh, and insisting that Adore was the best Pumpkins album. 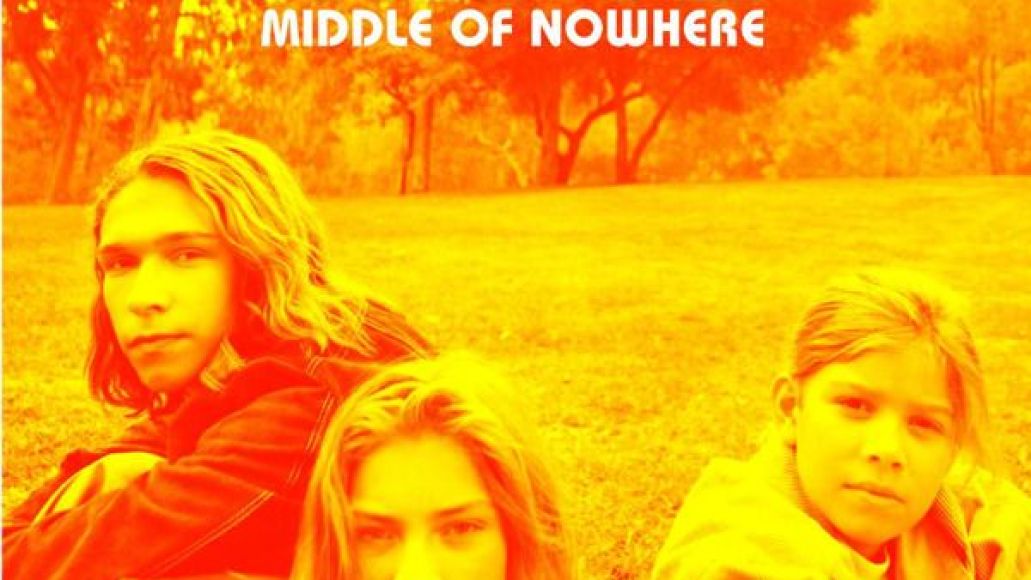 Before everyone started pleading the fifth, Oklahoma trio Hanson was laughing all the way to their family’s savings account with half the world’s money. Here’s the thing, though: I didn’t actually start appreciating their third LP and major label breakthrough, 1997’s Middle of Nowhere, until just about now. While it’s still too suburban and polished to be considered rock ‘n’ roll — or, at least the brand of R&R they desperately wanted (and only later achieved) — it’s an important album if only for its encapsulation of a certain time and place in music history. The globetrotting single “MMMBop” is the nadir of late ’90s excess in rock, where in the wake of mainstream hip-hop and pop, labels attempted to save their beloved rock with various crossovers into pop. It worked, but in the same way an umbrella handles its task for a few minutes in a hurricane.

What’s worth appreciating, however, is that while Hanson was clearly designed to push such an agenda, Middle of Nowhere hints that they at least tried to carve out something unique and creative. Yes, they commandeered a litany of musicians that rivaled Brian Wilson’s studio sessions for Smile, but that’s admittedly even more impressive given their age. And to be fair, “MMMBop” was simple and gimmicky enough to win over audiences all across the world, and they wrote it from the confines of their garage before any greaseball got their hands on it. Hell, if they were my kids, I’d sure be proud of them, even if I would rather listen to Clapton, or a Miller Light commercial, or somethi..

At that age, I was… stealing money out of my parents’ wallets to buy candy, rent video games, and get surf wax for curbs I was never going to grind. Also, hating Hanson for being able to do all of that on their own. 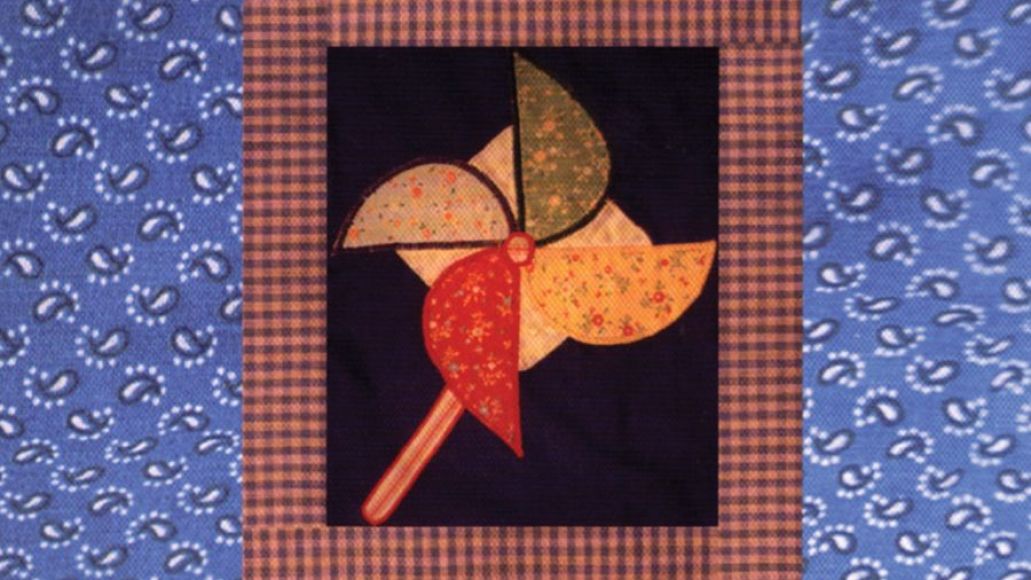 Released: January 1998
How old? Conor was between the ages of 15 and 17 upon recording.

Coming off of the mild success of the emo act Commander Venus, Conor Oberst decided it was time to make a splash with a second project prior to the age of 18. Oberst’s first record under the Bright Eyes moniker, A Collection of Songs Written and Recorded 1995-1997 spans Oberst’s years 15-17, a patchwork set ranging from wonky synth instrumentals to babbling near-nonsense. But the fragile adolescent moments (as when he sings “I can’t help noticing that she is sitting closer to me than she ever has before” on the minimalist “Exaltation On A Cool Kitchen Floor”) have the power to melt, break, or uplift the most hardened, post-18 hearts. Oberst has made his career exploring the depths of emotion, and most will recognize themselves in Oberst’s raw honesty here.

At that age, I was… burying myself in David Foster Wallace, throwing the candle into the furnace instead of just burning it at both ends, and denying that I was just as melodramatic as Oberst. 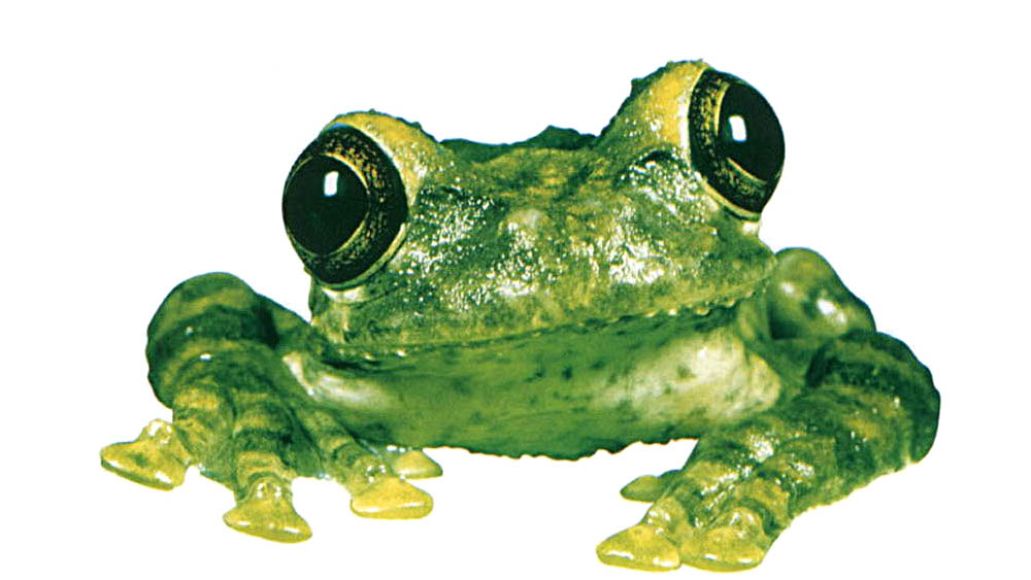 I remember watching the video for Silverchair’s “Tomorrow” and thinking it was wildly inappropriate for some upstart band to steal Kurt Cobain’s image. As the video continued, I realized it was actually someone else who was simply influenced by the recently deceased. My next discovery was a shocker: They were three teens from Australia, only slightly older than me. The grungy rocker wound up bringing frontman Daniel Johns and his young bandmates to the U.S., not to mention its accompanying debut full-length, Frogstomp. Alongside similar international export Bush, they, too, were accused of stealing from the popular “Seattle sound” and maybe they did. However, Frogstomp still landed in the U.S. Billboard Top 10 and went double platinum, so everyone bought what they were selling. It’s like “Fat Boy” Charles Caleb Colton once said, “Imitation is the sincerest form of flattery.”

At that age, I was… learning to drive with my Dad in the passenger seat down the road from our local Pizza Hut. 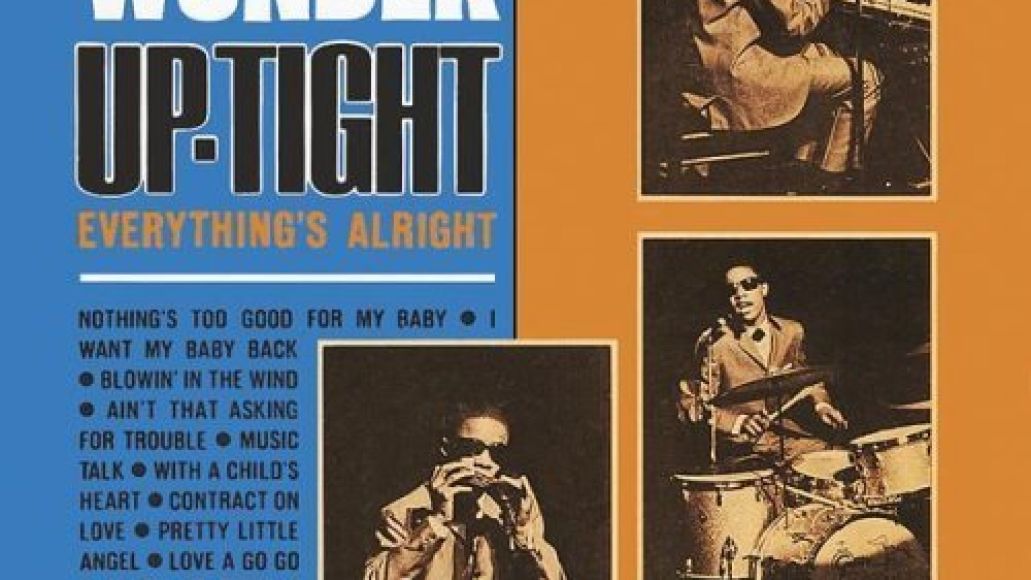 Though he’d already produced a few albums before the age of 16, the newly non-Little Stevie Wonder broke through into the public consciousness with Up-Tight. The big crossover came in large part thanks to a rich R&B cover of Bob Dylan’s “Blowin’ In The Wind”, but the Wonder co-written single “Uptight (Everything’s Alright)” climbed the charts, establishing the youngster as much more than his initial projection as the next Ray Charles. With support from Motown legends The Funk Brothers and an appearance from Levi Stubbs of the Four Tops, the album paid respects to the scene while also finding its own passionate voice in songs like the bouncy “Nothing Too Good For My Baby” and the optimistic ballad “With a Child’s Heart”.

At that age, I was… playing the saxophone semi-poorly in a jazz fusion trio and a pun-titled ska band (natch). 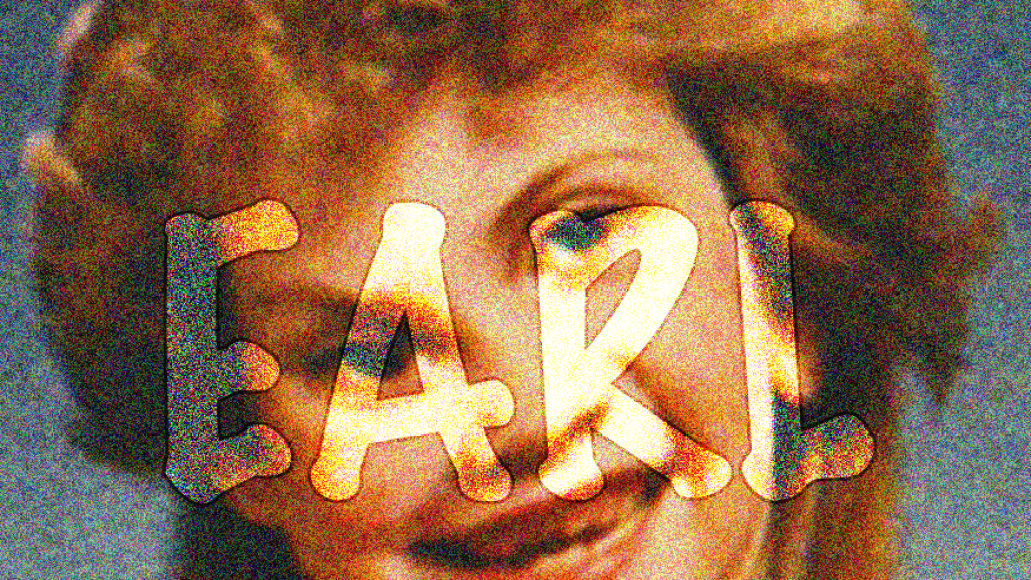 EARL, like the rest of Odd Future’s first projects, was a product of unrelenting youth. The pre-boarding school Earl Sweatshirt had internalized Eminem’s early shock-rap and was inspired to take boys-will-be-boys tropes to the extreme, rhyming of sodomy and mutilation among other wholesome pastimes. Of course, just as memorable as the controversial subject matter were his eternally dissectible lines, like these from the title track: “Sent to Earth to poke Catholics in the ass with saws/ And knock blunt ashes into they caskets and laugh it off.” Mostly produced by Tyler, the Creator, who was coming into his own as a beatmaker with spare, burbling instrumentals like these, EARL is one of the more singular debuts of the past few years.

At that age, I was… reading Dostoevsky and Joyce, hoping it would make me seem smarter than my precalc and chemistry grades implied. Also: napping. I was doing a lot of napping. 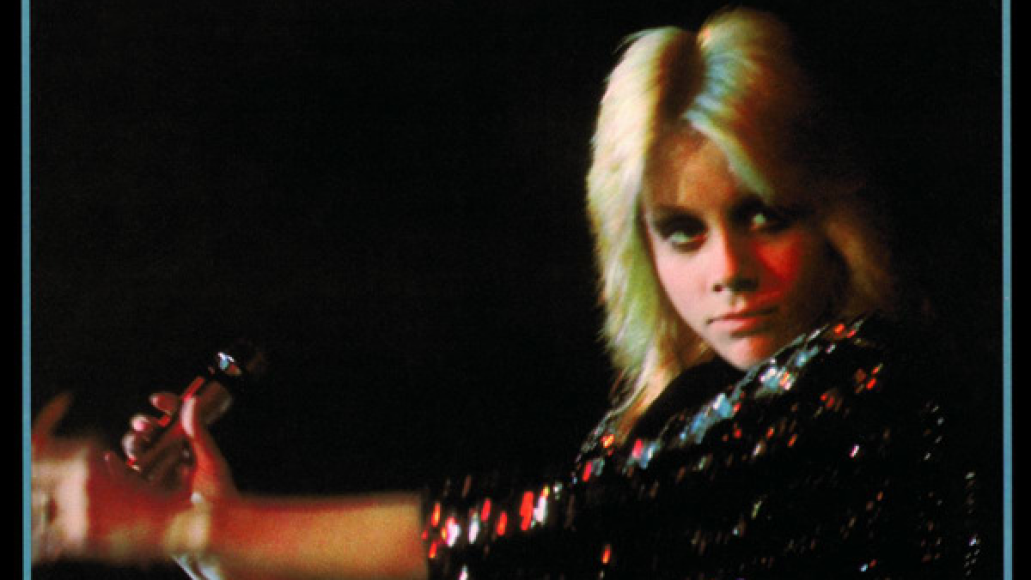 Is there a harder opening punch to the gut than “Cherry Bomb”? Maybe “Welcome to the Jungle”, or “Blitzkrieg Bop”, or “London Calling”, or even “Smells Like Teen Spirit”, but none of them feel as scandalous and/or dangerous as The Runaways’, ahem, runaway hit. Especially when you see the cover and think: That’s just a teenage girl! How? Wait, what? That’s still the mystique and wild card of Kim Fowley’s rag-tag group of female rock ‘n’ rollers, whose influence continues to be felt by confused teenagers with a penchant for leather across living rooms worldwide. In hindsight, their debut isn’t as sloppy as it should be, but that’s also what’s so impressive. Click through Nickelodeon or ABC Family: Could you imagine one of the show’s teenage female leads writing Blondie and Cheap Trick-rivaling tracks like “American Nights” or “Thunder”? It’s likely, but doubtful.

At that age, I was… learning the guitar, bussing tables, and trying to get laid, all to miserable results. 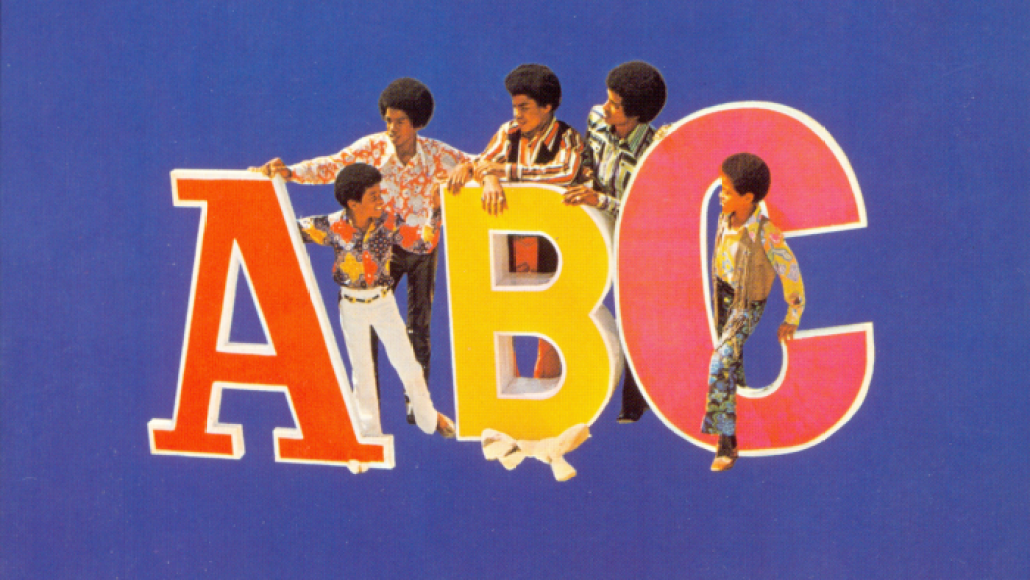 The five Jackson brothers from Gary, Indiana had already made a name for themselves with their 1969 debut record and its breakout single, “I Want You Back”. ABC, however, had two number ones: the title track and “The Love You Save”, the former even knocking The Beatles’ “Let It Be” off the top of the charts. With a slew of covers – including a powerful and poignant take on The Supremes’ “The Young Folks” – and chart-topping success, Jacksonmania had swept the nation. The band’s sudden status as Motown’s top performer led to a revolution in merchandising, with everything from coloring books to posters bearing the J5 heart logo. The album’s legacy is clear, with little Michael growing up to be the most beloved pop star of all time and everyone from ‘N Sync to Menudo following the Jacksons’ lineage.

At that age, I was… phoning into my local oldies station requesting songs like “Rockin’ Robin” and “ABC”.