There hasn’t been a lot of rock music on the countdown lately, but that changes this week. We’ve got a fleet of punk bands trying out genre experiments and some others sticking to tried-and-true power chords. Even Lars Ulrich’s son makes an appearance. So, crank it up, and let out some aggression. 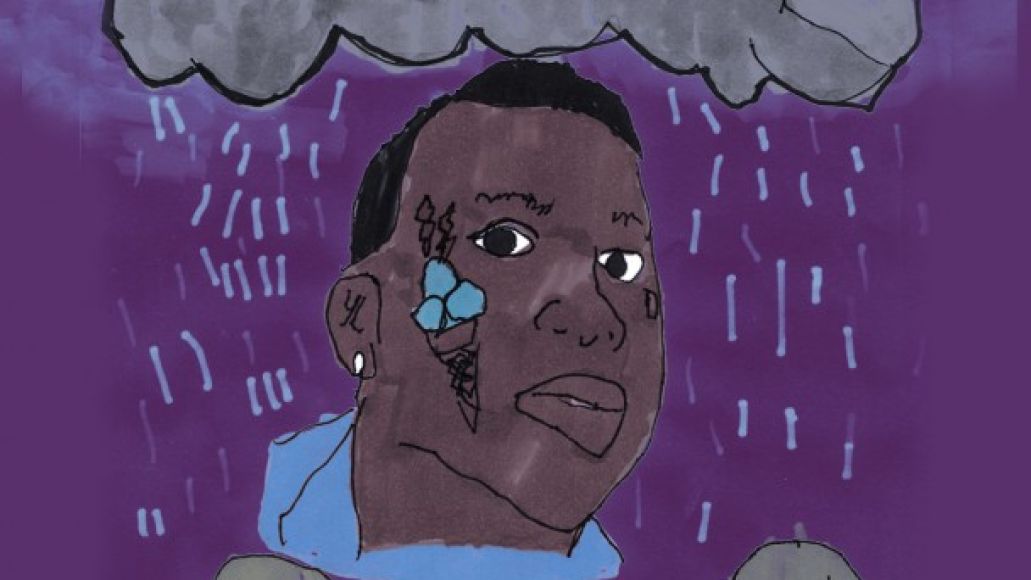 In gazing far from the city limits on the cover of The Dig’s upcoming EP, You & I, dreams of fading clarity and losing your way arise. “You and I Lost Control” places this panic through glowing vibes of dream pop, starting from lush piano keys floating amongst clean falsetto delivery and subtle acoustic guitar textures. Vocalist Emile Mosseri dissects this adventure with accidental navigation, “moving with the sun in our eyes/ we really tried to slow down.” Such a view reveals that they have “lost control” and “drifted too far,” leaving them to rely on each other to rediscover their path. Their adventure will develop further with the release of You & I on October 22nd. –Sam Willett 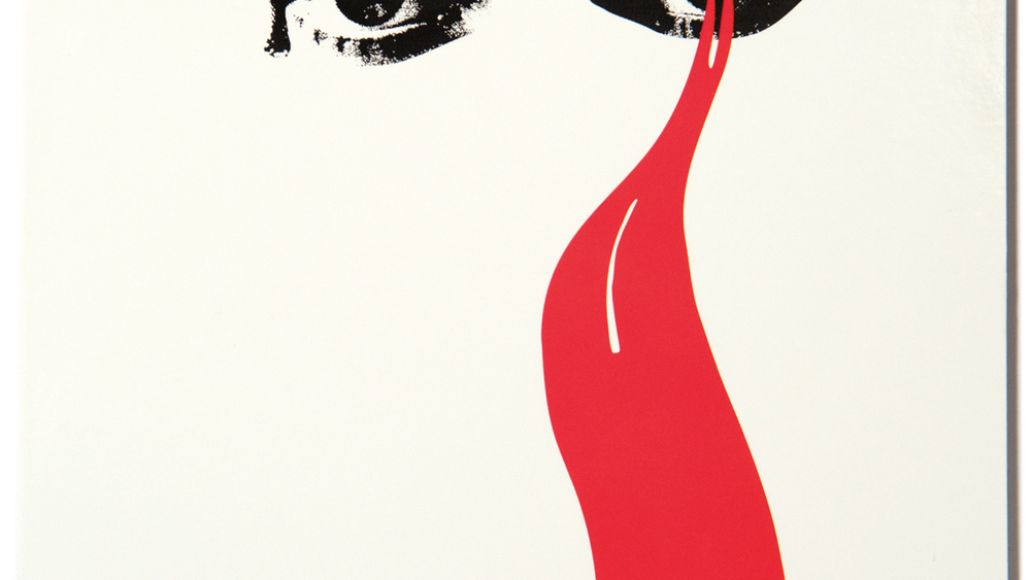 The press release for Josh Berwanger’s Strange Stains describes his music as Tom Petty-esque pop with lyrics fixated on “fear, loneliness, and frustration.” An apt description, as lead single “Baby Loses Her Mind” follows an anxious girl who can’t seem to get romance right. It’s a slice of bright guitar pop, with jangly chords, warm melodies, and a rustic simplicity. Jim Macpherson (of Breeders and Guided by Voices) plays drums on the track. –Jon Hadusek

Some producers lift perfect samples to build momentum for a track, but gradually force them to disappear once dominant textures take precedent. Blood Diamonds not only instantly addicts listeners to the rhythm-infused breaths that commence his newest single, “Oska”, but also sets the human experimentation as a  foundation, dovetailing its epic drops into the same, calming heartbeat. Instead of shifting between high and low ends on the heart-monitor, Blood Diamonds finds a medium that allows listeners to coast along the entire track in a hazy, relaxed atmosphere. –Sam Willett

Following up on the excellent Light Up Gold, Brooklyn punk rockers Parquet Courts are dropping the Tally All the Things That You Broke EP on October 8th (via What’s Your Rupture?). A mish-mash of post-punk dabblings, the five-song release is a little uneven, but it does include the hilarious, Beck-ish hip-hop experiment “I’m Seeing Paths”. To a beat of bottles, cans, and clapping hands, Andrew Savage raps one of the laziest raps ever rapped, and follows it with a horrible guitar solo. However, it is oddly charming. Parquet Courts favor sense of humor over ego, so even when they’re just fucking around, like on this song, it’s still entertaining. –Jon Hadusek 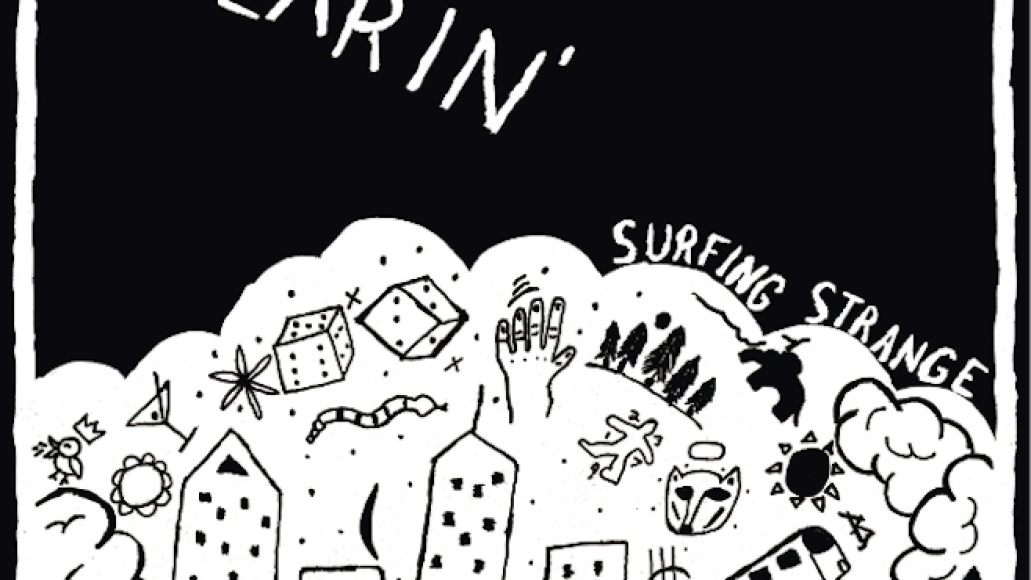 The newest cut from Swearin’ newest cut, “Dust in the Gold Sack” further proves Allison Crutchfield and Waxahatchee’s Katie Crutchfield to be the princesses of girl rock, not to mention twin sisters by birth. The driving distortion following the song’s acoustic intro truly produces “cracks in the ceiling,” which continuously grow in size until its climatic fast-strumming outro leaves the track totally roofless. The band’s sophomore album, Surfing Strange, will be released on November 4th. –Sam Willett

While Sinead O’Connor places distorted madness behind her triumphant vocals on the original recording of “Jackie”, Iceage resurrects her agony with even more torturous and haunting chaos in the forefront. The band replaces O’Connor’s paced guitar strums with screeching effects and a powerful drive, backed by droning bass and tom-based velocity. Elias Rønnenfelt’s vocal sneers drive her  lyrical agony to a staggering high, especially in its repetitive longing for the song’s lost “Jackie-oh.” The track will be pressed on 7″ vinyl, also featuring a cover of Bahumutsi Drama Group’s “To the Comrades”, on November 19th via Matador. –Sam Willett 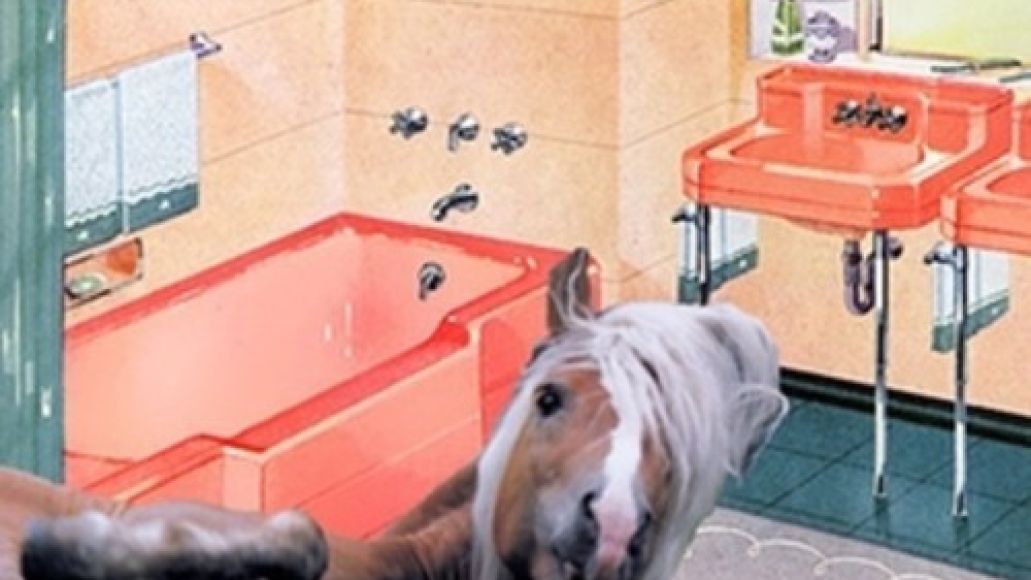 White Lung’s last album, Sorry, was a thrashy, temperamental punk record, and one of the most slept-on releases of 2012. The Vancouver quartet’s personality comes from its lead singer, Mish Way — a girl with a crazy howl and a bad attitude. Her lyrics are blunt statements of intent, tell-offs, and sinister remarks. On “Blow it South”, she might be a little too blunt: “As I take you to the shower/ we’ve got an hour or two/ let’s blow it south and you’ll come out ’cause I made you.” Way sings in less than her usual scream, here; the melody’s deeper. It almost sounds like a metal song, with guitarist Kenneth Williams connecting complex riffs together at fast speeds. It’ll be the A-side of a new 7″ that drops on November 11th (via Deranged). –Jon Hadusek

Fucked Up’s David Comes to Life was a punk opera spanning 78-minutes of hardcore majesty, and the most recent addition to their Zodiac series, “Year of the Dragon”, cracks at the same ambition with a 15-minute survey of drone, psychedelic textures, and in-your-face hardcore force. The guitar-dominated lineup utilizes every set of strings to pronounce epic movements of distorted madness, all conducted by the lovable frontman Pink Eyes. Aside from utilizing his band-leading baton, Pink Eyes unleashes continuously heated vocals, each scream crafted with excitement and passionate anger. “Year of the Dragon” has no set release date yet, but we can look forward to news concerning  Fucked Up’s upcoming LP, which is “coming to a head,” according to Stereogum. –Sam Willett 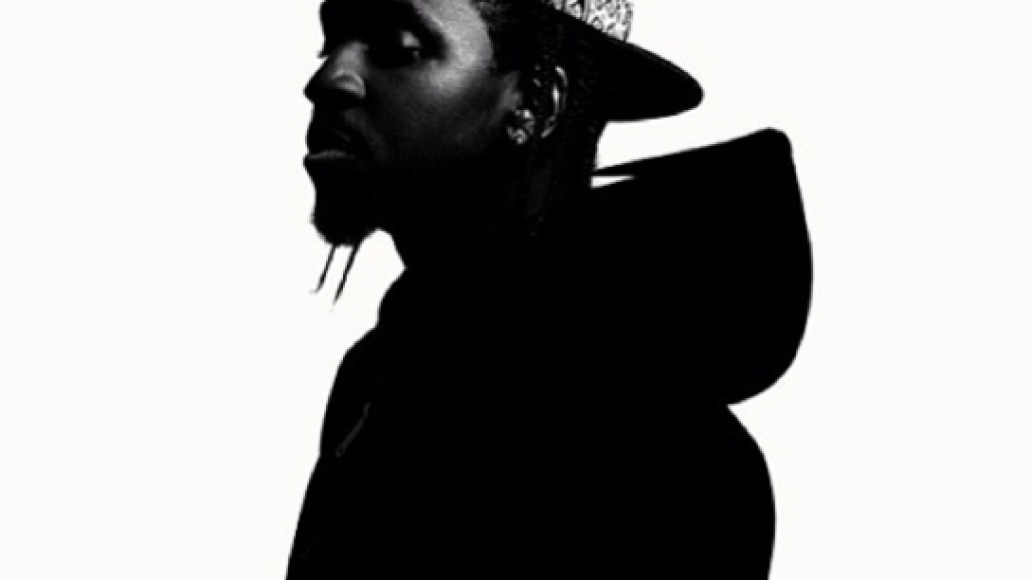 Nobody knew who produced Pusha T’s “King Push” — the lead track off his forthcoming LP, My Name is My Name (out October 8th via Kanye West’s G.O.O.D. Music). It was first reported to be Joaquin Phoenix, who gave it to West; however, according to Pusha, it turns out that the beat was made by Metallica drummer Lars Ulrich’s son, given to Phoenix, and then passed on to West. No matter who made it, the machine-gun snares and cut-up vocal samples are devastating, and Pusha’s words are equally menacing, as he calls out the posers: “Vultures to my culture/ exploit the struggle, insult ya/ they name dropping ‘bout ‘caine copping/ but never been a foot soldier.” –Jon Hadusek