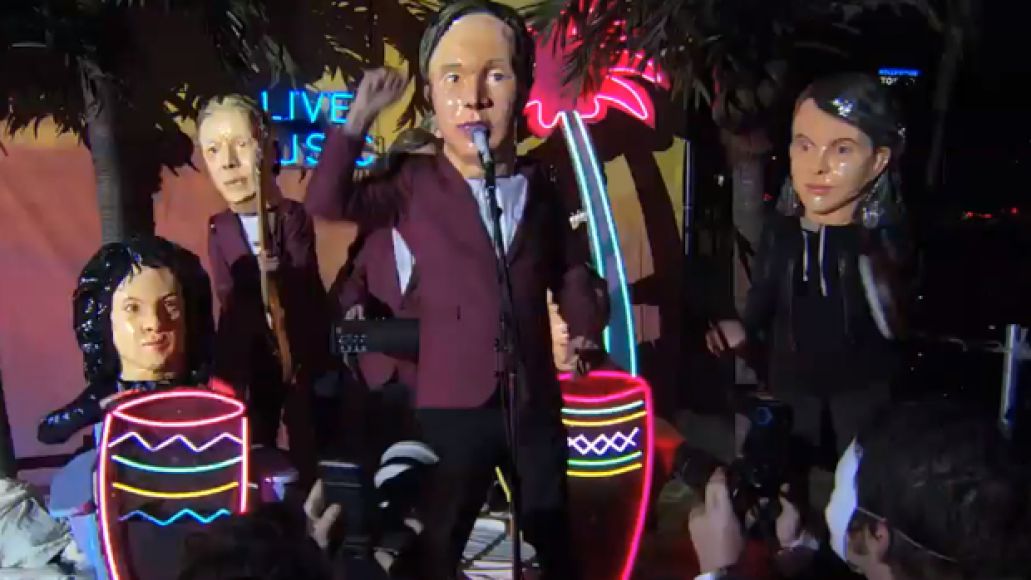 Last night, Arcade Fire celebrated Reflektor with a record release show at the Capitol Records Tower in Los Angeles, which was streamed in full online. A portion of the set, specifically performances of “Flashbulb Eyes” and “Afterlife”, was also aired on Jimmy Kimmel Live! — which you can replay below.

Arcade Fire has one more California gig on tap before they head to Europe for a mid-November jaunt. See those dates below.