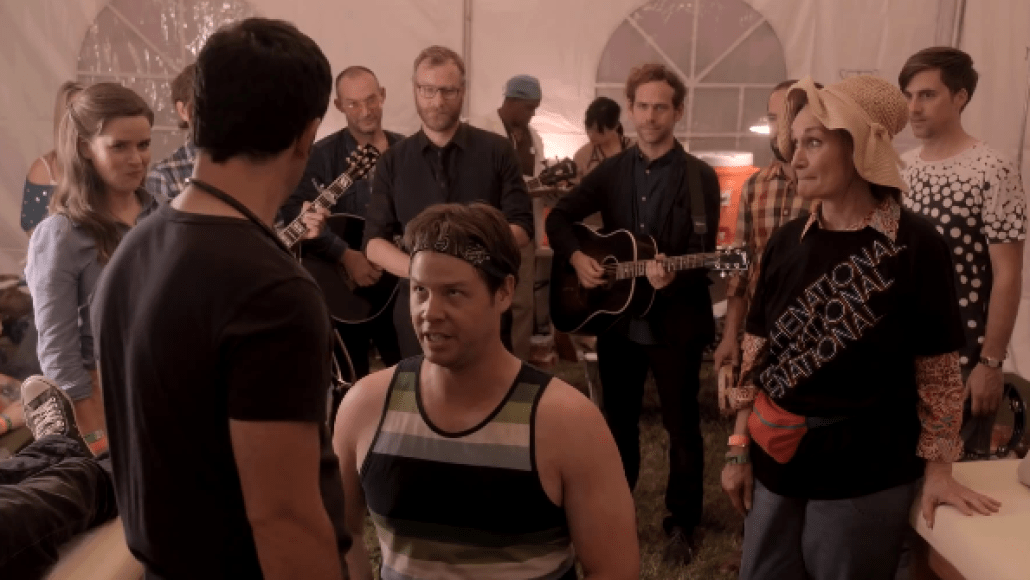 In case you’ve foregone all TV following Sunday’s Breaking Bad finale (I about smashed my set in sadness/anger), The National made their television debut on last night’s episode of FOX’s The Mindy Project. *Spoiler Alert* The band served as headliners of the fictional Pennyfarthing Music Festival and performed an acoustic version of “This Is the Last Time” to serenade Danny and Morgan’s “engagement.” Frontman Matt Berninger also showed off his acting chops with a whopping three lines of dialogue. Replay the full episode below via Hulu (The National bit begins at the 17:15 mark.)

Video: The National on The Mindy Project