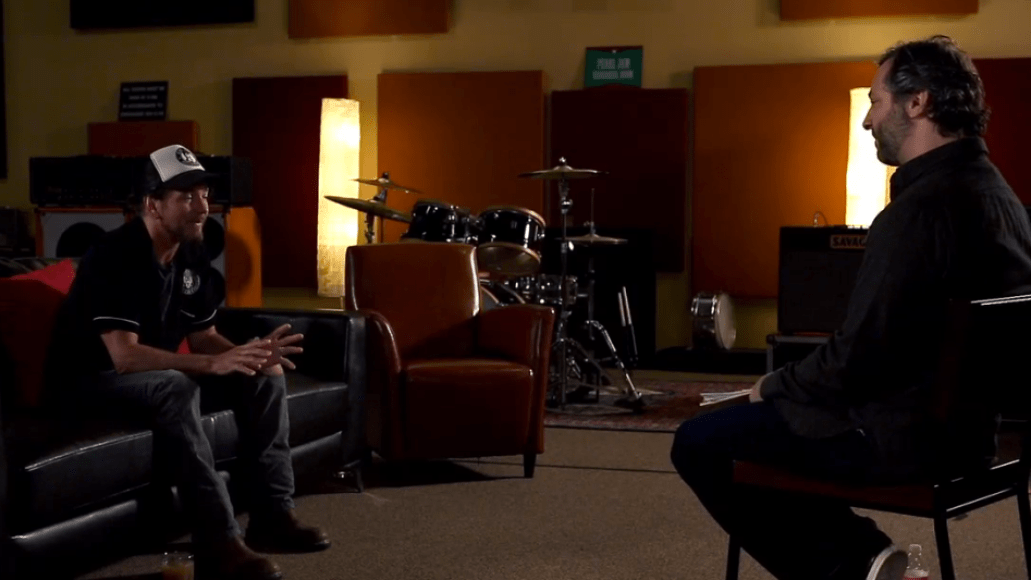 Pearl Jam chose a different approach in promoting their forthcoming LP, Lightning Bolt. Rather than take part in a tedious press junket, the band had a few of their closest friends interview them. These discussions with filmmaker Judd Apatow, Wild Flag member and Portlandia star Carrie Brownstein, four-time world champion surfer Mark Richards, and former NFL player Steve Gleason were featured in a recent short film chronicling the making of Lightning Bolt. Now, all four interviews have been shared in their entirety.

You can watch Brownstein’s interview with the band at IFC’s Facebook page, while the other three are embedded below. The conversation with Gleason was part of a story aired by ESPN, which focused on Gleason’s battle with ALS and his relationship with the band. In all, it’s over two hours of interview footage.