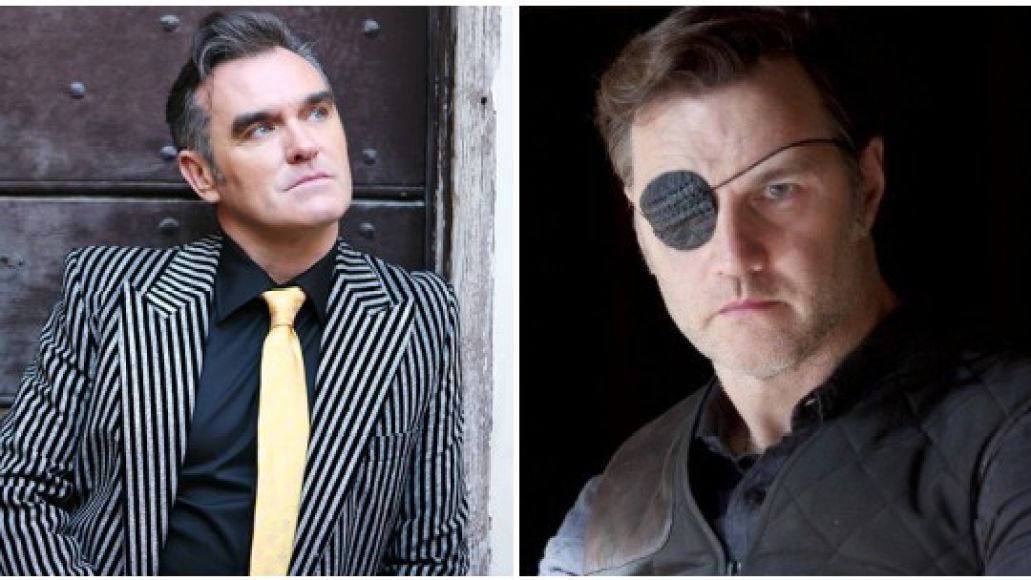 Morrissey will release an audiobook version of his Autobiography. It will be read by Morrissey, too — just not that Morrissey.

As True to You reports, English actor David Morrissey (a.k.a. the Governor from The Walking Dead) has recorded the “complete and unabridged” voice over for the book’s digital release, set for December 5th. As previously noted, the 457-page tome covers the singer’s entire life, from his early years with The Smiths to his career as an acclaimed solo artist. It includes revelations about Morrissey’s status as a “humasexual”, his legal troubles following the release of “Margaret on the Guillotine”, his near-kidnapping in Mexico, and how he often wishes he were dead. Read a more detailed account here.

The book will receive its US release on December 3rd.

Audiobook version of Morrissey's Autobiography to be read by David Morrissey