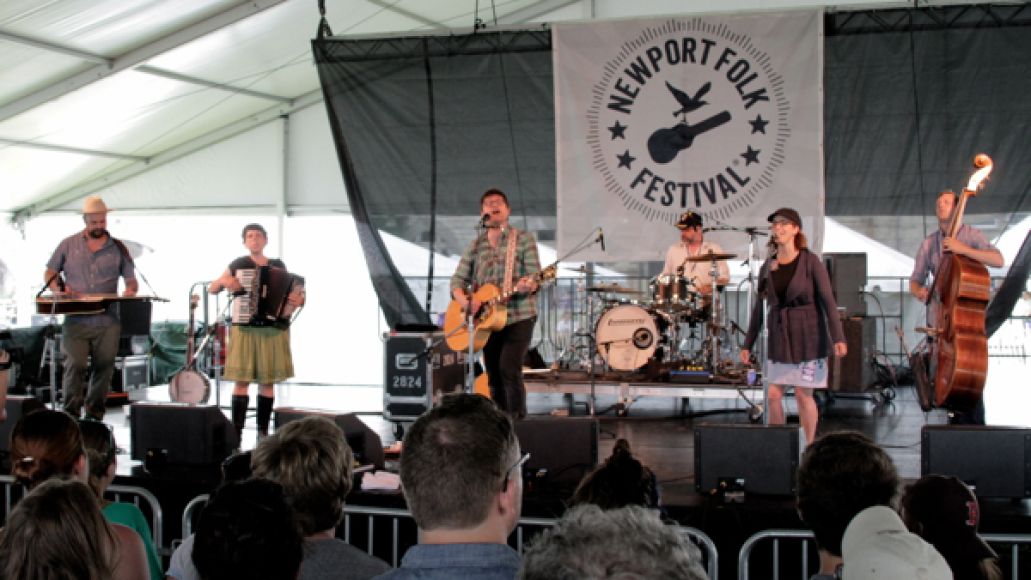 Colin Meloy recently sat down with Rolling Stone to discuss his upcoming solo tour, which coincides with his latest covers EP, Colin Meloy Sings The Kinks. During the chat, Meloy let slip that a new Decemberists album may be coming sooner than you think.

“2014 will be about [my] new book,” Meloy explained, “and I’m starting to dabble with [new] Decemberists stuff. We’ve been hanging out, and I’ve been writing new material specifically for the band, so I expect sometime in the fairly near future that there will be a Decemberists record.”

Meloy went on to say he’s been away from music for “three or four years” (The King Is Dead came out three years ago this January), but that he’s ready to get back into things with his band. “We’ve been going fairly strong for 10 years, and it just felt like we were due a step away just to work on other pursuits to keep the juices flowing, to not stagnate or anything. Hopefully, we’ll come back a fully refreshed band with a new perspective.”

Meloy also promised dust off “songs [The Decemberists] recorded in two minutes in 2004 and put on a Kill Rock Stars B-side” on his Kinks solo tour, which kicks off tonight in New York. See the full docket below.