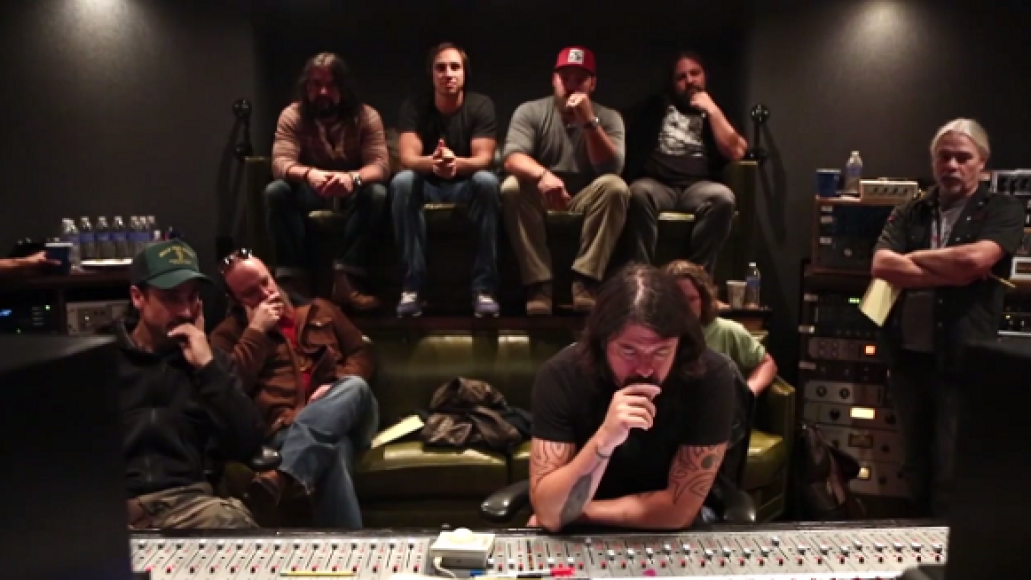 Zac Brown Band has announced the release of their collaboration with the world’s busiest collaborator, Dave Grohl. Grohl produced and drummed on the EP, which led to the flattering title The Grohl Sessions Vol. 1. Out on iTunes December 10th from Brown’s Southern Ground Artists label, the four-track release was recorded just last month at Nashville’s freshly minted Southern Ground Studios.

Earlier this month, ZBB and Grohl revealed their project with a performance of the song “Day of the Dead” at the Country Music Awards. Other tracks include “All Alright”, “Let It Rain”, and “The Muse”, the latter of which is a cover of South Ground signees The Wood Brothers.

The EP was tracked to analog tape, a decision Grohl made after being impressed with ZBB’s talent. “The band is so good they can be tracked live,” he explained to Rolling Stone. “We didn’t fuck with computers, we tracked live, four-part harmonies around one microphone. It’s rocking. I didn’t know what [the band] was [prior to this]. People are like, ‘Oh, it’s country.’ ‘No, it’s not, it’s like the Allman Brothers.’ ‘No, it’s not, it’s jam band.’ I don’t even know what you would call it, it’s fucking great.”

The Grohl Sessions Vol. 2 will follow next year, along with physical releases and a making-of documentary. Below, watch a video featuring interviews, behind-the-scenes footage, and snippets of the new material.