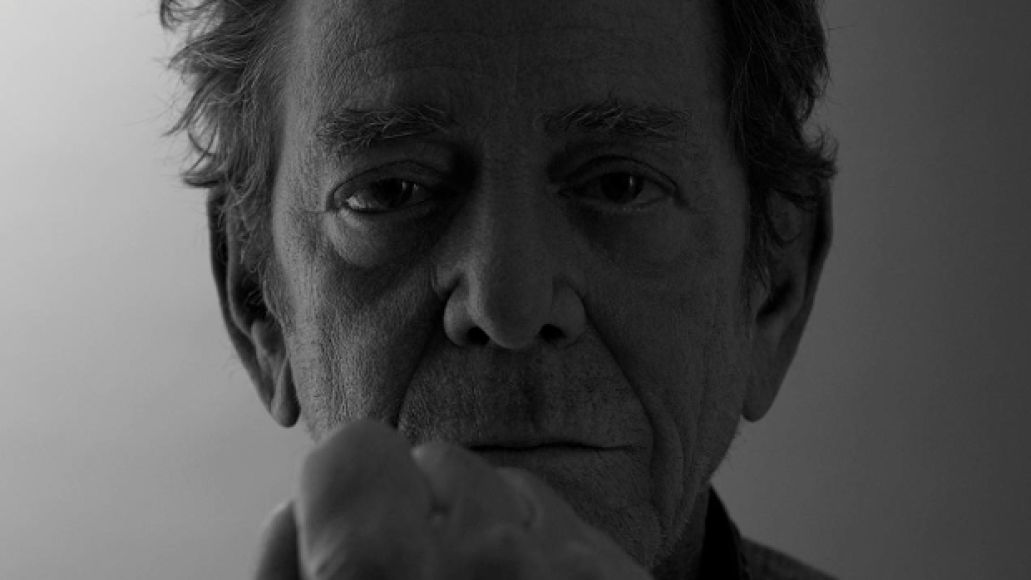 Last week, Laurie Anderson published a short, but sweet message in remembrance of her late husband, Lou Reed, in the obituaries section of their local newspaper, The East Hampton Star. Anderson, who was Reed’s longtime partner and main beneficiary of his estate, has now penned a much longer and more detailed tribute for the latest issue of Rolling Stone. It’s a truly touching essay from the one who knew him best, full of personal memories and anecdotes about their decades-long relationship – from when they met at a 1992 German music festival to his final days battling liver disease. Below are some choice excerpts:

Lou and I played music together, became best friends and then soul mates, traveled, listened to and criticized each other’s work, studied things together (butterfly hunting, meditation, kayaking). We made up ridiculous jokes; stopped smoking 20 times; fought; learned to hold our breath underwater; went to Africa; sang opera in elevators; made friends with unlikely people; followed each other on tour when we could; got a sweet piano-playing dog; shared a house that was separate from our own places; protected and loved each other. We were always seeing a lot of art and music and plays and shows, and I watched as he loved and appreciated other artists and musicians. He was always so generous. He knew how hard it was to do. We loved our life in the West Village and our friends; and in all, we did the best we could do… And somehow, for 21 years, we tangled our minds and hearts together.

On their spontaneous wedding and married life…

It was spring in 2008 when I was walking down a road in California feeling sorry for myself and talking on my cell with Lou. ‘There are so many things I’ve never done that I wanted to do,’ I said.

‘You know, I never learned German, I never studied physics, I never got married.’

‘Why don’t we get married?’ he asked. ‘I’ll meet you halfway. I’ll come to Colorado. How about tomorrow?’

‘Um – don’t you think tomorrow is too soon?’

And so the next day, we met in Boulder, Colorado, and got married in a friend’s backyard on a Saturday, wearing our old Saturday clothes, and when I had to do a show right after the ceremony, it was OK with Lou. (Musicians being married is sort of like lawyers being married. When you say, ‘Gee, I have to work in the studio till three tonight’ – or cancel all your plans to finish the case – you pretty much know what that means and you don’t necessarily hit the ceiling.)

I guess there are lots of ways to get married. Some people marry someone they hardly know – which can work out, too. When you marry your best friend of many years, there should be another name for it. But the thing that surprised me about getting married was the way it altered time. And also the way it added a tenderness that was somehow completely new. To paraphrase the great Willie Nelson: ‘Ninety percent of the people in the world end up with the wrong person. And that’s what makes the jukebox spin.’ Lou’s jukebox spun for love and many other things, too – beauty, pain, history, courage, mystery.

On Reed’s final days and her life without him…

Lou was sick for the last couple of years, first from treatments of interferon, a vile but sometimes effective series of injections that treats hepatitis C and comes with lots of nasty side effects. Then he developed liver cancer, topped off with advancing diabetes. We got good at hospitals. He learned everything about the diseases, and treatments. He kept doing tai chi every day for two hours, plus photography, books, recordings, his radio show with Hal Willner and many other projects. He loved his friends, and called, texted, e-mailed when he couldn’t be with them. We tried to understand and apply things our teacher Mingyur Rinpoche said – especially hard ones like, ‘You need to try to master the ability to feel sad without actually being sad’…

As meditators, we had prepared for this – how to move the energy up from the belly and into the heart and out through the head. I have never seen an expression as full of wonder as Lou’s as he died. His hands were doing the water-flowing 21-form of tai chi. His eyes were wide open. I was holding in my arms the person I loved the most in the world, and talking to him as he died. His heart stopped. He wasn’t afraid. I had gotten to walk with him to the end of the world. Life – so beautiful, painful and dazzling – does not get better than that. And death? I believe that the purpose of death is the release of love.

At the moment, I have only the greatest happiness and I am so proud of the way he lived and died, of his incredible power and grace.

I’m sure he will come to me in my dreams and will seem to be alive again. And I am suddenly standing here by myself stunned and grateful. How strange, exciting and miraculous that we can change each other so much, love each other so much through our words and music and our real lives.

Read the full letter here. It appears in the November 21st issue of Rolling Stone.