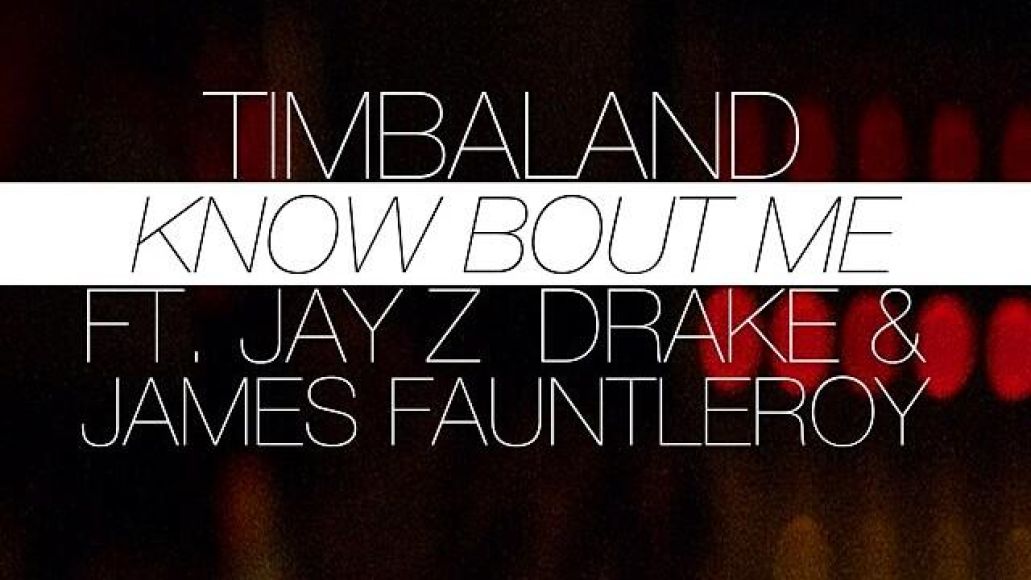 Earlier this year, Jay Z and Timbaland renewed their long and fruitful partnership for the release of Magna Carta Holy Grail. Now, they’re back once more, this time with Drake in tow. “Know Bout Me” is reportedly the first single off Timbaland’s upcoming album, Textbook Timbo. Listen below (via Miss Info).

Oddly enough, Jay Z is relegated solely to the intros, leaving all the pressure on Drake and Timbaland. Proving his skills as producer far outshine his skills as an MC, Timbaland makes up for lines like “Just left SoHo, headed to the GoGo” with a beat that manages to combine pop-like elegance with the menacing rattle of trap bass. Drake then picks up the slack on the mic: while his rhymes are only superficially clever (“I’ve been singing and rapping and killing at both/If I had to choose a Jackson I’d have to choose Bo“), he continues to amp up his speed and overall ferocity to prove his merit as a battled-tested rapper.