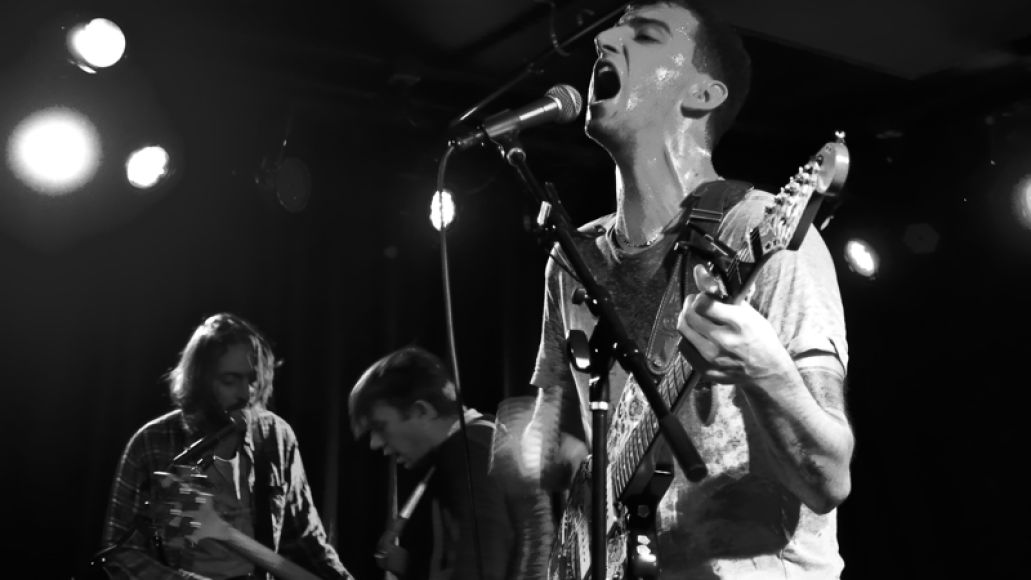 Last night I left my apartment and grudgingly braved the most frigid temperatures of the season for the mile-long walk to the Knitting Factory, where Cymbals Eat Guitars were finishing up a low-key fall tour with Grooms to set the stage for an early 2014 LP. Shivers gave way quickly to sweat as the Staten Island unleashed an encouraging torrent of new material — and defended its place as formidable, criminally unsung heroes of bombastic classic indie revival.

I entered to the shrill squall of Grooms, a plainly natural pick for an opener — both groups have lain somewhat dormant since a sophomore effort in 2011, and both bear the familiar hallmarks of noise-driven indie rock from two decades prior. It’s lazy, of course, to point at bands that sound like the ’90s and dumbly list the acts they sound like (“meet the psychedelic lovechild of ___ and ____, with ___ on vocals,” et. al, et. al), but so is it suspicious to nod along to a Grooms set without recognizing the particular Daydream Nation guitar line each track summons, or good-naturedly remarking that the rhythm guitarist resembles a younger, soberer Bob Pollard. None of which is a bad thing — led by Travis Johnson’s detuned guitar arpeggios and nasally every-guy vocals, the band yielded impressive bursts of noise for a mere trio and deftly set the mood; “Acid Kings of Hell (Guitar Feelings)”, for a taste, made for an end-of-set highlight. 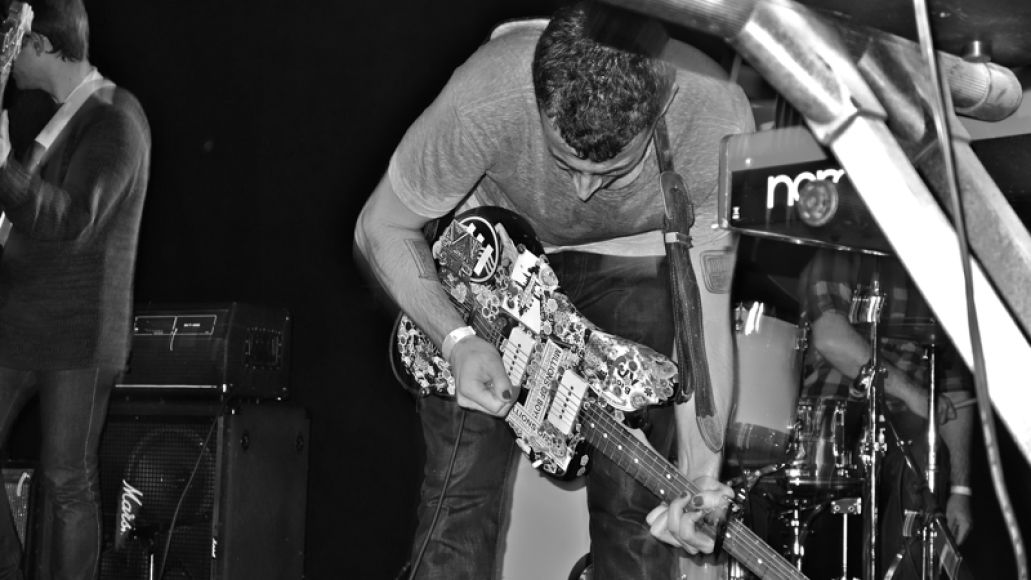 Anyway: onto Cymbals. Last I saw the group, the dreamier bits were subsumed by the opening-act din at Music Hall of Williamsburg and the band promptly overshadowed by the louder and flashier (but by no means better) A Place to Bury Strangers. Though hardly packed last night, Knitting Factory quickly proved an ideal venue for the band — large enough for a Saturday night in New York, but small enough that the group’s ringing climaxes and feedback squalls sounded positively huge. “…And The Hazy Tree” and “Cold Spring” in particular built to screaming, frenzied cacophonies, vocalist Joseph D’Agostino increasingly dripping sweat and convulsing in coughing fits as he squeezed feedback out of his guitar. He was still getting over a cold, he meekly apologized in between songs, which may explain the throaty growl he used to sing several new tracks. Thankfully, he was well enough to celebrate bassist Matt Whipple’s 30th birthday and welcome Hooray for Earth’s Noel Heroux to the stage.

Announcing that they were breaking in material for a new record to be recorded in March, Cymbals played four new songs. Several found the group pushing itself in new sonic territories; moody and wandering, the first pulsed alongside Brian Hamilton’s organ rumbles, a secret weapon for any quote-unquote “guitar band,” while another took a slow, deliberate groove, with D’Agostino squealing his way through a falsetto. Ever the gentleman, D’Agostino all but apologized for all the unfamiliar cuts. But the audience seemed to approve. One guy yelled a request for the late Lou Reed, who coined the band’s namesake. Feigning confusion, the singer just laughed. 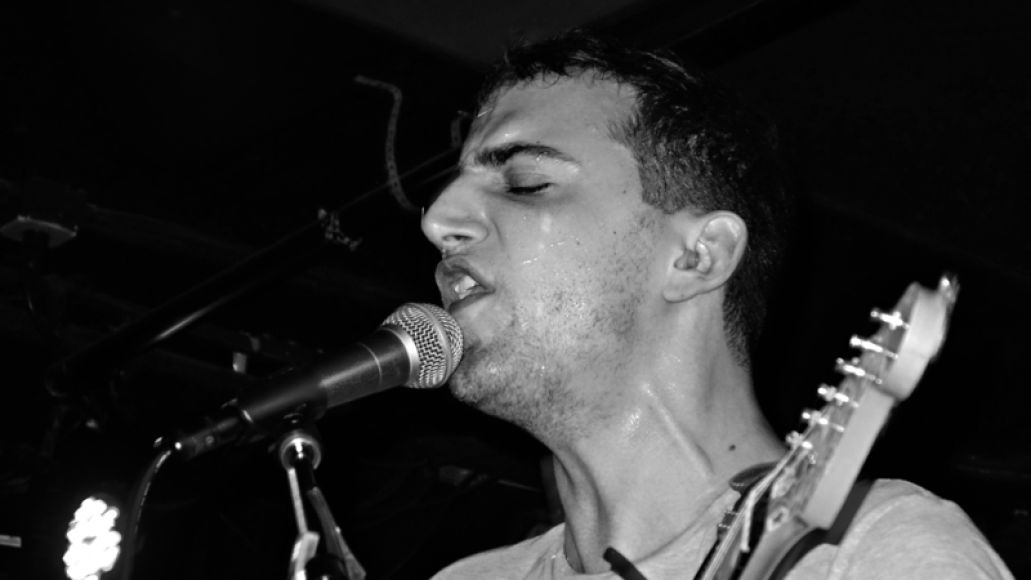 Curiously, though, the band all but ignored 2011’s Lenses Alien in favor of Why There Are Mountains. (The lone exception: the set-closer, a heavy, slowed-down rendition of cop-killer anthem “Plainclothes”.) Fair enough — I’ve long considered Mountains one of the more triumphant debuts of last decade, a glorious melding of vividly emotive verses and shoegaze swirl. Then I forgot how goddamn excellent it is. Last night I remembered.

[Correction: I stated above that Grooms last released an album in 2011. In fact they released an LP, Infinity Caller, in September. Forgive me.]