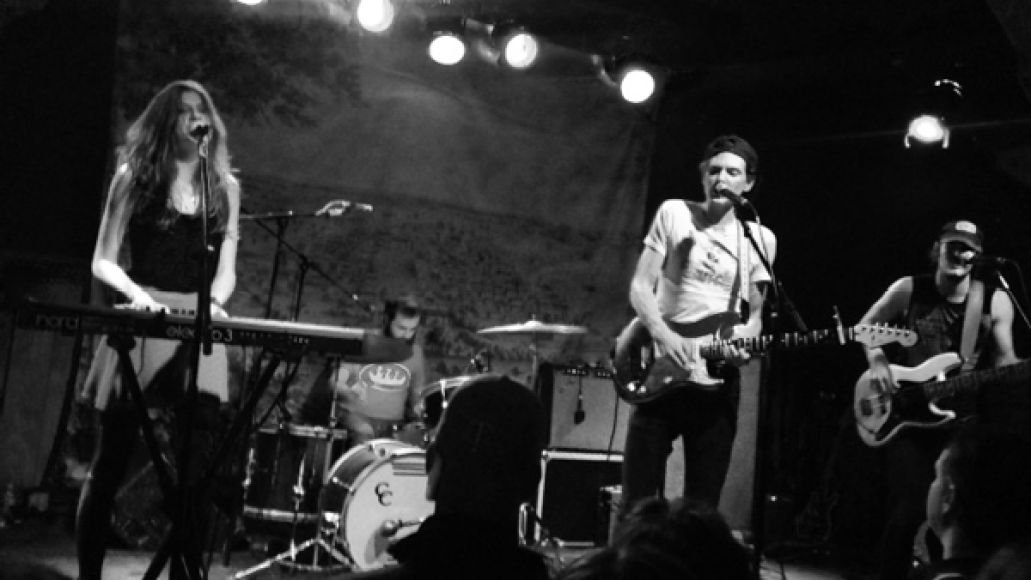 Last year I was invited to go see a band at Evanston’s Space with my girlfriend. I’d never been to the venue and the band sounded promising, so, off we went. We arrived and soon realized there was an opening act. The four-piece slowly took the stage. These kids looked like they were right off the bus; in fact, I overheard a relative stating they had only formed about a month prior to the gig. As they started to play, it only took about a minute to realize this was a blessing in disguise. It was refreshing to see such a young act playing original songs that felt as if they’d been old rock standards: Houndmouth had arrived.

On Saturday night, following a year’s worth of late night performances, festivals, and a full tour behind their debut, From the Hills Below the City, Houndmouth capped off two sold out nights at the intimate Schubas Tavern. Opening with a cover of Funkadelic’s “Can You Get to That”, the band was already having a blast, seeming genuinely pleased with the turn out. Subtle smiles overcame Katie Toupin’s face during “Come On Illinois”, one of their strongest songs off their debut and yet another anthem this great state can claim. With the restless crowd chanting the songs, one would think the band would just stick to their guns and play the hits. 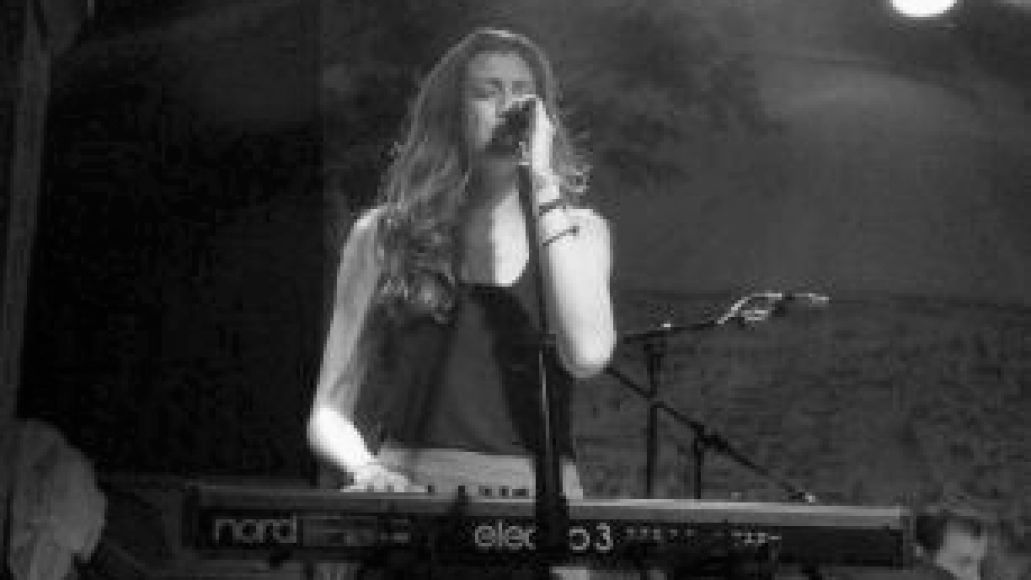 They did exactly the opposite. Bassist Zach Appleby took the reigns vocally and owned their new song, “By God”, and lead guitarist Matt Myers later dusted off another hit off their Houston Train EP with his chrome strat. The latter was another chance to milk the crowd with familiarity, as the band really took their time by slowing its pacing and giving a little more weight to the night’s events. Other highlights included a great medley of The Beatles “Golden Slumbers” into “Carry That Weight”; “Halfway to Hardinsburg”, a song that expresses just what the band is capable of; the acapella break down in “Hey Rose”; and Toupin’s songwriting-defining vocals on “Casino”.

Admittedly, such a great crowd did overwhelm some of Houndmouth’s tight harmonies, which is one of their most endearing attributes, but this only proved that they’re ready for bigger crowds and bigger venues. When Myers closed out with “Jane”, he leaned into the mic and causally said, “Goodbye Chicago”. Well, for now.