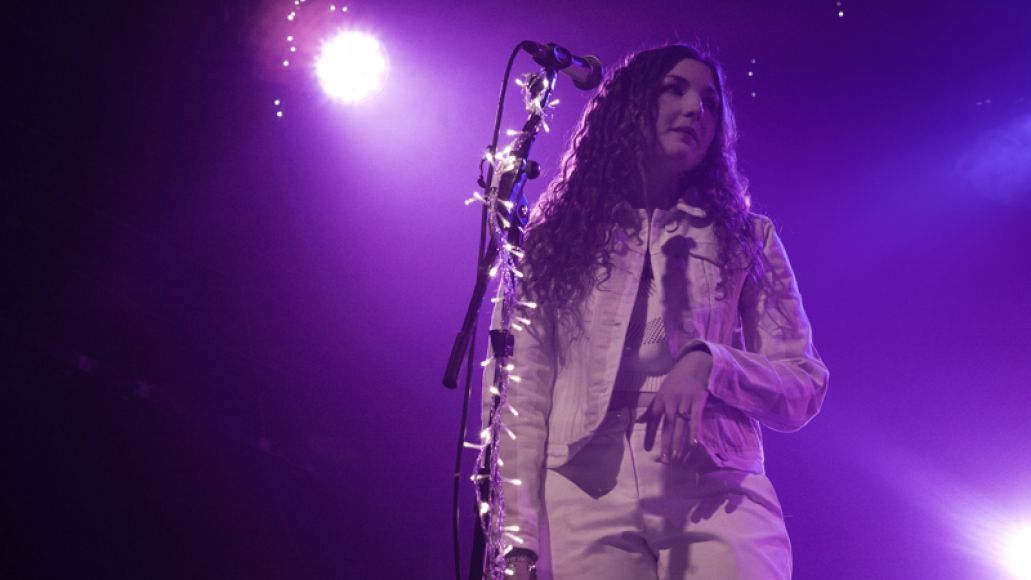 I’m in Heaven. Decked out in white suits, the husband and wife team of Jeremy Warmsley and Elizabeth Sankey that makes up Summer Camp seemed suitably attired for a gig at the pearly gates. Sparkling fairy lights draped around mic stands added a festive touch and a hint of camp, while Sankey’s outrageously chunky silver platform brogues looked like they could cause some serious damage in an argument. Thankfully all was sweetness and light as the duo, augmented by drums and bass/keys, breezed through a set largely drawn from its catalogue of two albums and EPs.

Heaven is a curious venue. Famous as a gay night club when not hosting the likes of Summer Camp, it’s set below the arches of London’s Charing Cross station. The main room takes up a full-height arch to form a deep narrow rectangle with an unexpectedly high stage at one end. To the right, facing the stage, is slim, low cage-like balcony packed with people who looked like they should be waiting (uncomfortably) for a ferry instead. The large room was full but the stage height created an odd disconnection which Summer Camp did little to dispel as the duo’s customary chat didn’t kick in until fairly well into the set. Tonight, the band seemed intent on letting the music to the talking, aided by continual back projections, though initially these were obscured by (yes) the dreaded smoke machine. 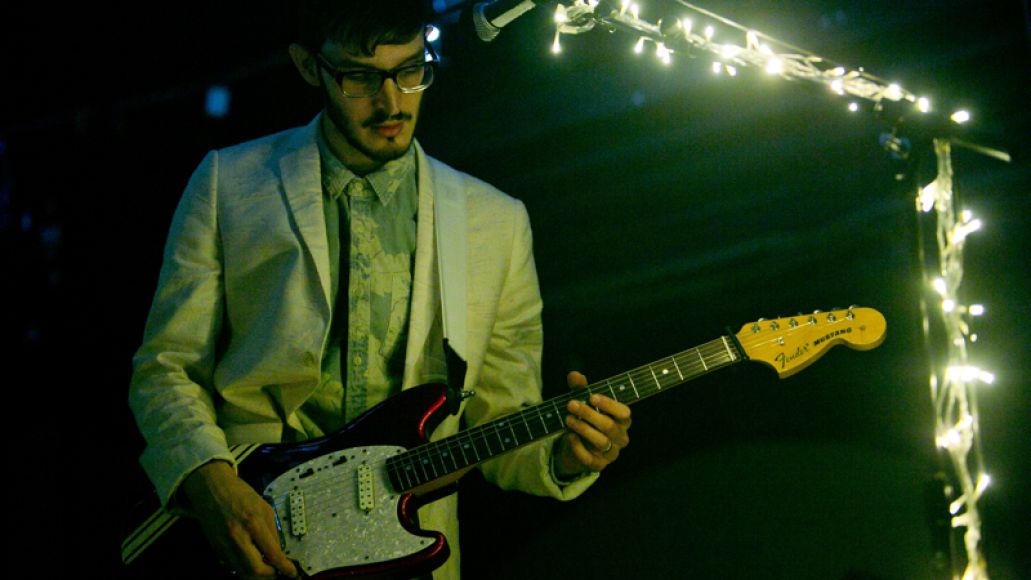 Musically, Summer Camp hit the ground running with “The End”, the perversely named opener from the new self-titled album. Burning like a slow fuse, the song exploded into a flurry of glorious melody lines and dovetailed beautifully into the rockier beats of “Down” and the brilliant dance grooves of “Fresh”. Throughout the set, the songs were accompanied by a litany of clips from classic film and TV, from Singing in the Rain to The Breakfast Club to Mean Girls and many points between. The theme was dance and you might have expected the crowd to follow the on-screen moves en masse. Many did but it was all way too cool for most, despite how beautifully the silent screen footage synchronised with Summer Camp’s beats. 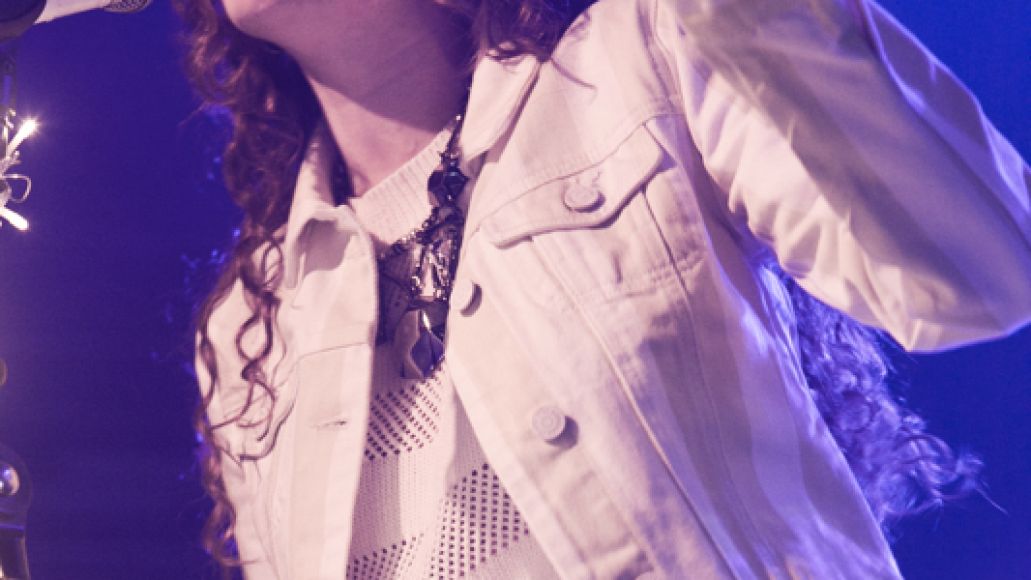 It was fitting, though, that the new song, “Hallway”, slotted into the set was from the soundtrack Summer Camp is creating for an impending teen movie documentary, Beyond Clueless. On first hearing, the song fitted the Summer Camp oeuvre like a glove. It was followed by a marvelously atmospheric “Night Drive” whose vibe suited the evening perfectly. Announcing that “Jeremy and I are very much into hip-hop,” Sankey heralded a cover of one of the couple’s favorite songs of that ilk, “Just A Friend” by Biz Markie. The singer mastered the tricky lyrics coyly and transposed the gender seamlessly, though perhaps should have not left her guy wearing a “short miniskirt” or a “very big bra.” Then again, we are in Heaven.

Strong and sultry with occasional soprano trills, Sankey was in great voice and commanded the stage; hips and Pre-Raphaelite curls swaying to the beats while Walmsley played the cool dude wedded to his guitar and master of its effects. A so solid rhythm section contributed to a confident, energetic, and polished set. It’s inevitable that some nuances are lost in the live performance but the strength of the band’s songwriting shone through in tune after tune, reaching a crescendo with the summer anthem, “Better Off Without You” from Welcome to Condale and the pulsating “Two Chords” from the latest record, which Warmsley ended in a hail of controlled feedback. Encores were duly called for and played with the sound ramped up further and a satisfied audience left feeling they’d heard songs they could hum on the tube journey home whether committed fans or just Camp-curious.

Setlist:
The End
Down
Fresh
I Got You
Keep Falling
Crazy
Always
Hallway (new song from soundtrack to Beyond Clueless)
Night Drive
Pink Summer
Just A Friend (cover)
Losing My Mind
Ghost Train
Round The Moon
Better Off Without You
Two Chords
Encore:
Brian Krakow
I Want You