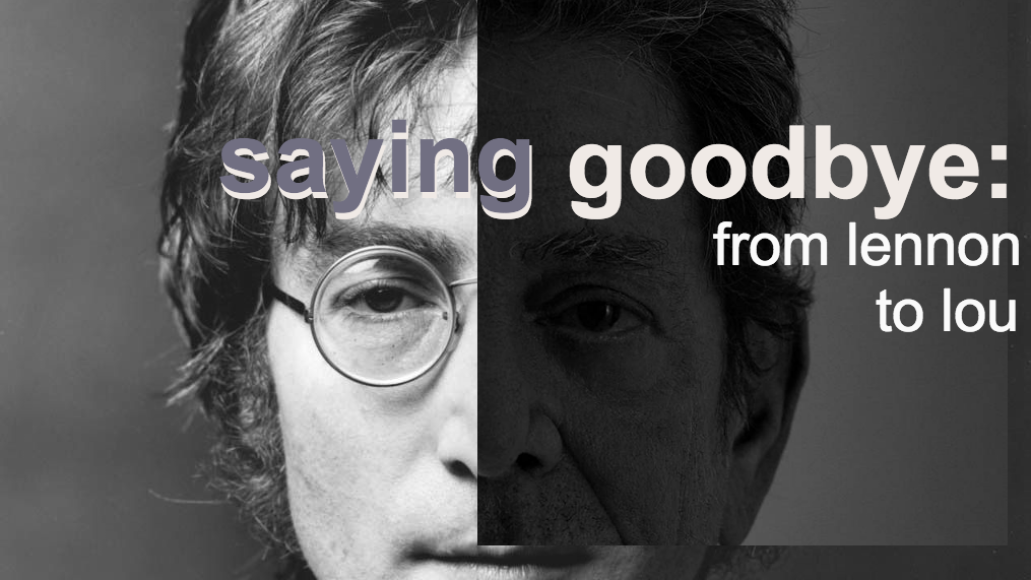 Everyone copes with loss differently. I mope and listen to music. When an artist who matters to me dies, I mope and listen to their music. Over the years, I’ve lost a day or longer moping over Joe Strummer, Layne Staley, and Mark Linkous among others. The Monday after losing Lou Reed, I sat slumped in my classroom grading essays on Thoreau’s “Civil Disobedience” and playing “Venus in Furs” over and over and over until a neighboring teacher finally complained.

So, when it was announced that yesterday’s Reed memorial in Manhattan would feature “no speeches, no live performances, just Lou’s voice, guitar music & songs,” that made sense to me. Let his music play. Let mopers mope. Let celebrators celebrate. Let all of us cope.

But sad moments, like Reed’s passing, raise a salient question for music lovers. How exactly do we go about saying goodbye to those who soundtrack our lives, inspire us, and seem to, if only for a chord change, chorus, or song, understand exactly what it feels like to be us? In honor of Reed and so many others whose music has enriched our lives, we thought we’d revisit how some fans, family, and fellow artists have managed to express that most difficult of sentiments: goodbye.

Seattle turns out for Kurt Cobain

Adam “MCA” Yauch gets a park in Brooklyn

Saying Goodbye: From Lennon to Lou