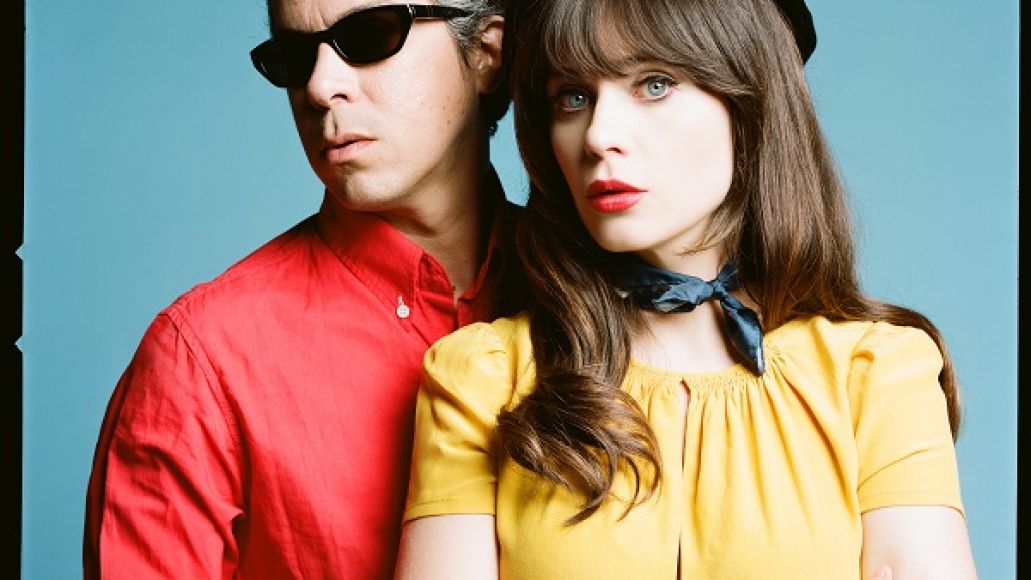 She & Him may have reached a level of comfort and confidence in their sunny pop skin with their latest LP, Volume 3, but that doesn’t mean they’ve grown complacent. That’s why M. Ward and Zooey Deschanel brought their entire touring band to Hollywood, CA’s Capitol Studios in June and laid down brand new versions of four Volume 3 tracks.

The resulting digital-only EP, dubbed simply The Capitol Studios Sessions, is due out on December 2nd from Merge Records. According to a press release, being in the historic studio loosened the band up, giving them the freedom to record “intimate” renditions of the songs that feel more “characteristic of the band’s live performances.”

No samples of the newly reworked songs have been revealed, but you can watch the video for the original version of “I Could’ve Been Your Girl” beneath the tracklist. Pre-orders are available now through iTunes.

The Capitol Studios Sessions Tracklist:
01. I Could’ve Been Your Girl
02. Shadow of Love
03. Snow Queen
04. Turn to White

She & Him announce The Capitol Studio Sessions EP