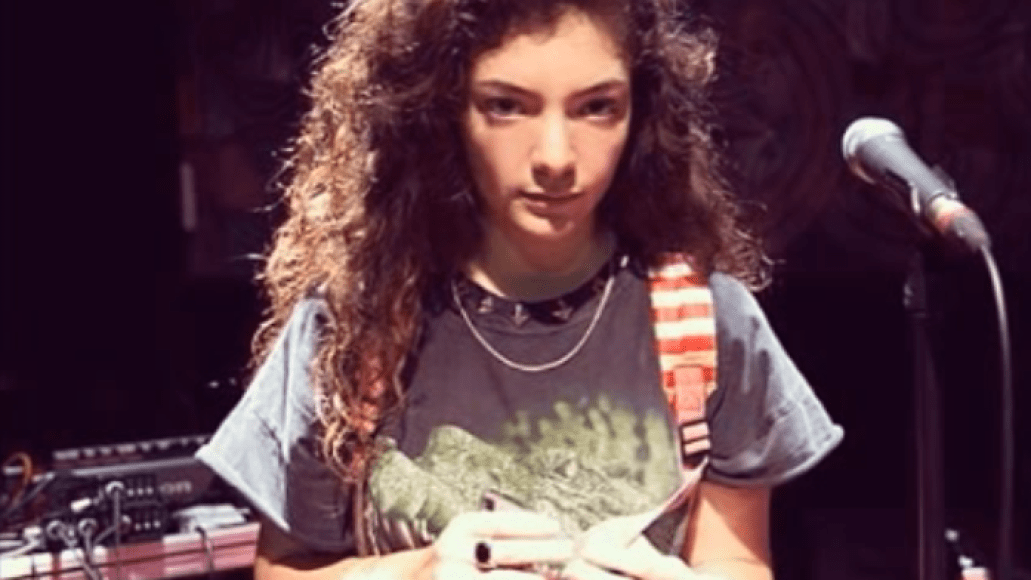 Like many of Lorde’s past TV performances, Tuesday night’s Letterman takeover showcased the New Zealand pop star in all her poise and maturity, looking and sounding so wise beyond her 17 years. There aren’t many her age with as much stage finesse and unbelievable talent, and, as this recent feature revealed, turns out us CoS staffers weren’t as prolific during our own teenage years. (I worked at FYE peddling ridiculous NOW compilations and overpriced candy bars, so yea.) But guess what, Internet? This may or may not come as a surprise, but the almighty Lorde was already a rising star way, way, before she celebrated her sweet 16.

Two newly surfaced videos prove that Lorde was refining her raw skills at the tender young age of 12. One clip shows her and her band (cutely named “Extreme”) performing covers at her school’s “Battle of the Bands” competition. She’s does progressive pop in 2013, but back in 2009 she slayed Rainbow’s 1975 hard-rock cut “Man on the Silver Mountain”, sporting a leather jacket and taking on Ronnie James Dio like no big deal. Seriously. It’s awesome and adorable, and how they only came in third place is beyond me. The second clip is an audio recording of her covering Pixie Lott’s synth-pop hit “Mama Do”, sounding like a classic, old soul, which is to say it’s pretty astounding stuff for a preteen. Check out both videos below.