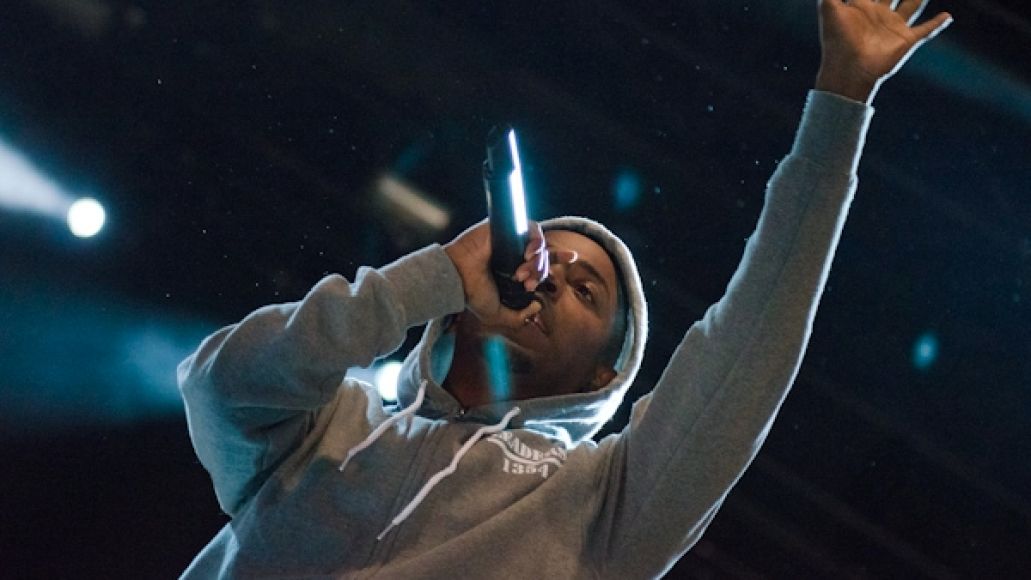 The nominees for the 2014 Grammy Awards were officially revealed during a live television broadcast on Friday night. Daft Punk, Kendrick Lamar, Lorde, and James Blake all scored nods in the major categories.

Daft Punk earned an Album of the Year nomination for Random Access Memories. “Get Lucky” missed out on Song of the Year, but did score nominations for Record of the Year and Best Pop Duo/Group Performance.

Kendrick Lamar is nominated for a total of seven Grammys. The Compton rapper is up for Best New Artist, his debut album good kid, m.A.A.d city earned nods for both Album of the Year and Rap Album of the year, “Swimming Pools (Drank)” is in the running for Best Rap Performance, and his guest spots on Miguel’s “How Many Drinks?” and “Fuckin’ Problems” also received nominations.

Lorde’s “Royals” was nominated for both Song of the Year and Record of the Year. Surprisingly, though, she did not receive a nod for Best New Artist.

Who did receive a nomination for Best New Artist? That would be UK crooner James Blake. (To be eligible for Best New Artist, an artist must have released, as a featured performing artist, at least one album but not more than three. Blake has released two albums thus far.)

The category of Alternative Album of the Year pins The National (Trouble Will Find Me) against Nine Inch Nails (Hesitation Marks), Vampire Weekend (Modern Vampires of the City), Tame Impala (Lonerism), and Neko Case (The Worse Things Get…).

Best Rock Album nominees include David Bowie (The Next Day) and Queens of the Stone Age (…Like Clockwork).

In the Grammy for Best Rock Performance, it’s Jack White (“I’m Shakin'”) vs. David Bowie (“The Stars (Are Out Tonight)”), Alabama Shakes (“Always Alright”), and Queens of the Stone Age (“My God Is The Sun”).

As for Best Rap Album, in addition to Yeezus and good kid, m.A.A.d city, the nominees include Drake (Nothing Was the Same) and Jay Z (Magna Carta Holy Grail).

Kanye, Jay Z, and Drake also face off in the category of Best Rap Song, as “New Slaves”, “Holy Grail”, and “Started From the Bottom” are all nominated, as is ASAP Rocky’s “Fuckin Problems”.

Lastly, Disclosure and their debut album Settle is up for Best Dance/Electronica Album.

The 56th Annual Grammy Awards take place in Los Angeles and will air live on CBS on January 26th, 2014, starting at 8pm ET.