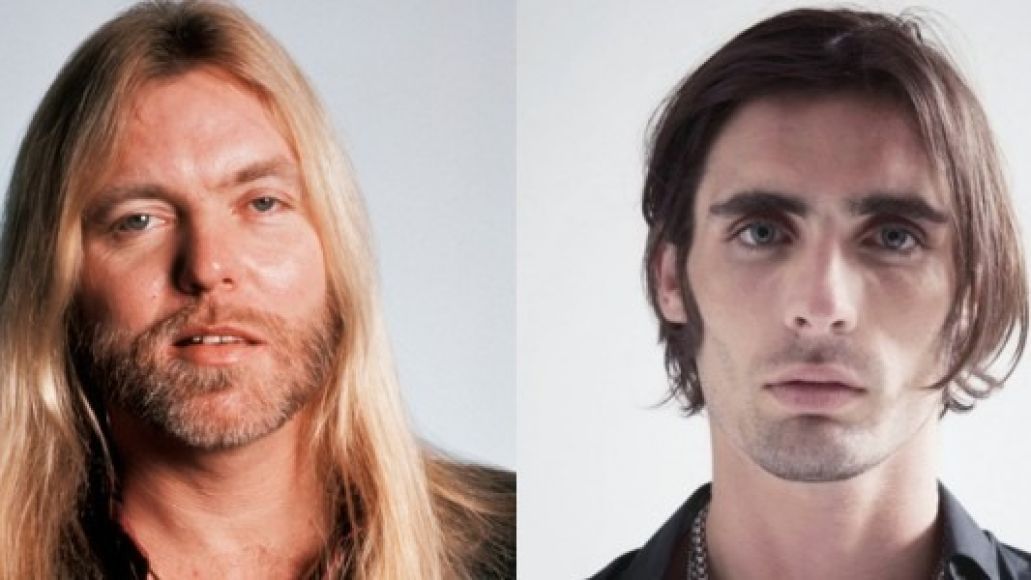 As Variety points out, the film will be directed by Randall Miller using a script he co-wrote with partner Jody Savin (the duo previously helmed this year’s CBGB biopic). The story is based off Gregg Allman’s own memoir, My Cross to Bear, and will chronicle two eras of the Hall of Famer’s life: “His early years through the formation and massive success of the Allman Brothers Band, followed by his own struggle to get clean after years of drug and alcohol abuse.” No word yet on who will play the older Gregg Allman.

Born and raised in Nashville, TN, Gregg Allman helped form the Allman Brothers in 1969. Over the next several years, the band toured across the world, eventually releasing their breakthrough record with 1971’s At Fillmore East. By the mid-’70s, Allman had embarked on his own solo career, subsequently releasing a dozen or so albums over the next three decades between stints with the various Allman Brothers reunion outings. Aside from his iconic musical career, Allman’s best known for his six marriages, including a brief union with Cher.

“We knew it was a great story but didn’t know how great it was until we read the book,” Miller said of Allman’s 45-plus-year career. “That journey and coming out the other side is not the normal falling-into-hell story that rock & roll often is.”

Production on Midnight Rider is scheduled to begin in February in Savannah, Georgia. Below, check out some of Ritter’s work in The House Bunny followed by Allman’s recent visit to The Colbert Report, where he performed “Silver Bells” with The National.