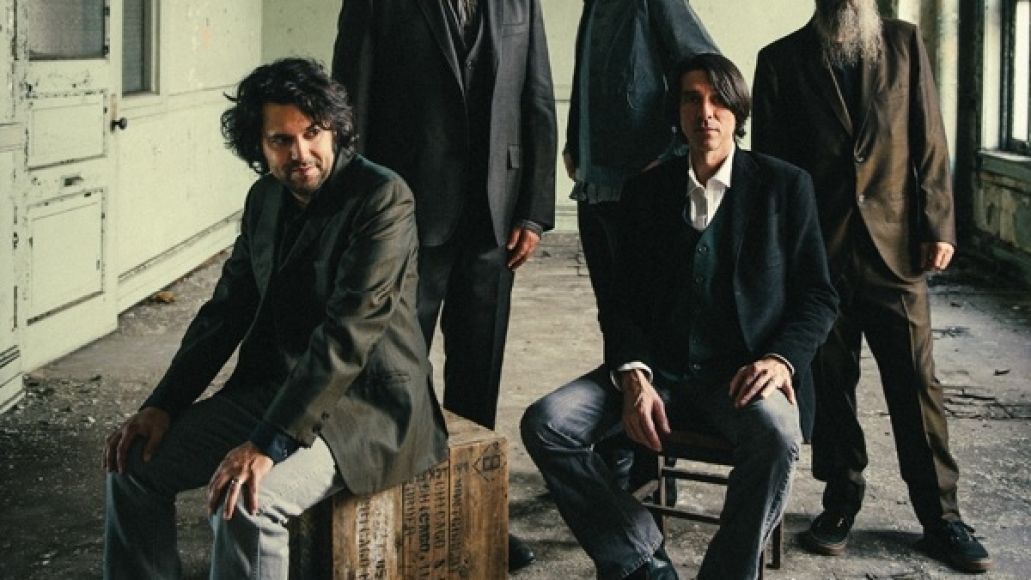 On March 4th, Drive-By Truckers return with their brand new album, English Oceans. The follow-up to 2011’s Go-Go Boots was recorded with longtime producer David Barbe at Chase Park Studios in Athens, Georgia. According to the band, the 13-track effort is a return to form, reminiscent of their 1999 live album, Alabama Ass Whuppin’.

“I had forgotten what a punk-rock outfit that shit was,” co-frontman Mike Cooley told Rolling Stone. “The new record has kind of gone back to that simple sound. It sounds like a smaller band again.”

English Oceans also marks the first Truckers album where both Cooley and co-singer Patterson Hood shared the songwriting duties evenly. Together, they covered a range of topics, including “scathing take-downs of right-wing demagogues (“Made Up English Oceans,” “The Part of Him”), tender tales of mental breakdown (“When Walter Went Crazy”) and bittersweet celebrations of lost friends and life on the road (“Grand Canyon”).”

In support of the release, the band has revealed the first batch of 2014 tour dates, which includes stints in Asheville, NC and their hometown of Athens, GA.