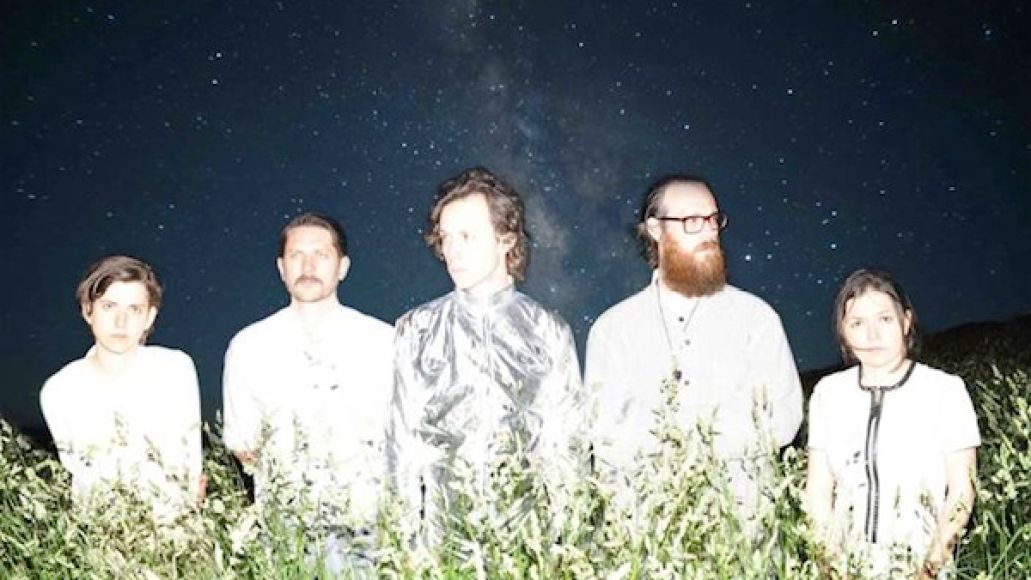 On February 11th, folk-pop collective Fanfarlo return with their new album, Let’s Go Extinct, via Blue Horizon. Following last year’s Rooms Filled With Light, their third LP to date was recorded in North Wales with musician and producer David Wrench. According to a press release, the 10-track effort is about human evolution and “possible futures,” an eclectic pallet featuring “50s electronic experimentations of Raymond Scott, Shadow Morton rockabilly filtered through Suicide, West Coast sacred cows Brian Wilson and Fleetwood Mac, a little Krautrock here, a spaghetti western flourish there, a blast of Young Americans soul all the way over there.”

Over the summer, we heard the poignant “Myth of Myself (A Ruse to Exploit Our Weaknesses)”. Now, the band’s let loose “Landlocked”, a jaunty and sprawling rocker. “It’s about reaching out from the isolation of one’s soul and how we long for that oceanic feeling,” frontman Simon Balthazar told Rolling Stone. “‘Landlocked’ is perhaps a song about our labyrinthine mind, with its blind alleys and bewildering reflections, indistinguishable from the real thing – its staggering possibilities and heartbreaking limitations.”