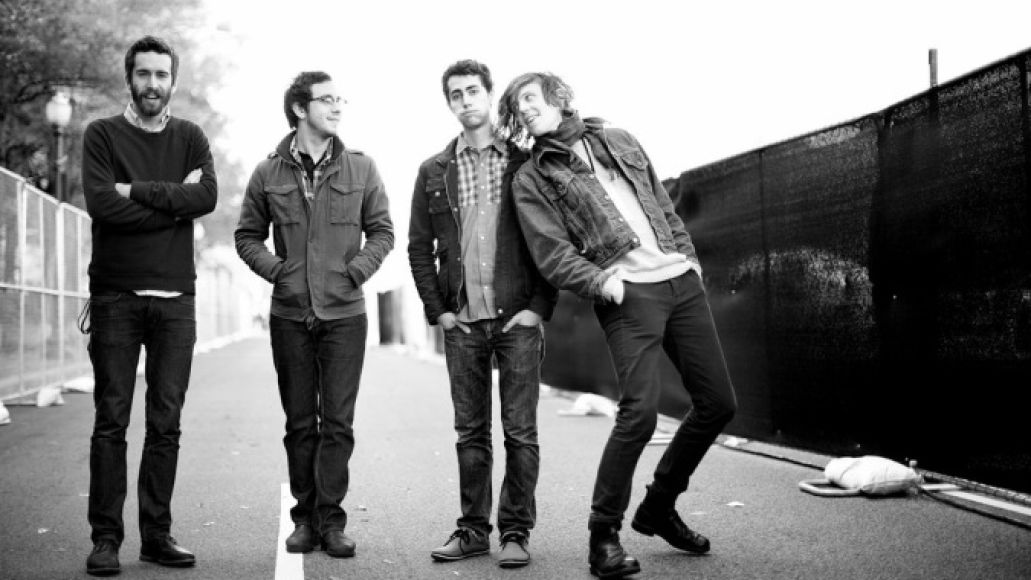 Clocking in at a staggering nine minutes (equivalent to over half of 2006’s breakthrough EP, A Lesson In Crime), the track sees the Ontario quartet expand on the ’80s dance-pop hinted at in 2010’s Champ. The driving combo of forceful basslines and shouting harmonies now fully take a backseat to lush, sometimes explosive guitars and the silky smooth chirp of vintage synth. While they’re not as immediately infectious as before, the band demonstrate heightened levels of cohesiveness and maturity that make a deeper impact than any infectious riff. Watch the accompanying visualizer below.