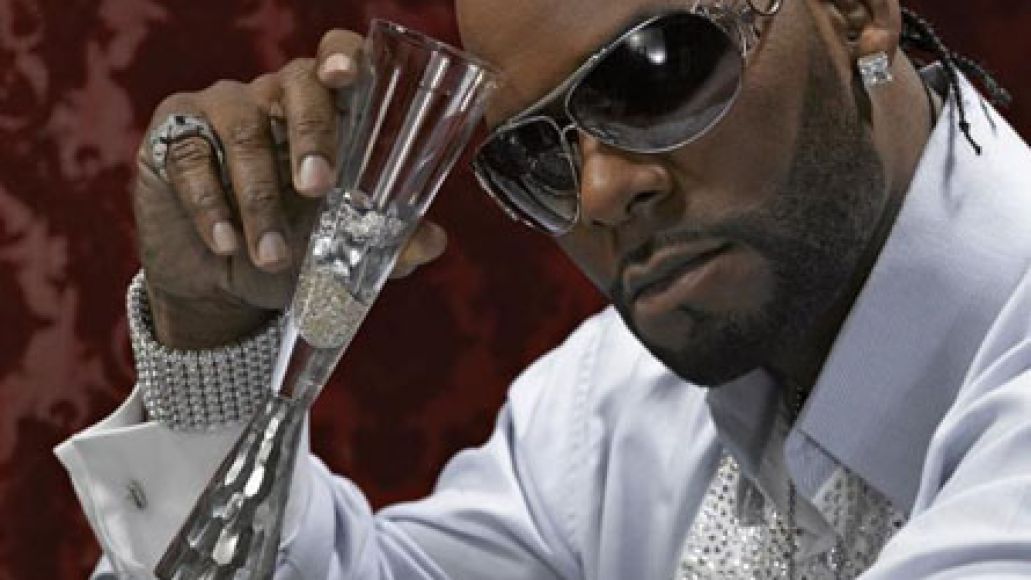 Fresh off releasing his latest album, Black Panties, R. Kelly has revealed that he’s already recording another, and boy is it a doozy. In an interview with Rap-Up, Kellz said he’s been working on a Christmas album called 12 Nights of Christmas for over a year, and that it should be ready for 2014.

“It’s gonna be a lot of lovemaking,” he detailed in a video interview. “I come with that bearing gifts.” So just imagine him wearing a red suit and hat in that image above, and you might get the picture. As for why it’s taking him so long to finish, Kelly said he wants it to the record to be worthy of true yule time longevity. “I don’t believe in just putting out a Christmas album just to sell records. It has to be the next [‘This Christmas’]. In order to get that and capture that moment, you have to take a couple of Christmases.”

In addition to his holiday material, Kelly mentioned that he has “seven, eight albums just sitting up like rockets ready to be launched.” The proper follow-up to Panties is apparently halfway written. “It’s gonna be another 12 Play album,” he expounded. “It’s gonna be that type of album because there’s been a lovemaking album drought… and I’ve come to save the day.”

Meanwhile, we’re just gonna keep looking forward to this XXXmas album. Watch his latest video for “Cookie” and try to fathom how he could make milk and cookies even more carnal.

R. Kelly is working on a sexy Christmas album