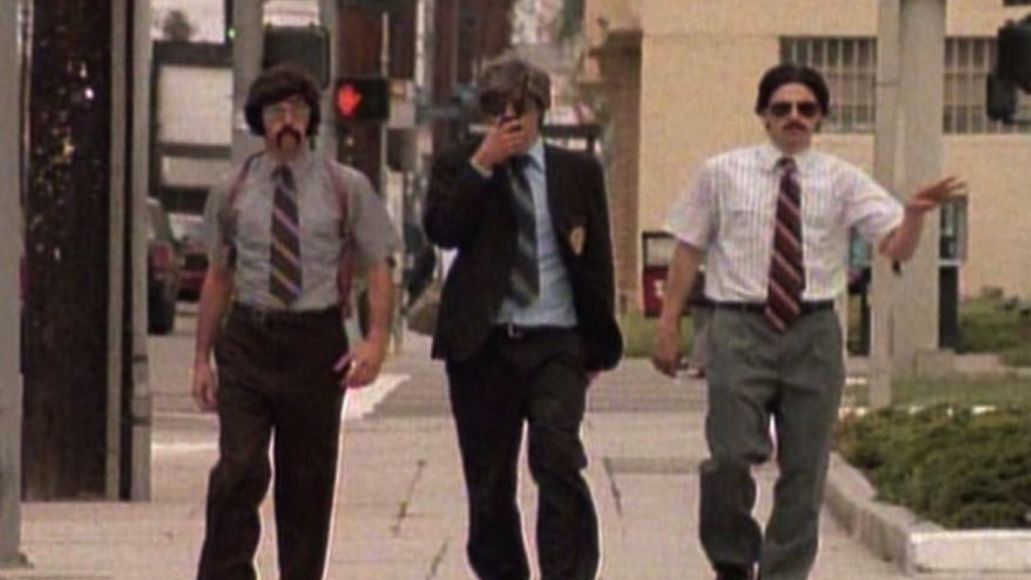 In the early ’90s, a then unknown Spike Jonze was sent on assignment to photograph global rap stars Beastie Boys for Dirt magazine. That fateful meeting spawned a kindred friendship between the two and led to the Beasties recruiting Jonze to direct their groundbreaking 1994 music video for “Sabotage”.

The iconic ’70s cop show lampoon went on to rack up countless awards and catapulted Jonze into MTV fame. It was so successful, in fact, that Jonze recently revealed to Indiewire that it led the foursome to write a script for a feature-length film that was ultimately abandoned post-development. The cinematic tour de force was to be called We Can Do This and star Mike “Mike D” Diamond and Adam “Ad-Rock” Horovitz.

“The four of us wrote a script together,” Jonze explained. “It was called We Can Do This because it had … it was so surreal and out there and [Adam “MCA” Yauch’s filmmaker alter ego] Nathanial Hornblower was a character as the director. One of the characters from ‘Sabotage’, Sir Stuart Wallace, was a character. Both played by Yauch and it just would’ve been ridiculous and fun … There were no 1970s cops in it, but it was definitely in the same spirit.”

Pressed for more details, Jonze elaborated on the specifics of the plot line and perhaps inadvertently exposed the early origins of Mike D’s cowboy alter ego.

“It was about Hornblower,” Jonze said. “Mike played a Country star — those songs we wrote for the movie, actually. Adam Horovitz played this kid, Nino Vincenzi, who lived on Roosevelt Island with his dad who was a mechanic, and [he] was a little bit a John Travolta [in] Saturday Night Fever … He had all these dreams and aspirations, but he was awkward and couldn’t dance. So he didn’t even have that going for him. But yeah, I forget all the different characters but … it would have been funny.”

Unfortunately, the bizarre coming-of-age flick never came to be. The Beasties went on to become the biggest selling hip-hop act in history, while Jonze channeled his directorial talents toward major feature films. Although, these formidable talents did team up years later in the Jonze-directed 2011 video for “Don’t Play No Games that I can’t Win”.

For an idea of what could have been, check out a stream of the unreleased Country Mike album followed by the iconic “Sabotage” video.

The Beastie Boys feature-length film that never was