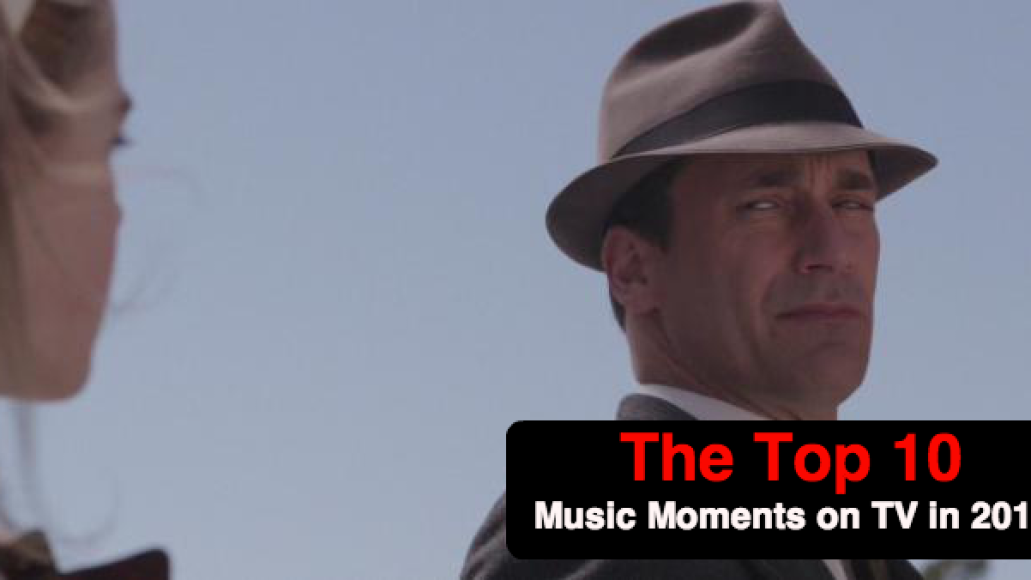 Every decade seems to foster talk about the proverbial “Golden Age 0f TV,” though now, in 2013, the chatter has reached a critical mass. There was just so much, maybe too much, quality television this year. After all, AMC’s Breaking Bad ended its glorious run, Mad Men wrapped up its penultimate season, and The Walking Dead continued to be the ratings juggernaut. HBO brought back a polarizing season of Girls, ended the perpetual underdog show-of-the-year candidate Enlightened, and shocked audiences with the bloodbath that was Season 3 of Game of Thrones. Netflix began its foray into original programming with House of Cards, the highly anticipated return of Arrested Development, and the triumphant, character-driven female prison-dramedy Orange Is the New Black. The Sundance Channel also became a player in must-see TV, with the debut of three original series, the heartbreaking, Emmy-deserving Rectify, Jane Campion’s New Zealand-based crime mini-series Top of the Lake, and the U.S. premiere of eerie French drama The Returned. This list is just scratching the surface of the number of worthwhile shows 2013 brought.

Due to the immense volume of quality programs available at the click of a remote or mouse and the talent of these shows’ music departments, there has been an endless stream of memorable TV music moments in 2013. Perfectly executed music supervision has been a constant source of musical discovery and rediscovery, causing many to rush to YouTube, Spotify, or their local record store right after hearing a fantastic song on their favorite show. From Breaking Bad eulogizing the series with Badfinger’s “Baby Blue” and Arrested Development’s hilarious use of a Simon and Garfunkel classic to Girls catapulting Icona Pop’s “I Love It” to a bona fide hit, 2013’s TV had some remarkable music moments.

Note: Prepare for some minor spoilers. 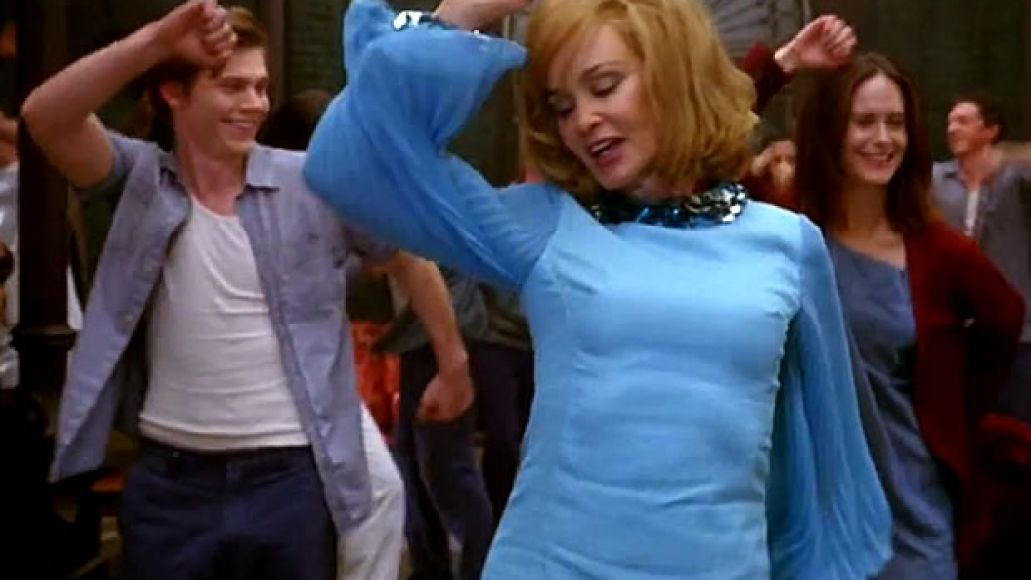 The second season of American Horror Story saw the return of star Jessica Lange and placed the anthology series in a mental institution. While the series was full of dark turns, and frightening twists, Sister Jude’s (played by Lange) hallucination’s were perhaps the creepiest. Delirious after her character’s electroshock therapy, Sister Jude performs a bizarre rendition of 1964’s “The Name Game”. Seeing the cast of AHS jovially sing and dance was particularly jarring for a show like this, but Lange and company totally sell the performance. Sharon Van Etten’s third album, Tramp, placed on many year-end lists last year due to Van Etten’s confessional, soul-stirring songwriting and lyrical prowess. With The Walking Dead being the moody, death-focused AMC hit, the music supervisors have always looked to poignant songs to bring home the emotional weight of the series. The stripped-down demo of Tramp’s lead single, “Serpents”, may have swapped out the electric guitars but was nonetheless cathartic. Van Etten’s voice paired with the uncertainty of Rick Grimes and the survivors’ future in the prison compound. For a show not afraid to deal with gut-wrenching issues, using Van Etten’s hauntingly honest track was powerful and fitting. 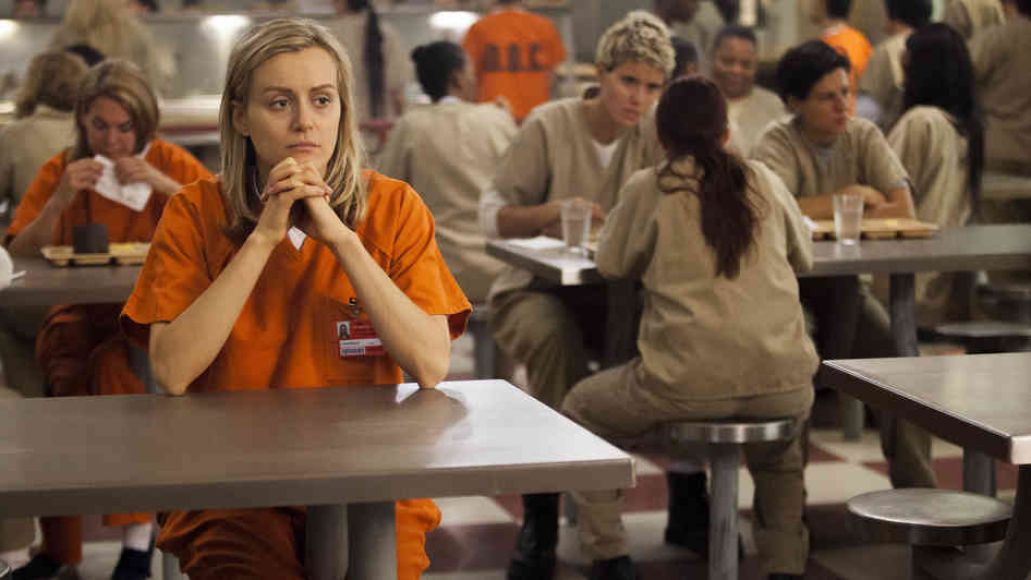 Even though the anticipation for shows like House of Cards and Arrested Development was tangible, the best Netflix show of the year was Jenji Kohan’s Orange Is the New Black. Set in a ladies prison, the show followed the journey of WAPS-y Piper Chapman as she navigates a 15-month sentence in prison for drug trafficking. The show easily could have failed by solely focusing on Chapman, but instead the writers introduced a phenomenal cast of characters, detailing the fringe, the heartbreaking, and the colorful stories of multiple women and how they entered their sentence. Opening each episode is Regina Spektor’s “You’ve Got Time”. Not only is the song a standout for Spektor, but it’s set against the backdrop of a perfectly timed montage of inmates’ faces. With the vast array of faces and potential stories paired with the song, it also serves as the show’s thesis statement. 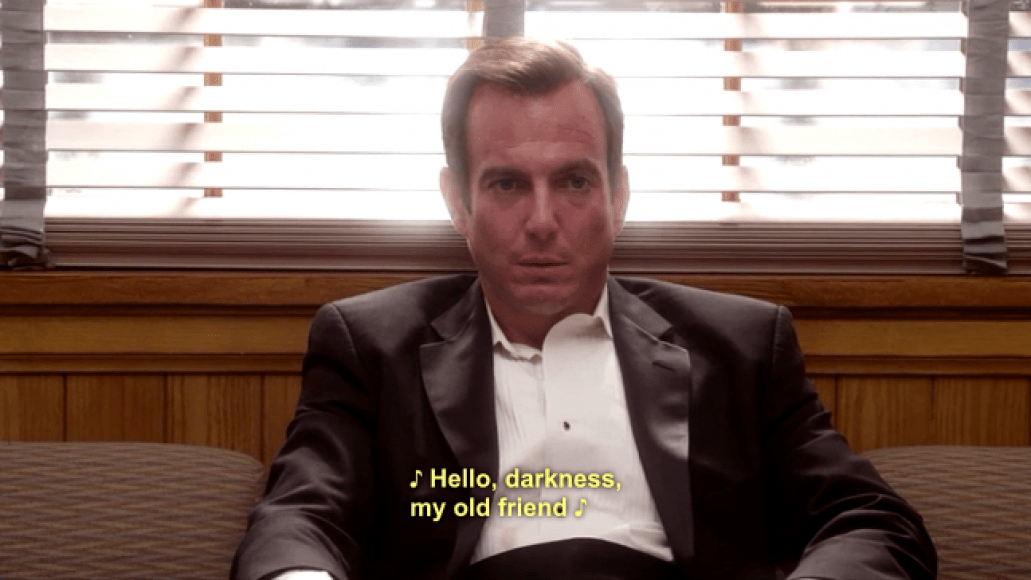 If the original three seasons of Arrested Development were a series of in-jokes, callbacks, and off-the-wall humor, the season four return of the show was an elaborate maze of meticulous writing with seemingly every single scene referenced later on. In a show full of recurring gags, arguably the best one was the use of Simon and Garfunkel’s “Sound of Silence” to document Gob’s mental state. Using the serious “Hello darkness my old friend” line as a punchline, especially a punchline directed at Will Arnett’s Gob, could not have been funnier. The day after the series premiered on Netflix, screen caps of Gob with those lyrics were forever immortalized on Tumblr and Twitter. 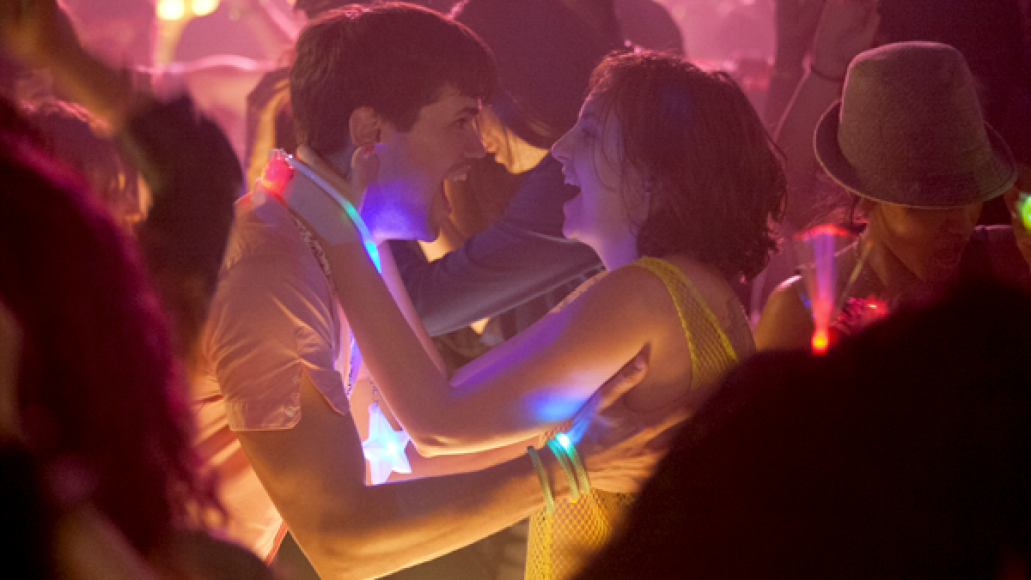 HBO’s Girls has previously used rousing anthems like Robyn’s “Dancing on My Own”, so it seemed like Icona Pop’s sleeper 2012 hit “I Love It (ft. Charli XCX)” was the next logical step for the show’s music supervisors. People guessed right, as that sound soundtracked a fast-paced scene where Lena Dunham’s Hannah dons a see-through shirt, snorts a bunch of coke, and goes clubbing with her gay ex-boyfriend, Elijah. The scene was memorable enough to propel the anthem to No. 7 on the Hot 100, leading to commercial spots like Smirnoff Ads and Sandra Bullock movie trailers, making it sell well over two million copies in the U.S. alone. 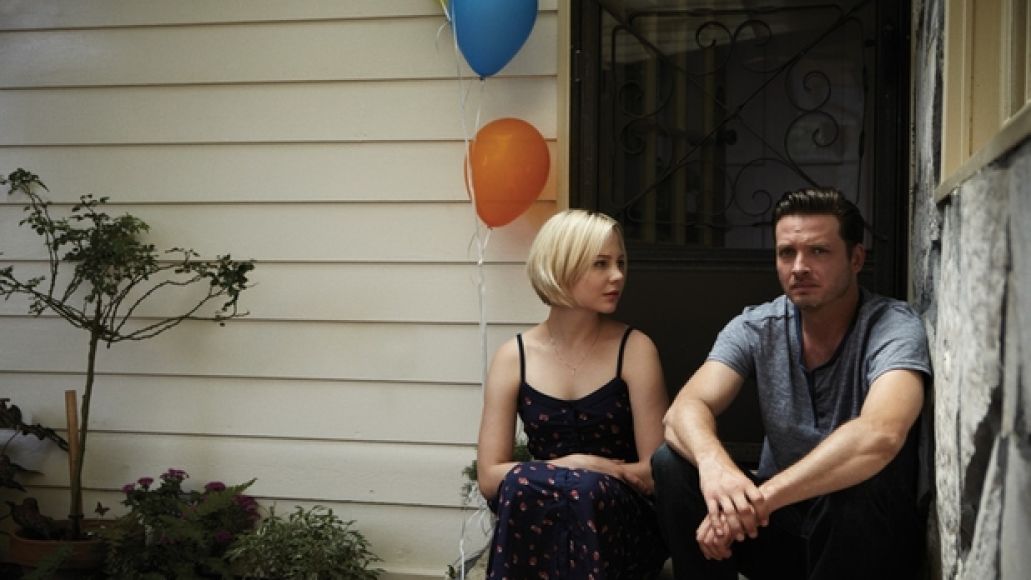 The inaugural season of Rectify was only six episodes long, but it was also the most affecting program of the entire year. It centers around Aden Young, who plays Daniel Holder, an inmate set free after DNA evidence ends his 19 years on death row for the murder of his 16-year-old girlfriend. In the first few episodes, it’s unclear what really happened or if Holder is actually innocent, but Young’s performance was some of the best acting all year. In the third episode, Daniel finds his old cassette tapes in the attic, including one he gave to his girlfriend, and spends the day jamming out to the Stone Temple Pilots. Where other music simply serves as background music, the use of Daniel’s favorite early ’90s tunes served as a plot point. 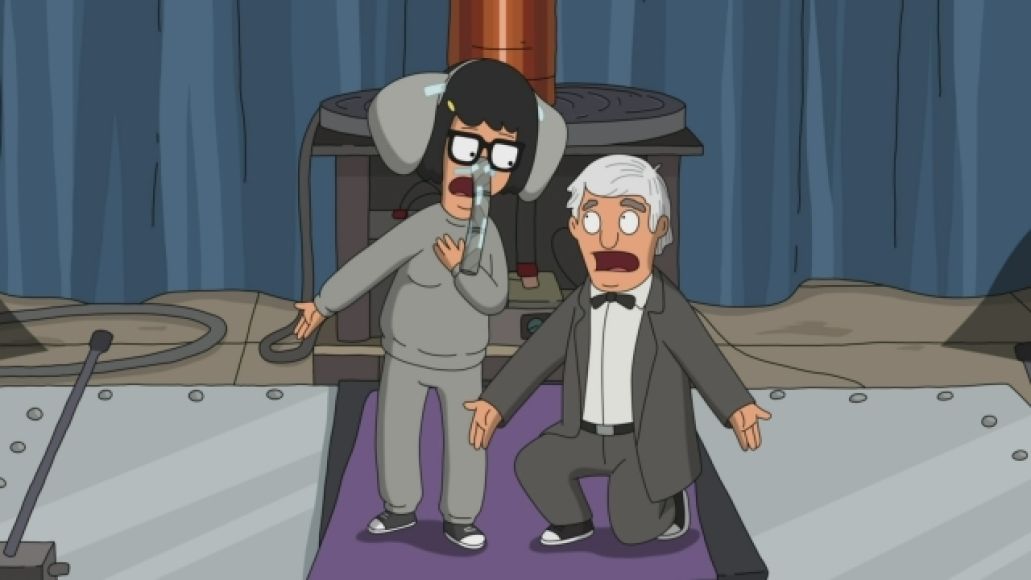 Fox’s heir-apparent to the golden era of The Simpsons, Bob’s Burgers has grown to be one of the most hilarious comedies that’s at once full of heart and impossibly weird. Every episode marks at least one musical creation from the hard-working, funny, and skilled team writing bizarre but still infectious songs for the animated comedy. In this episode, the Belcher kids learn about “Topsy”, the elephant electrocuted by Thomas Edison, from the “creepy library guy.” To take down her Edison-loving science teacher, Louise tries to recreate the scene. Also, as Gene Belcher is wont to do, he wrote “Electric Love”, an elaborate song about the tale, employing Mr. Fischoder and Gayle to sing the leads. “Electric Love” has been stuck in my head since March and is one of the best things the show has ever done. 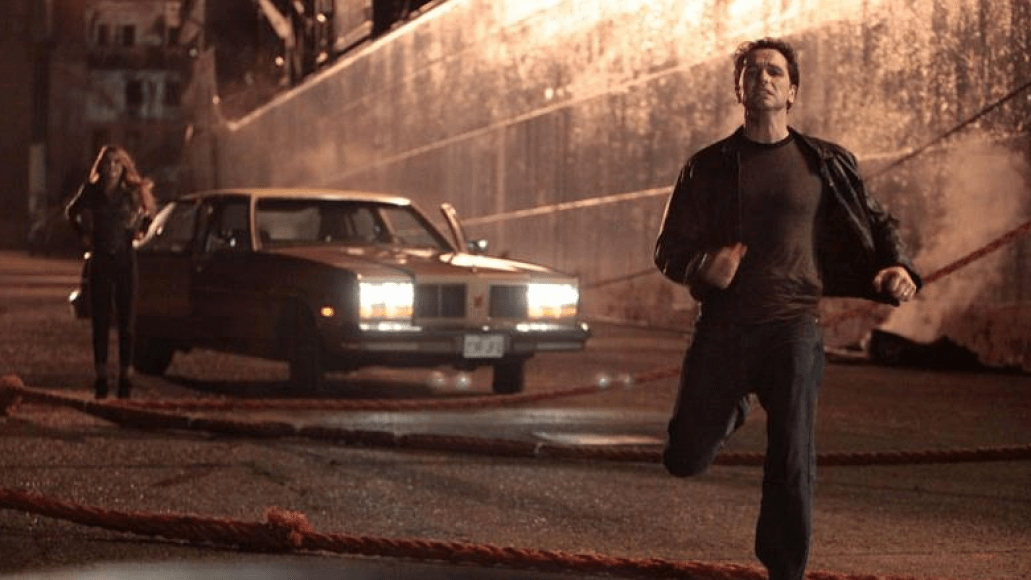 The pilot of The Americans, FX’s Cold War drama, set the stage for a fast-paced show about espionage, ’80s pastiche, and also complex, character-driven family drama. Starring Matthew Rhys and Keri Russell as two married KGB agents living in America, the show was high-stakes with issues of national security and world war but also low-stakes because it expertly focused on their relationship, too. Opening and closing the episode was Fleetwood Mac’s “Tusk”, which could not have worked better. With the best opening sequence of a pilot all year, Lindsey Buckingham’s “Tusk” plays out an intense action sequence that hooked its new viewers. Though the episode later featured an amazing use of Phil Collins’ “In the Air Tonight”, it was the blaring horns of “Tusk” that made the episode. 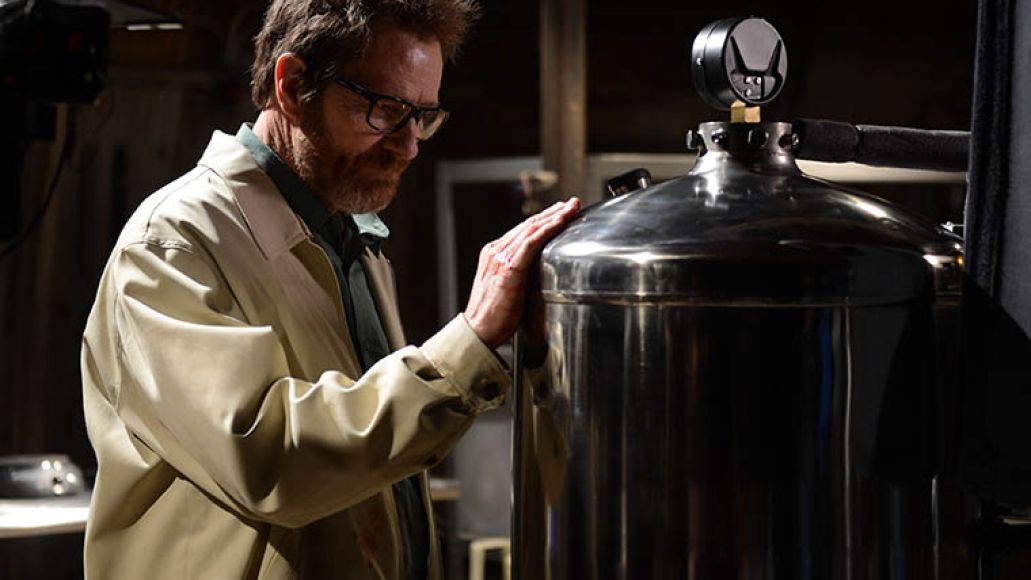 Choosing a song to perfectly encapsulate a season is difficult, but choosing one for an entire series, a series that’s been rapturously acclaimed since its inception, was an extremely difficult task. But when Badfinger’s 1972 song “Baby Blue” closed out AMC’s Breaking Bad, it just felt right. The song’s lyrics fit with the ending of the series with Walter White and his blue meth: “Guess I got what I deserved / kept you waiting there too long my love.” After the song aired, Spotify streams jumped 9,000 percent and would sell 37,000 copies the following week.

Fortunately, Breaking Bad creator Vince Gilligan was adamant that his music team choose the song to end the series. When he continued to reject other blue-themed songs, Gilligan finally brought his team around when he placed the song in the final moving crane shot. Talking to Rolling Stone, Thomas Golubić, the show’s music supervisor, said, “This is a love-affair story of Walt and his love of science, and this was his greatest product – his greatest triumph as a chemist. It wasn’t about Walter White as a criminal or a murderer or an awful person.” Now that the series is over, it’s tough imagining another blue-titled song ending the show. 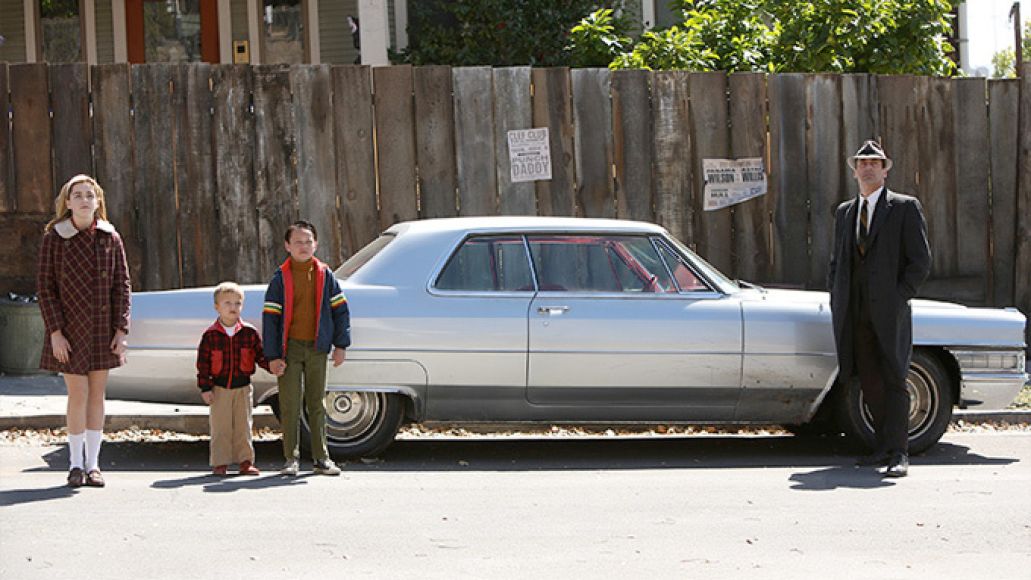 Season 6 of Mad Men continued the show’s nostalgically meditative approach to the elegant and turbulent ’60s. But this time, it looked as if Don Draper’s demons finally caught up with him. No longer the winning, undefeated Creative Director of Sterling Cooper Draper Pryce, he seemingly shredded the relationships with his wife, coworkers, and lover, reaching his lowest point yet. But then, there were moments throughout Mad Men’s Season 6 finale that suggested real, definite emotional growth in Draper’s character. In the final scene, Draper decides to show his children the brothel he grew up in while the ebullient opening notes of Judy Collins’ “Both Sides Now” ended the episode.

While many erroneously tweeted that the track was by Joni Mitchell, and though Mitchell wrote it, Mad Men used Judy Collins’ rendition, which was also the first commercially available version of the track. It made for the perfect cap of the varied, though still fantastic Mad Men season, with Collins singing Mitchell’s intimate lyrics, “It’s love’s illusions I recall/ I really don’t know love at all.” Despite Mad Men taking its time with the characters, plot, and forward progress, the appealing aspects of the show are those subtle, but crucial moments. “Both Sides Now”, in just those two lines, summed up Don Draper’s series-long struggles.