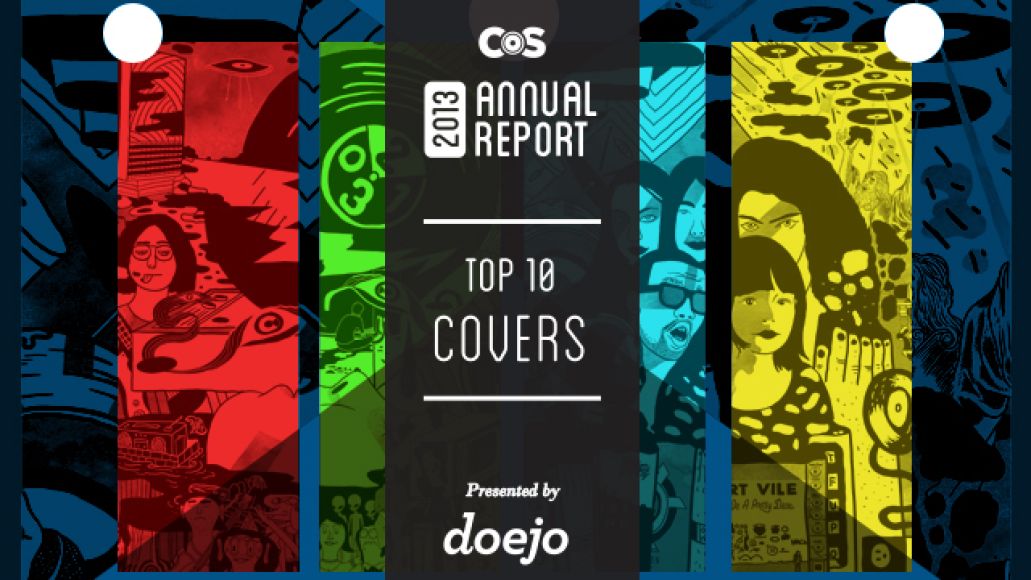 My bitter, more cynical mind likes to believe that bands hate awesome covers, that they sit and cowl as a youngling takes their work and brings it to a new generation with a cleaner voice, a brighter face, and a hipper beat. But that’s just me. (Sorry, I’ve always had a flair for the broad theatrical. Whatevs.healthcare.gov) This year, many of those supposedly cranky artists come from the ’80s, a decade that’s been examined, dissected, and beaten to a pulp by nostalgia for the last 15 years. How anyone managed to add a fresh spin on anything from that era of pastels, Wang Chung, and Don Johnson is admirable, to say the least.

But they did, and we’re reeling from it. Dancing even. So what you’re about to hear is a list of the cooler, more unique covers from 2013. Some might be obvious, but only because you, your friend, your parents, or your parents’ parents couldn’t shut up about them on Facebook all year. We can’t help you out there, but if you do have a few other obscure adds, let us know in the comments below. We’re always up for a great cover. Always.

Rare is the cover song that makes both the owner and the borrower look even better while staying completely loyal to its original arrangement. Rarer still is the song that, in stem form, just as easily could have ended up a great pop radio staple in 2013, or a great 1993 B-side from a now-middle-aged Mom-and-Dad couple who pioneered an indie rock sub-movement stamped “slowcore.” What we’ve come to realize about Low’s take on Rihanna’s piano ballad “Stay” since Alan Spearhawk and Mimi Parker first let it mindfuck half their audience at this year’s Pitchfork Festival – and sail way over the heads of the other half (guilty) – is that it’s not great in spite of hardly changing a single element, but because of that key detail. In the end, that still invokes the same delightful confusion as any successful cover, even those by similar artists nuking original arrangments: Who’s covering who? –Steven Arroyo

I’ve never been truly able to appreciate ’80s pop music, even from a fun, kitschy standpoint. It’s not the songs themselves, but the production: the overall tinniness, the shitty electronic drums. Thanks to Okkervil River, however, I’m now a fan of Wang Chung’s “Dance Hall Days”. Will Sheff and co. don’t futz too much with the diet New Wave hit; they just beef everything up, from the sugary keys to the spring break horns. In 2013, the retro stylings fit in perfectly alongside their songs from The Silver Gymnasium, a record that takes place just two years after the original “Dance Hall Days”‘ release. –Dan Caffrey

Kings of Leon would have you believe they’re the rugged, hard-partying descendants of ’70s Southern rock. But as they demonstrate with their version of Robyn’s “Dancing On My Own” from a BBC Radio 1 session, they’re not always the modern-day Lynyrd Skynyrd. Instead, they can be weird and unpredictable by tackling this heartfelt electro ballad, stripping away the synths and disco undertones and maintaining the emotional core. And because of that informality, they come across as forlorn and heartbroken as Robyn. This ditty proves that behind every country-fried rock god stands a kid singing into his mirror, hoping the world will hear what’s in his heart. –Chris Coplan

Lorde is a 5’5″ 16-year-old New Zealander, and those facts give the best song of the year, “Royals”, sincere levels of poignancy. The anti-musical establishment track doesn’t nearly reach its potential, however, until you’ve heard it sung by a 6’8″ sad-faced clown named Puddles Pity Party. Sure, you scoff when you see this white behemoth step up to a mic that’s a literal head above his blasé backup singers, but once he opens that black-outlined mouth… jaw-dropping. And that second verse-bridge-chorus? Stunning. What these guys Postmodern Jukebox do, reworking chart-toppers in genres of bygone eras, is fun and they do it well – but nothing rules with as much majesty as when this sad faced clown unleashes his golden voice. –Ben Kaye

Leave it to Tears for Fears to mask themes of greed and vanity with the scents of synths and happy faces. One of the greatest radio hits of the ’80s, you’ve no doubt heard this song at dentist appointments or strolls through the mall throughout the years. Suffice it to say, that’s not where Lorde wanted her version to be found. Her song’s fucking dark. With thunderous vocals and an industrial vibrato, Lorde grabs a dagger and slices through the song’s core values, chiseling down society’s horrific obsessions with the aforementioned themes. No wonder it’s on the soundtrack to The Hunger Games: Catching Fire. Let Lorde surprise you yet again. –Phillip Roffman

When Divine Fits, the supergroup featuring Britt Daniel of Spoon, Dan Boeckner of Wolf Parade, and Sam Brown of New Bomb Turks, dropped their debut LP A Thing Called Divine Fits, one of its many highlights was the cover of Rowland S. Howard’s “Shivers”. On this Australian radio feature Like A Version, the band took on Bruce Springsteen’s The River cut “Hungry Heart”, an “alliteration song title by a guy from New Jersey.” Stripped down with Daniel’s raspy howl, their rendition even features Brown using a book for percussion. This cover, though faithful, feels like a perfect fit in Divine Fits’ burgeoning classic rock-influenced oeuvre. –Josh Terry

Sheryl Crow isn’t typically on our daily playlists, but HAIM’s cover of “Strong Enough” has stuck around. The three sisters wire an electrified spunk on the light FM ballad, provoking a little hip and lighter-swaying into the jam. Crow’s acoustic strums are diminished to dust as Danielle rips through a variety of improvised solos, especially around the 3:17 mark. Such an arrangement reinforces the power and authority behind finding that man who is strong enough to deflect the songwriter’s “punches in the air” and lift her when she’s “broken down and can’t stand.” Judging from Este’s expressions whilst drumming, it’s evident that she feel that power with every crack. –Sam Willett

A midsummer addition to the consistently great Triple J cover series Like A Version, LA punk mainstays FIDLAR tackled Nick Cave’s “Red Right Hand” with a heavy dose of lo-fi that replaces some of the fire and brimstone of the original with ample stoner punk energy. Frontman Brandon Schwartzel’s voice stays octaves higher than Cave’s trademark growl but it fits the scuzzed out track all too well, especially as his bandmates match his energy note for note. Zac Carper’s plucking guitar stays true to the original, paying tribute while the rest of the band expands the track into something worthwhile. So worthwhile, in fact, the band re-recorded the song weeks later and put it out as a single with Nic Cage’s beautiful mug adorning the cover, just furthering their reputation as one of the more genuinely entertaining acts to watch on the West Coast. –Pat Levy

Hey. Fiona here. Sorry Leslie. Apologies Anthony. I didn’t mean to hurt you, Gene. It’s just that whenever I sit on my stool, touch the piano, and let my voice leave my lungs… ah, it’s stupid. Look, it’s not my fault for doing these covers. Chipotle asked. I consented. I haven’t even seen Willy Wonka and the Chocolate Factory since I was like, I dunno, nine? But here we are, and people seem to like my version better. I didn’t mean to do that. The same thing happened with The Beatles and Pleasantville. I remember thinking at the time: Hey, Jeff Daniels, he makes me laugh. Then, you know the rest… If it means anything, I hated the new movie with Johnny Depp, even though you might think I tried to give your song a lil’ Tim Burton twist. Can we let bygones be bygones? It was for a good cause, if that means anything. –Michael Roffman

“Then I guess I’ll just begin again,” Roland Orzabal lithely intones early in Tears For Fears’ cover of “Ready To Start”, as if the Arcade Fire song somehow captured the duo’s renewed life after one decade of reported animosity and another of relatively under-the-radar reunion. And, reclaiming their heyday, Orzabal and Curt Smith digitize the strings and organs of the original, the invigorating hum now twobbling and pinging from one ear to the other. For a band that had been somewhat reclusive, “Ready To Start” is an invigorating, living, breathing track that aches with Tears For Fears’ long history and sound. –Adam Kivel