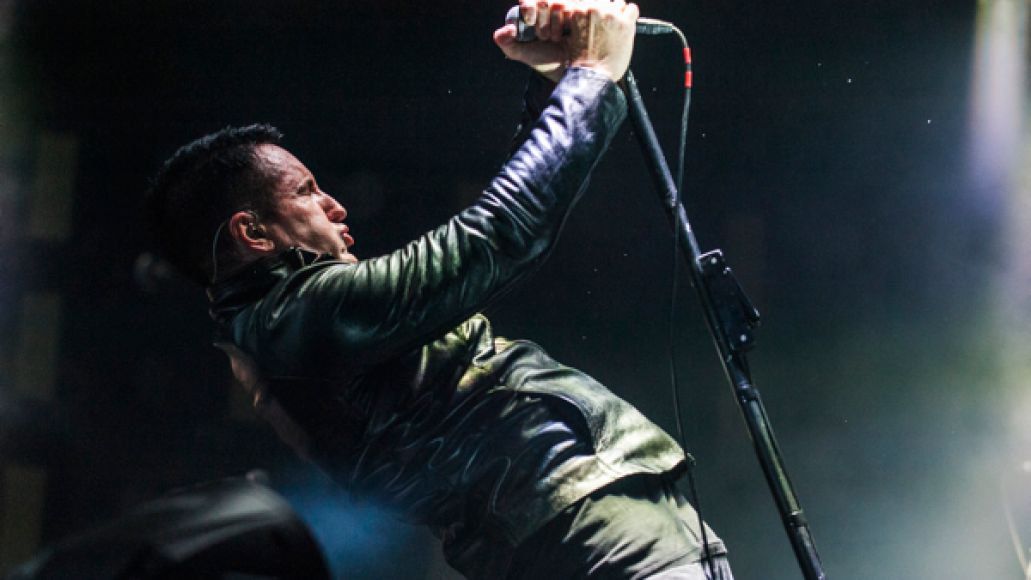 Since their landscape-altering reboot earlier this year, Trent Reznor and Nine Inch Nails have built their second act (or is it third by now?) on their relentless touring and dynamic stage show. Spending much of the last six months on the road, the motley crew have played festival gigs in 11 different countries in addition to a full-on arena tour of the U.S this past fall. Back in August, they gave fans insight into their “Tension 2013” tour with a behind-the-scenes documentary (and a recent follow-up piece). Now, they’re offering up a definitive look at their traveling extravaganza with a 77-minute concert film. It features footage of 14 songs as performed during their November 8th show at Los Angeles’ Staples Center. Watch below.

Update: The film will be released as an expanded DVD/Blu-ray in 2014.

Setlist:
Copy of A
March of the Pigs
Piggy
All Time Low
Disappointed
Came Back Haunted
Sanctified
In Two
The Big Come Down
The Hand That Feeds
Head Like a Hole
Even Deeper
While I’m Still Here
Hurt