Bruce Springsteen’s one hell of a storyteller. Forty-five years into his career, he continues to capture American life with his guitar and words, inspiring generations of singer-songwriters, and yada, yada, yada. Here’s the problem, though: He hasn’t actually said anything in years. Instead, he’s played the role of a preacher, delivering righteous sermons that are meant to lift spirits and preserve some sort of Americana that may or may not have died with Jack Kerouac. He rallied for Obama’s America on 2009’s hammy Working on a Dream, played community organizer on 2012’s Wrecking Ball, and now he’s… well, he’s doing the same jig with the cornucopia of reworked material and leftovers that is High Hopes.

This personality used to suit Springsteen. His 2002 critical and commercial blockbuster The Rising became the de facto post-9/11 breather that didn’t stink of onions and Limburger cheese. The album carried him back into the spotlight, making E Street our nation’s band and The Boss our national bard. Of course, this Capitol role wasn’t exactly new; politics have long been a part of the Springsteen canon (see Born in the U.S.A.), but only now did The Message take precedence over The Stories. Six albums later, he’s still circling the podium, carrying out this unnecessary role that’s seemingly become a natural instinct of the New Jersey rocker.

There’s a great quote about this very conflict from producer Brian Eno that dates back to a 1992 interview with Chicago Sun-Times writer Jim DeRogatis. He explained: “There’s nothing worse than feeling too self-important when you work. If you get landed with this burden that ‘I’ve got to do something great,’ that’s an awful thing. It’s a bit like that situation at a dinner party where there’s a silence, and suddenly, the silence gets longer, and as it gets longer, nobody knows how to break it, because you can’t say something trivial. You know what I mean? You have to say something momentous.”

Momentous can pretty much explain every Springsteen album after The Rising, save for 2005’s Devils and Dust and now this year’s High Hopes. The difference between the two is that Devils was a focused, intimate folk affair that recalled his darker Nebraska days and, well, High Hopes doesn’t know what the hell it is. The title reads like a rough continuation of his warm Chicken Soup for the Nation’s Soul, as if he’s literally holding up a sign on the side of the Jersey highway and asking you to keep trudging forward and believing in whatever he thinks America could be. Inside, however, it’s an erratic assembly of lofty communal messages that tell rather than show.

Also, how old are some of these songs? The ’90s fortysomething FM of “Harry’s Place” sounds stripped off the opening credits to Indecent Proposal or The Firm, while the gospel acoustics of “Heaven’s Wall” exhibit Lucky Town‘s DNA. The addition of Tom Morello doesn’t do any favors, either. His trademark scratches and wonky wah noodling might have been revelatory back in, say, 1999, but his inclusion here feels dated in the same way our parents are finally figuring out the DVD player downstairs. He does dial it down on the unnecessary remake of “American Skin (41 Shots)”, channeling U2′s The Edge, but loses all self-control on the sensational reboot of “The Ghost of Tom Joad”. The former loses its heart through gluttonous overdubs, while the latter eschews the lonely fire for bright streetlights and city boulevards.

The album works best when Springsteen’s taking in the atmosphere rather than leading it. “Down in the Hole” welds industrial effects, rustic folk tones, and a synth line that soothes like the bastard brother of “I’m on Fire”. He slowly paints beautiful images that are given time to blossom. “Dark and bloody autumn pierces my heart/ The memory of your kiss tears me apart,” he sings, later intoning how “radio’s crackling with the headlines, wind in the phone lines.” Not since 2007’s exceptional Magic has he actually lived in his own song. The same could be said for the meditative solace of “The Wall”, or the aforementioned Suicide cover, which seems modeled off of “State Trooper”. All three aren’t asking you to clap along, stand up, and do something; they simply want your imagination.

What’s questionable about High Hopes is Springsteen’s assertion that it’s a studio album, even as he admits it’s a collection of “some of our best unreleased material from the past decade.” Because of this, it’s hard to really grasp where his mind’s at nowadays, two years after Wrecking Ball. One answer might be his choice to revisit history on “Frankie Fell in Love”, a continuation-of-sorts to his original “Frankie” bootleg-turned-outtake off Tracks. “I’m winging down the street in search of new games,” he sang in the 1977 original, admitting that he doesn’t know what he’ll find, but concluding rather aimlessly: “Maybe nothing at all, maybe a world I can call mine.” Decades later, Frankie’s happy (as the new title clearly suggests), but that early crossroads thinking speaks more of today’s Springsteen. After all, he’s still saying goodbye to his late close friends and bandmates — both Danny Federici and Clarence Clemons appear on two tracks each — while attempting to truck ahead.

As such, High Hopes is a standstill album, momentous for being the first effort in a long time where The Boss appears speechless at the podium. Conceptually, this is him ruminating over his recent past, and he’s keeping his current cards pretty close to the chest. That ambiguity is about the most exciting facet here, though it’s hard to tell whether fans should be nervous or elated. Then again, the whole thing could just be a 57-minute excuse to tour.

If that’s the case: Leave the album, take the tickets.

Essential Tracks: “Down in the Hole”, “Dream Baby Dream” 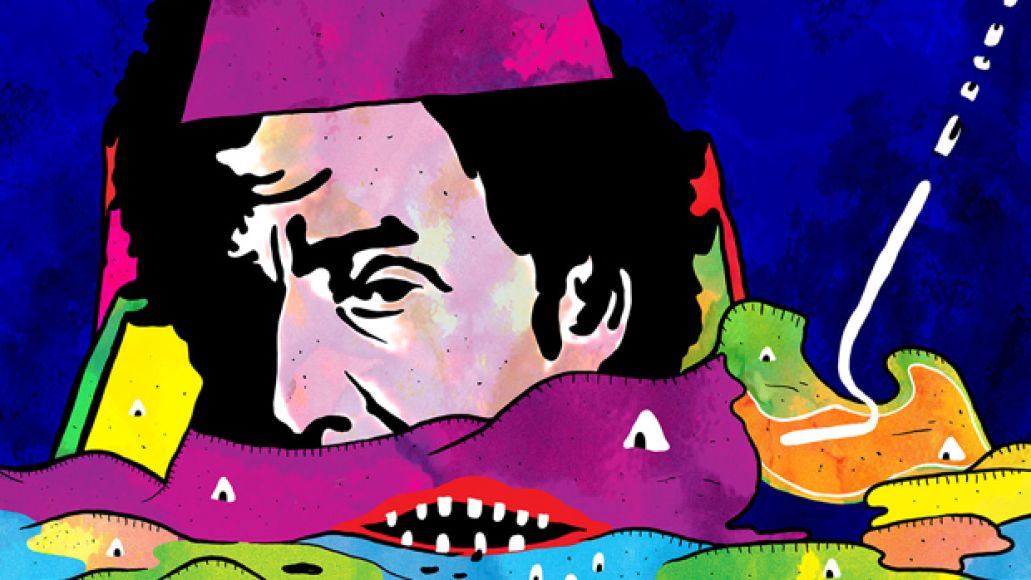