For this edition of Dusting ‘Em Off, staff writer Henry Hauser revisits The Times They Are a-Changin’, Bob Dylan’s third studio album, which turns 50 years old today. In honor, Henry returns to a time when race, class, and injustice were boiling over across America, only to discover the times are a-changin’ back.

In August of ’63, more than a quarter-million Americans peacefully assembled in our nation’s capital to demand “Jobs and Freedom.”  Student activists, labor organizers, and civil rights leaders all delivered impassioned speeches during The Great March on Washington, culminating in Dr. Martin Luther King’s iconic address, “I Have Dream”. The gospel and folk scenes were also represented, with Mahalia Jackson, Joan Baez, and Peter, Paul and Mary all playing gratis.

Augmenting this array of esteemed singers was scruffy 22-year-old songwriter Bob Dylan, who tapped a pair of folk protest tunes that would appear on his third album, The Times They Are a-Changin’ (TTTAAC): “Only a Pawn in Their Game” and “When the Ship Comes In”.  The former is a a bitter exegesis of racism and classism (“A South politician preaches to the poor white man/ ‘You got more than the blacks, don’t complain’”), while the latter conveys an unabashed hope for change. Dylan’s most topical offering, TTTAAC decries racial subjection, economic stratification, and American exceptionalism while boldly asserting that these maladies will be swept away by the tide of a new generation (“And like Goliath, they’ll be conquered”). Fifty years after its release, the album endures as one of the most incisive indictments of American society ever set to music.

Race, class, and injustice are the inextricably linked lynchpins of TTTAAC.  “The Lonesome Death of Hattie Carroll”, a topical dirge, juggles all three. With a forlorn, deliberate tempo that feels like a requiem, Dylan sings of William Zanzinger, a wicked white man who kills a blameless Black barmaid “with a cane that he twirled around his diamond ring finger.” The initial three verses all end with the singer counseling those who “philosophize disgrace and criticize all fears” to defer mourning; we must fight to ensure that justice is served before lamenting tragedy. But once we learn that Zanzinger’s punishment is a laughable six-month sentence, Dylan gives us permission to grieve for both Hattie Carroll and the corruption plaguing our country. Overcome by shame and sadness, Dylan bewails, “Now’s the time for your tears.” 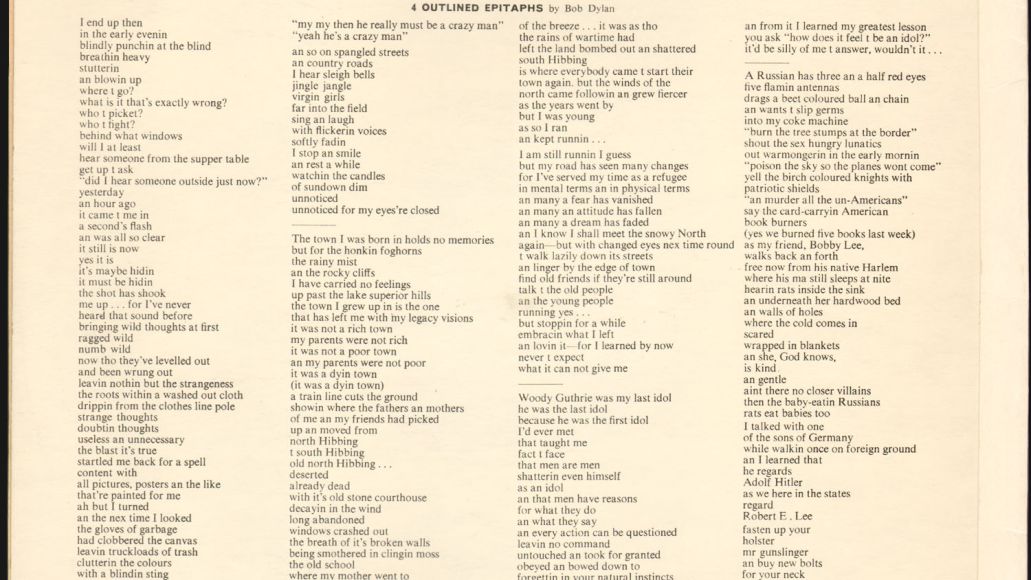 In “Only a Pawn in Their Game”, race and class intersect once again. Here, Dylan frames the brutal murder of Black activist Medgar Evers as stemming from deliberate societal brainwashing, rather than the hateful bigotry of a single White man.  Mirroring industrialist Jay Gould’s sinister boast that he could “hire one half of the working class to kill the other half”, the American aristocracy easily tricks impoverished Whites into detesting their Black counterparts (“He’s taught in his school/…To keep up his hate/ So he never thinks straight”). Instead of casting blame solely upon Evers’ killer, the singer takes aim at the powerful segregationist politicians and business elites that are arguably more culpable. In the chilling final line, Dylan unites Evers and his slayer under a single epitaph: “Only a pawn in their game.”

Dylan is also deeply concerned with the fate of America’s working poor. The dearth of heartland job opportunities figures prominently in the dark, apocalyptic “Ballad of Hollis Brown”. In this disquieting blues number, the only instrument is Dylan’s acoustic guitar, which he plucks in a flatpicking style. Repeating each verse with a scratchy voice to stress the gravity of Brown’s paralyzing predicament, Dylan crafts a frightening scene of economic destitution (“Your children are so hungry/ That they don’t know how to smile”). Unable to cope with his crying babies and screaming wife, the crazed protagonist sees death as his only option. Armed with “seven shotgun shells” that he purchased with his “last lone dollar”, Hollis opens fire on his own family. 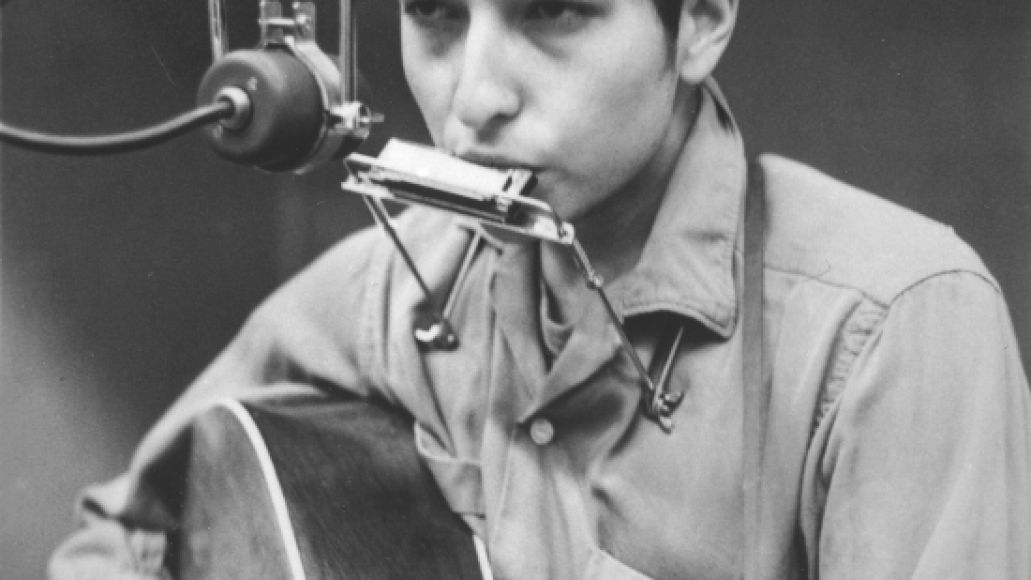 Channeling this theme of monetary misery, “North Country Blues” explores the ramifications of outsourcing. After an iron ore company shifts its mining operations to South America, a bustling town is reduced to “cardboard filled windows and old men on the benches.” Men flee in search of greener pastures, leaving their abject wives and children to fend for themselves.

Chronicling our bellicose history, “With God on Our Side” is the greatest song ever written about American exceptionalism. Stemming from John Winthrop’s sermon “City Upon a Hill” and Alexis de Tocqueville’s Democracy in America, this ideology maintains that America is qualitatively different from all other countries. Over the centuries, cxceptionalism has been invoked to defend brutalities ranging from our barbaric treatment of Native Americans to pugnacious interventionism in Latin America. Tracing America’s plethora of military victories, the singer-songwriter ponders what it really means to have God in one’s corner. After rifling through a litany of wars and massacres, Dylan whispers a profound pacifist wisdom, “If God’s on our side/ He’ll stop the next war.”

Despite the ills burdening our country, Dylan firmly believes that we will ultimately triumph over bigotry and ignorance. Grounded in biblical imagery and melodically influenced by traditional Scotch-Irish ballads, the album’s title track features a stolid, folksy harmonica and prophetic lyrics. The world will soon be turned on its head (“And the first one now/ Will later be last”); cynics are urged to hold their tongues (“Don’t criticize what you can’t understand”). Brimming with determined optimism, Dylan declares that injustice will be eradicated. Further building on this concept, “When the Ship Comes In” is a joyous tale of victory over prejudice and propaganda.

Closing track “Restless Farewell” wraps things up with a brazen assertion of individuality. “I’ll make my stand/ And remain as I am/ And bid farewell and not give a damn.”  Over the past 50 years, the erratic singer-songwriter has certainly made good on his promise. And then some.

The March on Washington was a major turning point in American history. The times, as Dylan accurately observed, were a-changin’. Shaken from apathy by this massive demonstration, Congress passed both the Civil Rights Act and Voting Rights Act, the most sweeping civil rights legislation since Reconstruction. But 50 years later, things seem to be a-changin’ back.  The Supreme Court’s 2013 decision in Shelby County gutted a key provision of the Voting Rights Act, severely hampering the federal government’s ability to ensure fair elections in the Deep South. Income inequality is at an all-time high, and Congress just cut over eight billion from SNAP. Bob Dylan released TTTAAC five decades ago, but our commitment to liberty and justice still hangs in the balance. “Don’t speak too soon,” Dylan sings on the album’s title track, “for the wheel’s still in spin.” And around and around we go.

Dusting 'Em Off: Bob Dylan - The Times They Are a-Changin'