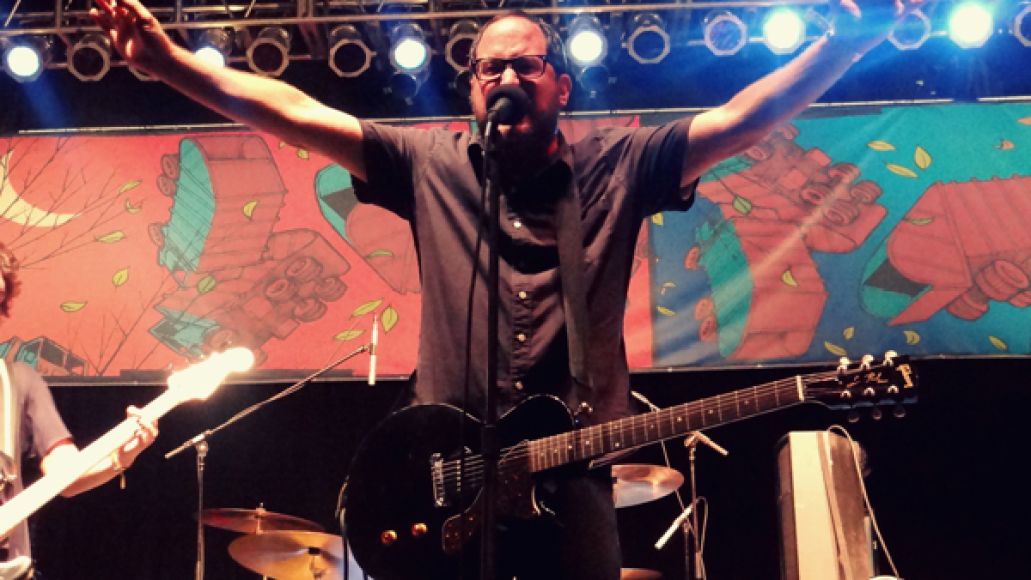 The Hold Steady will return on March 25th with their sixth studio album, and first since 2010’s Heaven Is Whenever. Entitled Teeth Dreams, the album will mark the debut release for Washington Square, a new imprint launched by Razor & Tie, according to Billboard.

The band plans to support the album with an “endless” tour dubbed “Nights Go on Forever”. So far, eight dates have been announced, starting January 29th in Memphis. It should be noted that the February 6th and 7th shows in Brooklyn and Harrisburg, respectively, will also serve as 10th anniversary celebrations for the band.

Also on the agenda is a crowd-funded covers EP. Each band member will choose one song to cover, and the entire five-track effort will be released on 12-inch vinyl. Proceeds will go towards the K + L Guardian Foundation, set up for the children of departed New Jersey writer, booker and event manager “Jersey Mike” Van Jura. The band has already exceeded its funding goal by 255%, but fans can still pledge their support via PledgeMusic and receive incentives such as t-shirts, signed EPs, concert tickets, and more.