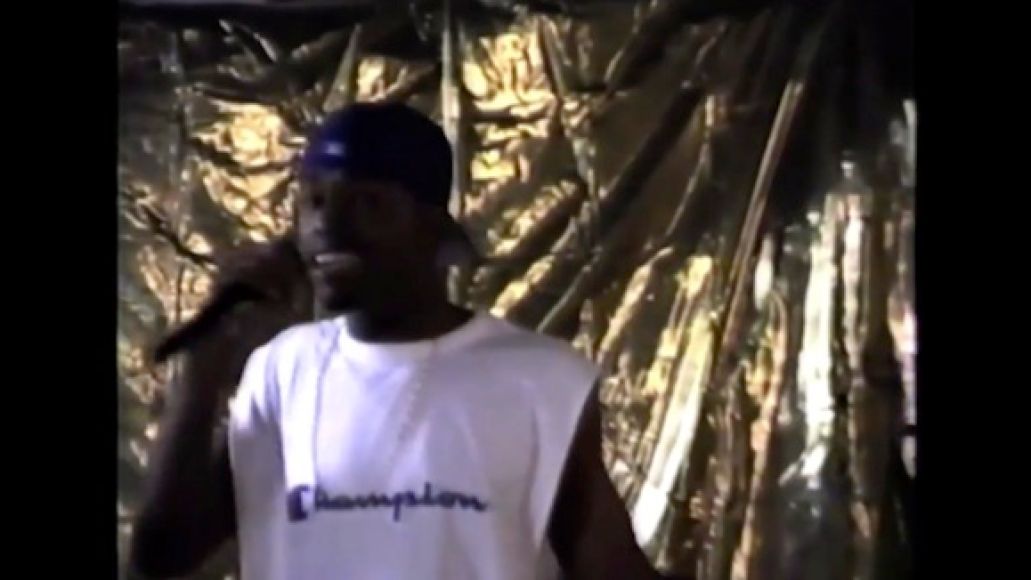 Back in November we dug up this video of a 12-year-old Lorde slaying it at her school’s Battle of the Bands competition. This morning we unearthed the most NSFW Jay Z interview circa 1997. Here’s the latest gem from decades past: a clip of Kanye West rapping at the tender age of 20.

The footage, which dates back to 1998, appears in a new trailer promoting Cap 1’s forthcoming mixtape, Caviar Dreams. In the video (which also features 2 Chainz, then known as Tity Boi), Cap 1 looks back at his humble beginnings as a Chicago emcee. One scene in particular shows Cap spitting rhymes in some kind of DIY space before handing off the mic to an already visibly talented young Yeezy. Looking at this rare clip, two things are certain: 1) Kanye must’ve developed mad skills since his elementary school days in China and 2) Sleeveless T’s have always been a fashion staple in Kanye’s closet. Watch it below (via The A.V. Club).

Watch: Kanye West rapping like a pro at age 20