Whatever happened to our indie rock and roll?

Broken Bells release their sophomore album, After the Disco, amid a climate that should be asking this question but doesn’t seem to be. Why? Well, the independent music scene has fractured beyond recognition, to the point that pop music is successfully re-branded as an alternative, major labels hold just as much credibility as indies, and the artists that were once heralded as saviors for both traditional pop songwriting and good taste are now acting as reactionaries, maybe in natural response to their sound falling out of fashion, or maybe deliberately following trends.

Look at this year alone, as Dum Dum Girls dropped the punk influence in favor of synth tones of ’80s Britpop and dark wave. Warpaint went jammy experimental and claimed hip-hop made ‘em do it. Both released good albums, but both moved farther away from the guitar-based indie rock that got them to where they are.

Would The Shins really sound that bad if Chutes Too Narrow or Oh, Inverted World came out today? It’s hard to believe that sound is something to retreat from, that it isn’t timeless. Good songs, even ones with fairly straightforward guitars and production, hold up. They sounded like they meant something to James Mercer, the band’s songwriter, and as a result became songs that could change your life. Instead of this kind of huge aspiration, After the Disco tests the water to see if the titular genre, as well as ’80s arena soft rock a la Phil Collins, are also timeless. Spoiler alert: They aren’t.

There is a blueprint for this sort of thing, the successful one of the Postal Service, which managed to take a different sad song-slinging guitar guy and make him dance floor ready. The major difference is that the electronics of Dntel weren’t as backward facing and tied to his signature as Danger Mouse’s pop arrangements are. Basically, the Postal Service seemed fresh, though a bit cheesy, because it was fresh. From a sonic and production perspective, we’ve heard Broken Bells with Portugal. the Man, and with Electric Guest, and with Rome, and probably on plenty more. At this point, it isn’t just unexciting–it’s becoming associated with average-at-best albums.

Broken Bells is at least wise enough to put its best foot forward. Opener “Perfect World” is a crowd-pleasing mover, four-on-the-floor steady and featuring a strong enough Mercer melody to look past the goofy tone on the electric guitar solo or the “Final Countdown”-iness of the breakdown and instrumental jam-out that seems to take place in clouds made of laser beams or some shit. As a one-off, and not as a mission statement, it is fun and harmless, as enjoyable and ultimately inconsequential as Mercer’s recent highlights. But an album of disco and disco-influenced songs begins to sound desperate and tasteless quickly.

It’s ironic that one of last year’s most exciting looks into the hopeful future of music was called “Control”, and here it is the epitome of tired, lazy songwriting. The funky, telegraphed beat is Michael Jackson, the melody of Foster the People, the horns the disco-pop revival of last year. But Daft Punk, or earlier LCD Soundsystem, took disco and made it something new, something their own. Mercer whining about how girls are hard to understand on song after song isn’t making something new; it’s re-branding. 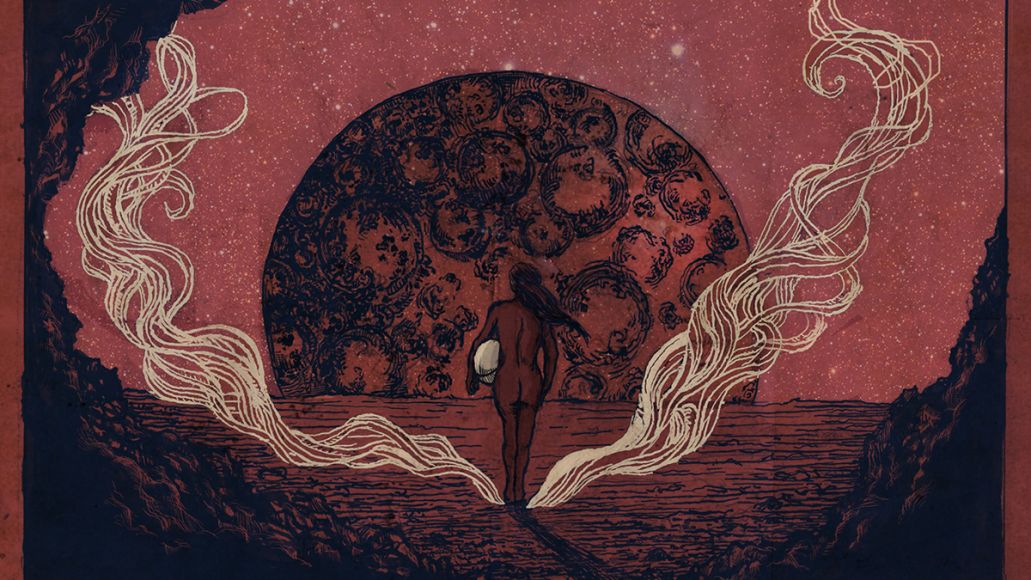 The album’s worst moments, “The Remains of Rock & Roll” and “Holding on for Life”, suffer for the cliche, near-parody of their obvious sonics. But the lyrics, lacking in subtlety or nuance, either overly specific or vaguely meaningless, sound like they were an afterthought. And hearing Mercer talk to Rolling Stone, the whole album sounds hasty, like a craft project and not like art. It sounds like they were making a product. And maybe that is fine, as it is for pop, and apparently every former indie-affiliated artist is actually a pop artist. Look at Future Islands claiming to have made a pop record, or Dum Dum Girls saying the same thing. Saying this means you don’t have to make art; pop doesn’t even demand a good album. This gets away from the rockist ideal that music should be more than that and the indie rock ideal that this is all that matters.

Ideally, both exist in harmony. In the midst of a massive upswing for pop ideals, independent artists need to lead a creative resurgence, not just join the party and cash the check. This is much as we had against the previous disco run with punk and hip-hop. When pop again had seeped into rock and roll with hair metal in the late ’80s, with nu metal and the TRL scene of the later ’90s, we had Nirvana and the beginning of modern indie, and then the rise of Pitchfork indie to wipe those eras clean. There has to be something brewing if disco is making a legitimate comeback. It only makes sense that when pop music takes over the consciousness like this, there is a reaction.

Now, it is dangerous to accept the premise that disco sucks as dogma, mostly because the late-’70s backlash to the country’s most popular genre is widely thought to be full of homophobic, sexist, and racial subtext. But even if this is true, many of the precepts of disco (excess, superficiality, and recklessness) are worth opposing, not unlike the EDM culture that is becoming more mainstream and influential on our pop music and general culture today.

So what if Mercer and Burton are updating an unpopular sound? That would be within reason if they were actually updating it, but they aren’t. The songs, sonically and structurally, don’t sound contemporary at all. At best, they sound like disco by way of these two artists, both of whom have been making similar songs for five, maybe ten years. “Lazy Wonderland” sounds like a less emotionally stimulating version of the Shins’ slower songs. Nearly every song has Burton’s indie rock choir thing that he uses too much. And just the practicality of this project — imagining Mercer in his sports coat, bald, singing these boogie-down numbers — would make Win Butler look like John Travolta in 1979.

Broken Bells is more forgivable for Danger Mouse, as he just seems to be on autopilot from project to project, and with U2 up next, we’ll see whether he reminds us why we like him (The Grey Album) or why we don’t talk much about him anymore.

Mercer’s first collaboration with Danger Mouse showed such promise with the flawed, murky song on the Dark Night of the Soul album, “Insane Lullaby”, where every bit of it gleamed with beauty and shriveled simultaneously in decay. It was inspired. If he’s not writing with that same fire anymore, which seems to be the case, he could at least not sell out his melodic gifts for a prime Coachella payday and more time to keep us half-interested in the next disappointing Shins album. The rest of us will wait for something new to be excited about, something that seems to matter to the artists and that makes us excited about the future, rather than be forced to remember a past that was questionable at best the first time around.