“Reggie fans are always the weirdest group of people,” singer and keyboardist James Dewees pointed out in San Francisco last night. “They aren’t like, talking to themselves in the grocery store weird, but they’re weird. And that’s a good thing because it means other people are as strange as me.”

What was really weird was to see Reggie and the Full Effect’s name pop back up in the SF concert feed a few months back, and it was surprising to show up at the show to see a sold-out, all-ages crowd. It was some sort of rare combination of aged Vans Warped Tour attendees and teenagers with X’s marked on their hands. Some were there to get nostalgic and catch a glimpse of one of emo music’s funniest and most mysterious bands, while others simply wanted to rock.

The one who seemed to be getting most nostalgic, though, was Dewees himself. He talked of playing Bottom of the Hill with At the Drive-In when Omar Rodriguez-Lopez asked to see Dewee’s genitals and how it had been 10 years since Reggie and the Full Effect unleashed their brand of fun on San Francisco.

A lot can happen and change in that time period; bands can break up, or completely change their sound. Fans grow up and move on to different horizons. Lucky for us, though, Reggie and the Full Effect are still fun, still goofy, still loud, and their songs are still catchy as hell. 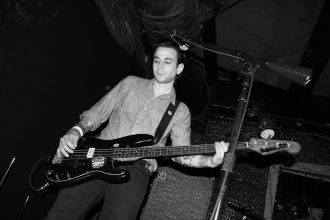 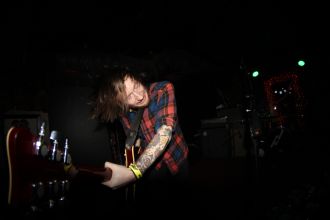 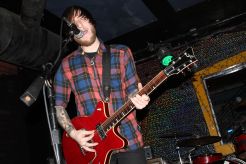 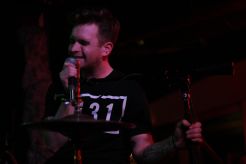 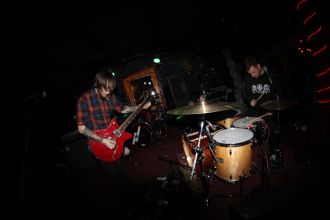 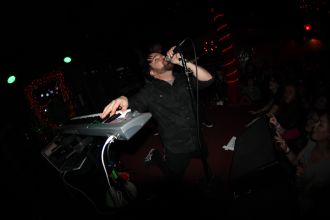 In Photos: Reggie and the Full Effect at San Francisco's Bottom of the Hill (2/1)