Bonnaroo has pretty much turned its lineup announcement into the musical equivalent of the Super Bowl. For its big reveal on February 19th, there will be a two-hour pre-show and a halftime performance by Ben Folds and The Flaming Lips, not to mention comedians Taran Killam and Hannibal Buress will serve as emcees for the evening. But what good is a party without a drinking game, which leads me to this: 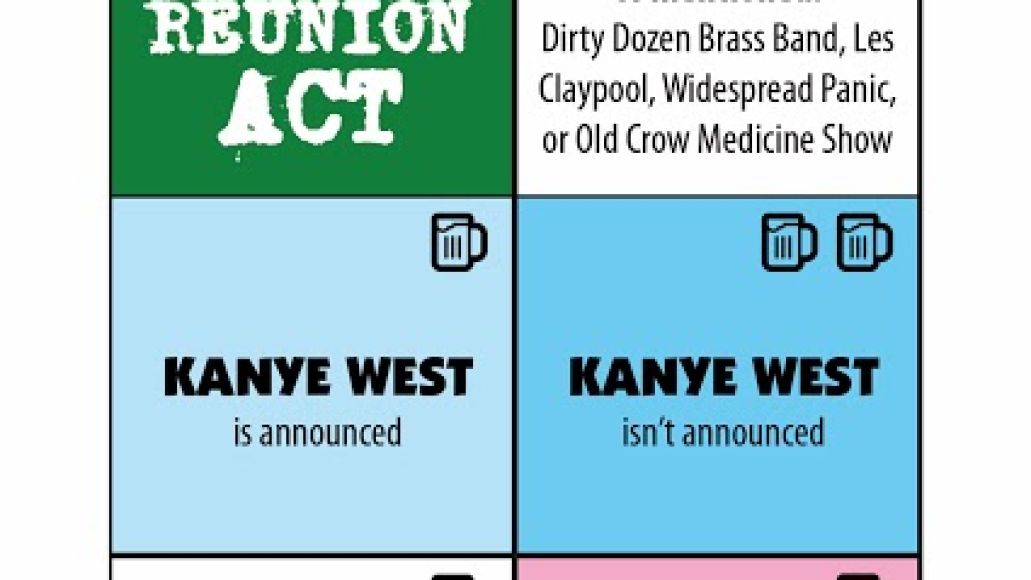 Courtesy of The Bonnaroo Chris Blog, we have the Unofficial 2014 Lineup Announcement Drinking Game! Either way, the Daft Punk category alone is going to murder everyone: if by sheer luck they do play, that’s three drinks automatically, if they don’t, um, 3,000 drinks? And what happens if there are three Superjams like last year? 6 drinks? Ouch.

Anyhow, props to Chris for making this work of art. I’m not really much of a beer drinker, gin is more my style, so check back next Thursday morning to see if I’m still alive.