Earlier this week, DJ/producer Kieran Hebden, a.k.a. Four Tet, participated in Young Turks’ takeover of Sydney radio station FBi 94.5, during which he revealed a new collaboration with Jamie xx, “Seesaw”, along with several new remixes and edits. Today, he was back on a radio, this time curating an hour-long mix for triple j radio’s Mix Up.

Once again, the mix was chock full of new music — “95% unreleased tunes”, according to Four Tet — and contains edits of music by Burial, Mariah Carey, Ellie Goulding, Nathan Fake, and more.

Show host Nina Las Vegas introduced the mix, writing, “When I asked Laneway Festival headliner Four Tet to come into triple , I never expected that when he agreed to record a mix he would play 60 minutes of all unreleased music.”

Listen to the full mix here, or check out his remix of Ellie Goulding’s “Burn” below.

The playlist is below. 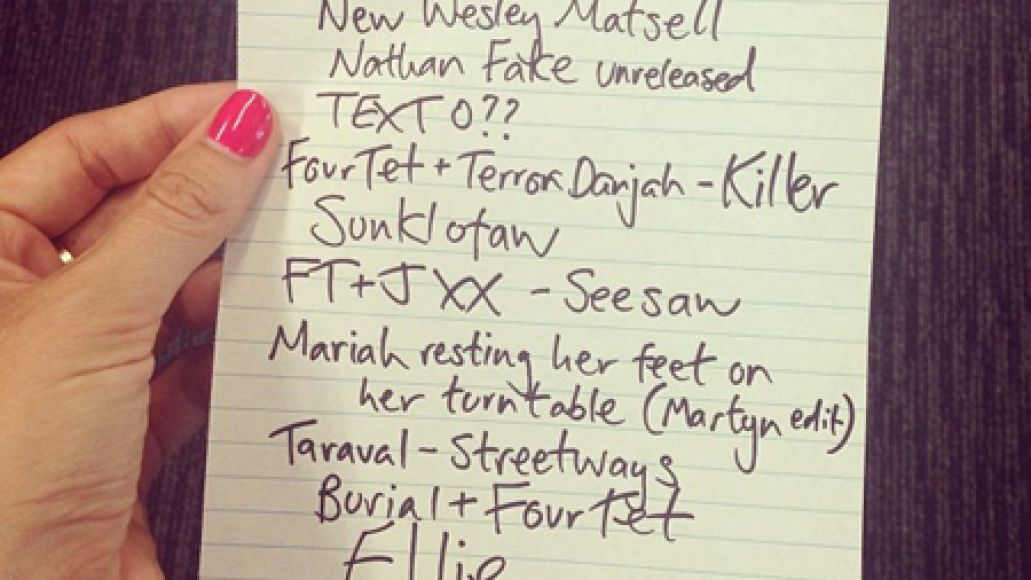