The crowd spilled into the aisles as fans scrambled to see Dr. Dog’s infectious energy on stage at last night’s sold-out show at the Riviera Theatre. It was the most densely packed concert I’ve ever seen at the Riv, and people were doing everything—pleading with, cajoling, and attempting to bribe the security guards—to squeeze closer to the stage. When denied, one seething dude chucked his Miller High Life at the wall in a rage, creating an explosion of cheap beer that showered nearby people. It was a testament to the Philadelphia outfit’s chemistry and strong harmonies that people were so hellbent on experiencing the music up close.

Opener Saint Rich started slow, but warmed up to the crowd when vocalist Christian Peslak hopped off the stage and sung directly to their fans at the barricade. When they finished with an energetic rendition of “Officer”, the venue was still only about three-quarters full. But by the time the lights dimmed and Dr. Dog emerged, the standing room was overflowing. 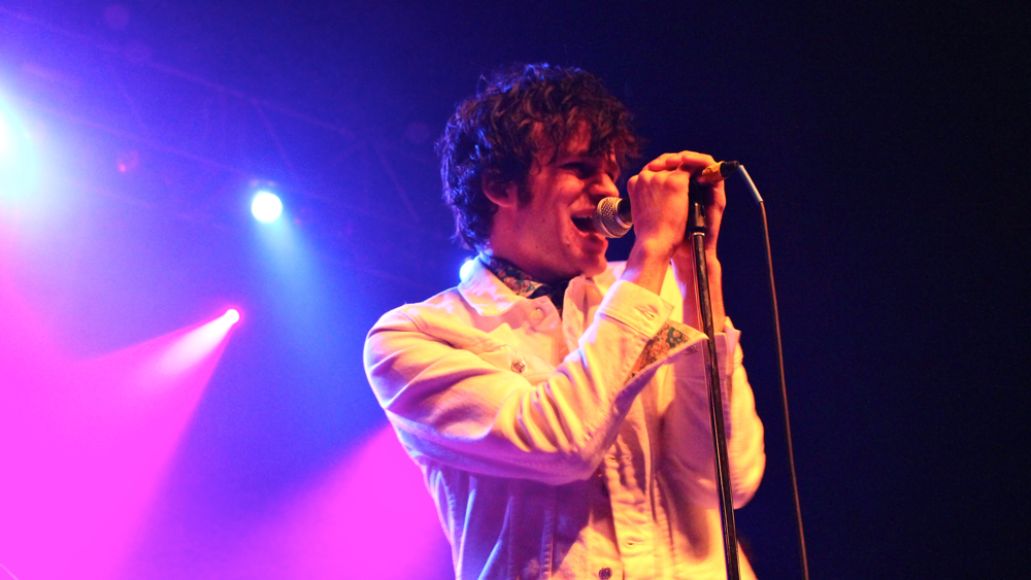 Dr. Dog didn’t play too much from their most recent album, B-Room; instead, the band drew on an eclectic mix from their catalog and even included some deep cuts (“Say Ahhh”, “County Line”) from its debut LP, Toothbrush.

The band proved it could get the crowd moving even on the slower songs, like “Too Weak to Ramble”, “The Truth”, and standout track “The Beach”. During the latter, guitarist Scott McMicken prowled around the stage to the sinister, measured guitar riff as he haltingly snarled, “Fate has a funny way/ Of coming around.” While Dr. Dog’s subtle improvisations, like slowing down “The Beach”, added nuance to the studio version, some of the band’s rambling jams briefly lost the crowd during “Say Ahhh” and at the end of “Heavy Light”.

But each time there was a lull, Dr. Dog reclaimed the audience’s attention with its outstanding harmonies. “Jackie Wants a Black Eye” and “Ain’t It Strange” highlighted the band’s extensive live experience. The crowd cheered wildly with every exuberant “hey!” on “Lonesome” as McMicken, guitarist Frank McElroy, and bassist Toby Leaman bounced around the stage while the band’s kaleidoscopic light show flashed in the background.

Dr. Dog finished their 90-minute, 21-song set with an encore that ended with two fan favorites, “Nellie” and “The Rabbit, the Bat & the Reindeer”. On the final song, McElroy unleashed a shimmering, free-form guitar solo as the crowd enthusiastically clapped along. During the encore, the security guard near me gave up trying to hold people back. He moved with the fans toward the stage and joined the crowd, as he smiled and nodded to the beat. 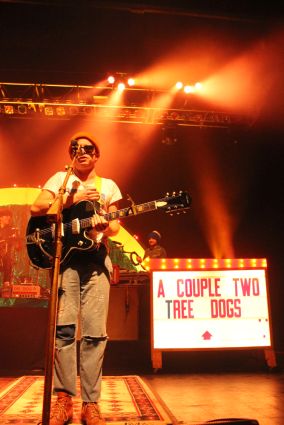 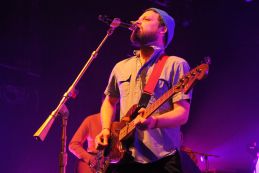 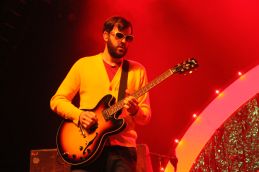 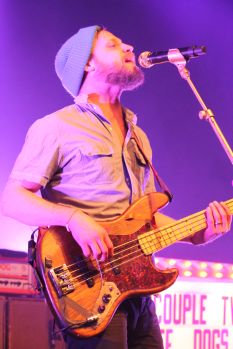 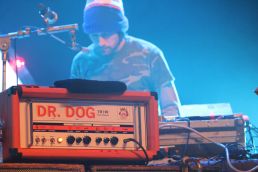 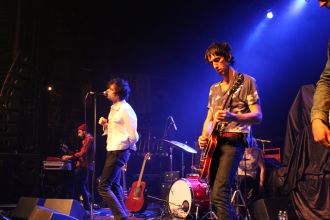 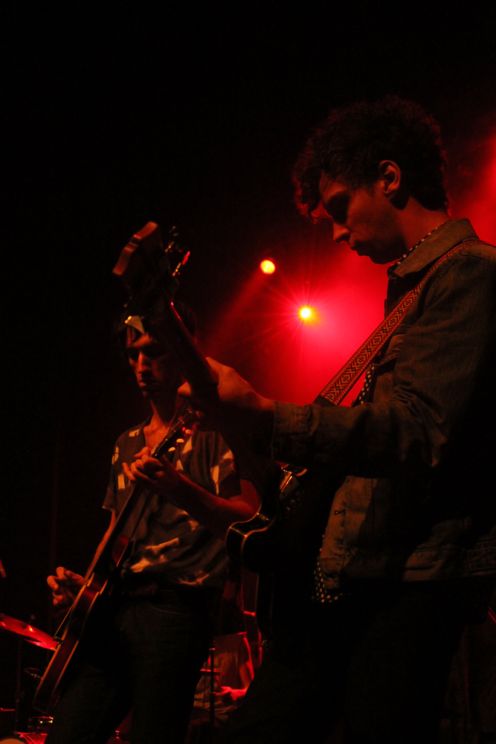