As is often the case, the first time I saw Lord Huron was on a boat. My fiancé had won an Instagram contest during day two of the Treasure Island Music Festival, and her hazy photo of Major Lazer had qualified us to join a dozen other festivalgoers in catching a ride back to San Francisco on a party boat. As we slowly chugged across the bay, a band I’d never heard of set-up a minimal assembly of cords and amps, the five of them cramped shoulder-to-shoulder in the belly of the small ship. That band, I would later learn, was called Lord Huron. That band, I would shortly learn, was damn talented. 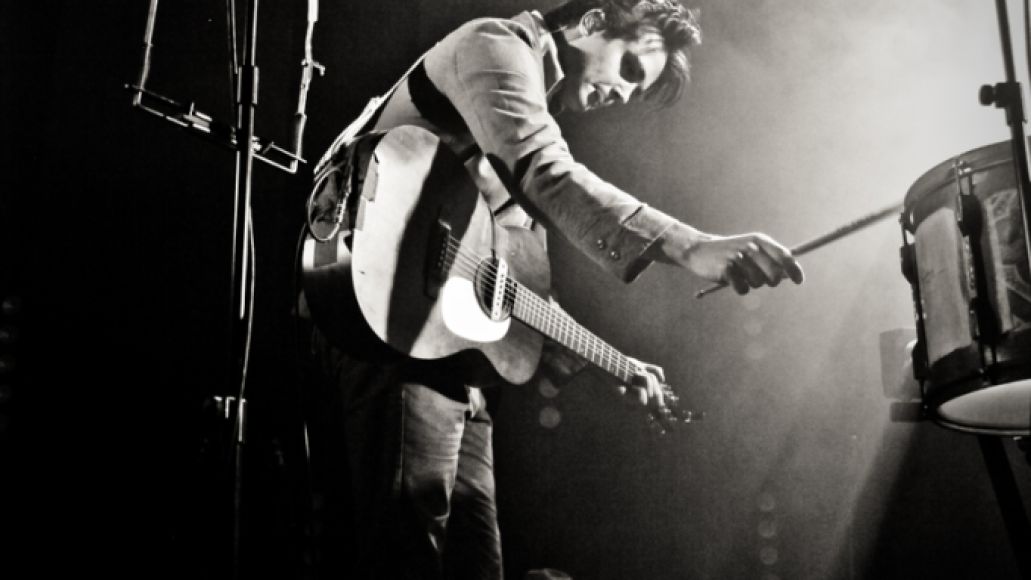 On Tuesday night, I decided to test my brain’s nostalgia factor: was Lord Huron as captivating as my memory insisted, or had the absurdity of seeing them at sea, standing toe-to-toe with the bass player for six songs, still riding the high of a day at Treasure Island possibly tainted my recollections? It was certainly odd to see a sold-out Fillmore crowd awaiting the group, not because the band isn’t deserving of such success but rather because I’d been so spoiled originally to not have to share them with 2,000 strangers. I heard snippets of more than a few conversations between people confessing they’d never heard the band. The show that evening was part of San Francisco’s annual Noise Pop Festival, and I had to wonder if the indie cred (whatever that term means anymore) of Noise Pop held enough water to make the actual music one was going to hear a secondary concern. Adding to the surrealism of my past experience with Lord Huron, the band’s roadies worked tirelessly to set-up equipment, a marked contrast from drummer Mark Barry using a bench seat as a tom-tom.

When the lights finally dimmed, Lord Huron took the stage to a sea of lights strategically placed at the back of the stage to simulate the headlights of locomotives. Lead singer Ben Schneider mystically jingled a handful of bells before launching into a spirited rendition of “Ends of the Earth” from the band’s debut album, Lonesome Dreams. While the songs and vocals are his property (Lord Huron is technically a solo project), the show was the product of five musicians embracing the contact high of their shared enthusiasm. There was little banter, with Schneider choosing instead to focus on whether or not he’d wear his Western hat—it ultimately made several appearances—and wailing on the drum pad situated next to his dual mics during “We Went Wild” and closer “Time to Run”. For the latter, guitars were traded in for drums and tambourines as Lord Huron ended their regular set in a rambunctious fury of percussion. “Time to Run” was clearly the song the crowd knew best, mouthing the words and shaking the hallowed floors of the Fillmore. 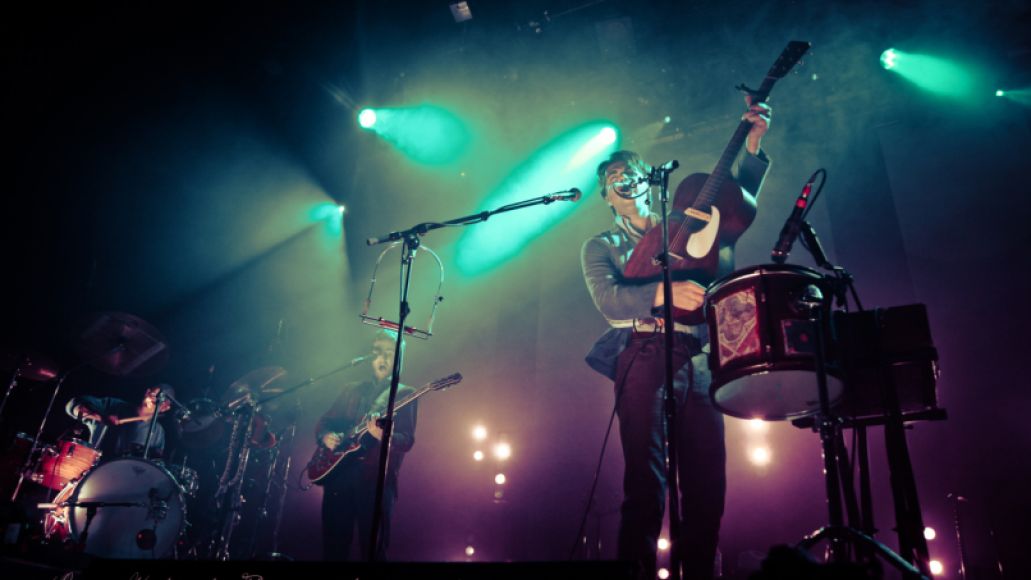 Throughout their set, I found myself fixated not on the differences between what I was watching and Lord Huron’s stowaway set from last October, but the similarities: the impassioned twang of Schneider’s voice, the wistful longing of his lyrics, and the synergy of the music washing over the reverb and copious machine fog. Lord Huron is a presence, and a band that is on the rise. They may have outgrown their days of playing in the cabins of ships, but they’re the kind of band that’s willing to. There’s simply no wrong venue for their music.

Setlist:
Ends of the Earth
The Man Who Lives Forever
I Will Be Back One Day
We Went Wild
Fool For Love
The Ghost on the Shore
She Lit a Fire
Lonesome Dreams
Until the Night Turns
Lullaby
Time to Run
Encore:
Brother
The Stranger