We didn’t have to go very far to put together this week’s countdown. In fact, we never have to go anywhere. We just sit and the songs come to us. That’s the brilliant part about the Internet that so many modern music fans take for granted. I’ve talked to early Gen Xers who remember dreaming of a time when you could access copious music accessibly. Not only did that happen, but we’ve now reached a point of extremity where it sometimes seems like there are too many songs available, and certainly not enough time to listen to them all, much less a need to. So, every week we try to filter that mass down to the 10 best, from any and all genres, doom metal to art pop. This week’s countdown epitomizes that goal, a particularly varied playlist for riding out this lingering winter weather. We had to scrape the sides of the barrel, but that’s why we do this: the thrill of the hunt and to quench the thirst for new sounds.

2013 was a good year for folk experimentation, like Mutual Benefit’s natural landscapes and Local Natives’ matured ease. Nativity Beds, solo project of Chicago’s Kyle Maurisak, infuses drum glitches and rattling bass foundations into the mix. Not only does his extensive creativity show on “Beaulieu River”, but also strong, concise songwriting. It’s single verse gets the point across that he’s a scarred lover, but the twinkling bells and hand-woven guitar contribute some much-needed tranquility. –Sam Willett 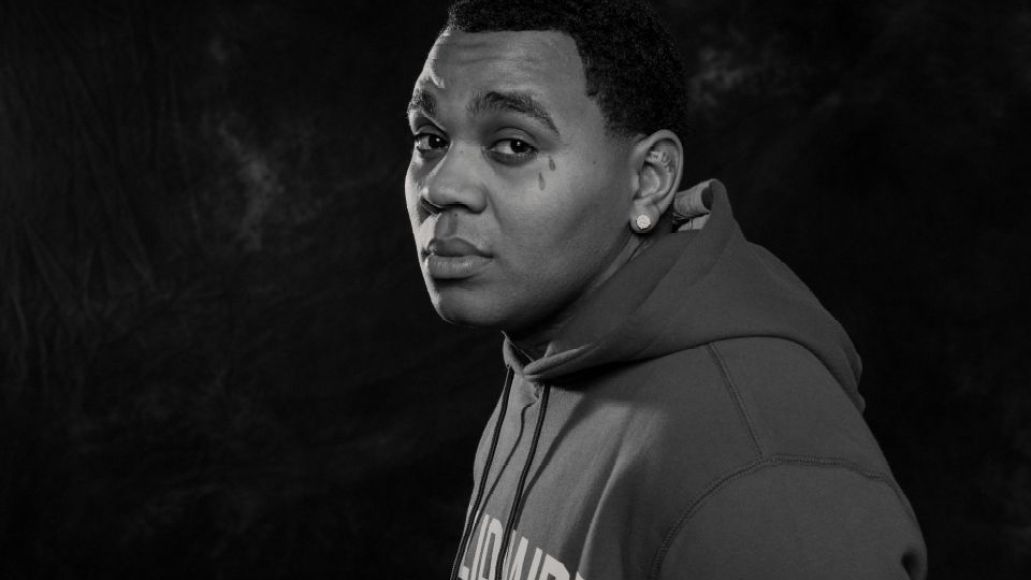 “Amnesia”, which will be on Kevin Gates’ By Any Means (due March 18th), is one of the last times we’ll ever hear Doe B, the Hustle Gang rapper who was shot dead three days after Christmas in his Alabama hometown. But if it went down as his very last material (it won’t, since you can plan on paying your respects via LiveMixtapes or DatPiff when his Definition of a Trapper 3 drops posthumously), it’d be a worthy swan song. “Amnesia” is technically Gates’ track, of course; the effect of the hook is that he’s muttering to his right-hand man (in this case, Doe B) about various bloodsuckers inching toward him in the club. “Who the fuck that bitch? I don’t know them, either,” it goes, and the sinister beat enriches the portrayal of the title’s psychological condition — way more convincing than the similarly lost protagonist in Dan Brown’s 2013 novel Inferno, since you’re asking. –Michael Madden 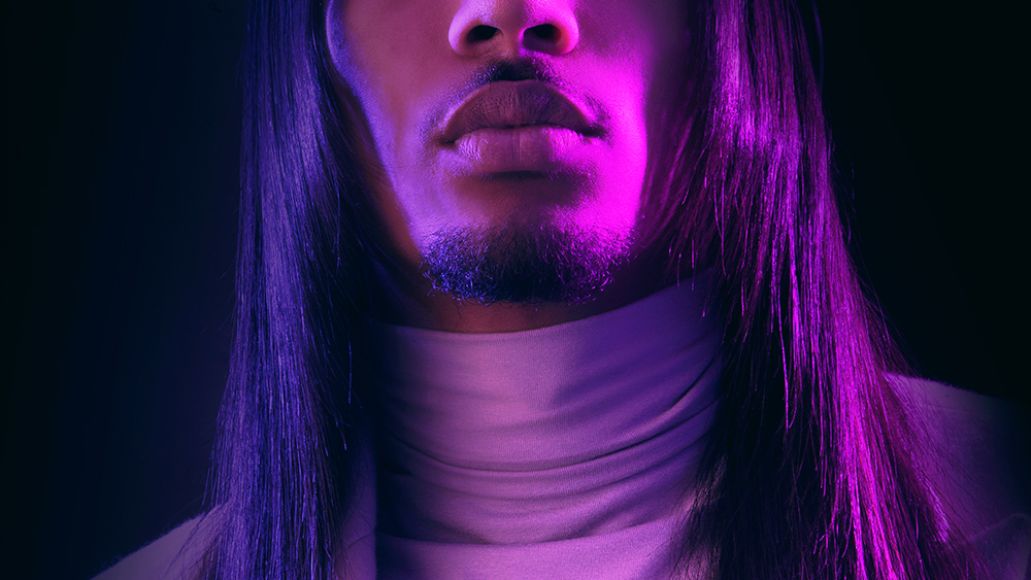 Berkeley’s 100s doesn’t just rap about pimping and his own freakiness, but what can you say? He’s great at it. On “Ten Freaky Hoes”, which will be on his Fool’s Gold EP debut, IVRY, he takes a mere sampling of the ladies he’s encountered en route to evidently Wilt Chamberlain-rivaling conquest stats. When Nez & Rio sampled Chromatics for ScHoolboy Q’s Oxymoron single “Man of the Year”, the Chicago producers came close to capturing the Seattle band’s elegant Italo disco; this song, gloopy, thumping, and thoroughly lipstick-collared, just about does. –Michael Madden

7. Deleted Scenes – “Songs of Leaving Behind” 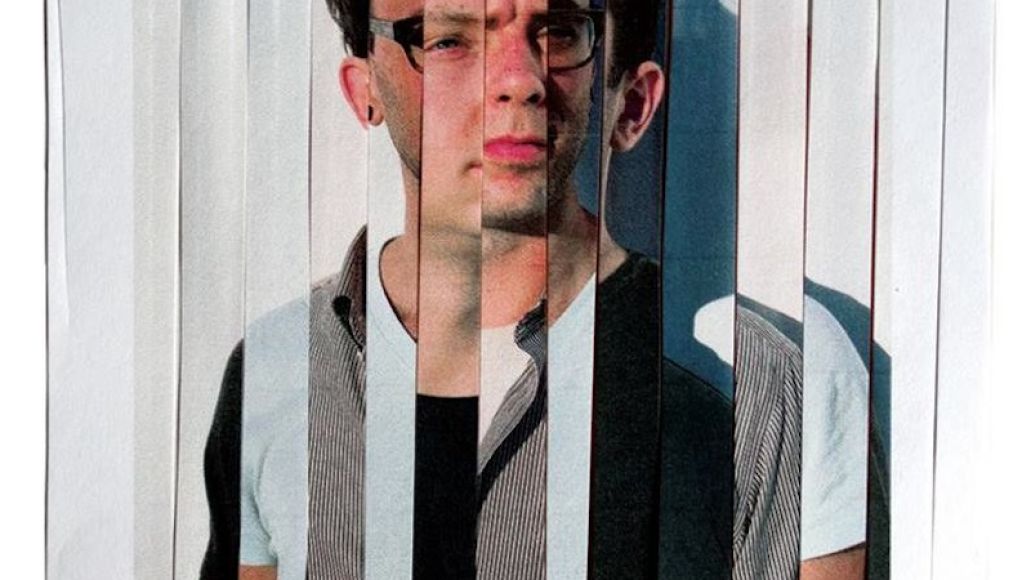 There are two sides to Deleted Scenes. Their psychotic single “Stutter” revealed zany, aggressive experimentation that was attractively crazy, similar to fits of The Dismemberment Plan. Their new single, “Songs of Leaving Behind”, takes the opposite side, built with smooth instrumentation and heart-on-your-sleeve romanticism. The band’s well-orchestrated, bold sound make wishes of “reaching an altitude to sing with angels” sound possible. Their debut, Lithium Burn, is due April 15th via Park the Van/Nevado Records.–Sam Willett 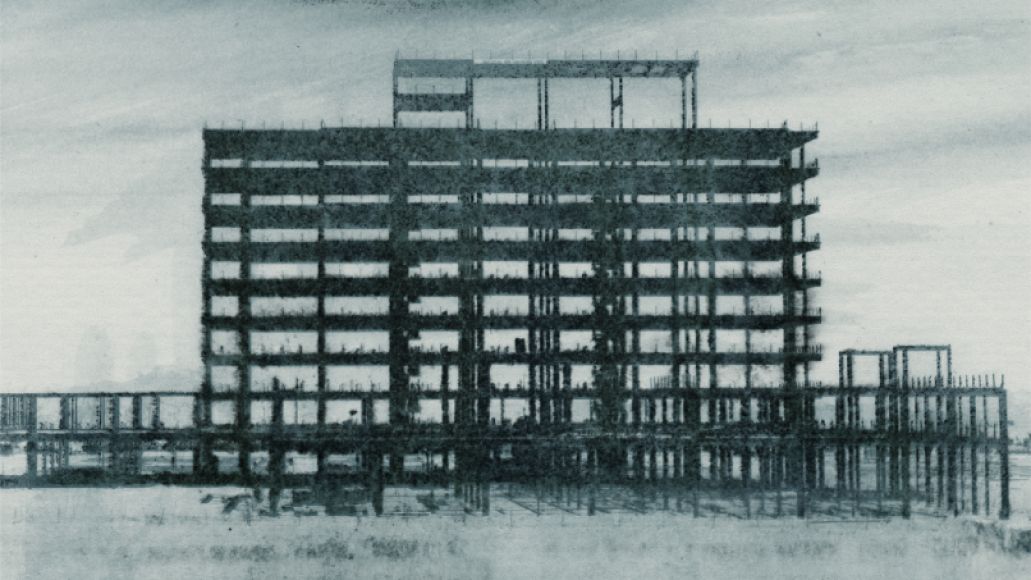 Neo-classical flourishes run through Hauschka’s new single, “Agdam” — a melancholy piece with fantastic prepared piano playing. It’s unpredictable, moving from calming sections of muted keys to galloping melodic marches, all led by the ever-active piano. There’s an attention to minimalism; every layer is used wisely, adding punch to the moments when they are introduced alongside the pulsing percussive tones. The track is from the pianist/producer’s forthcoming LP, Abandoned City (out March 17th).–Jon Hadusek 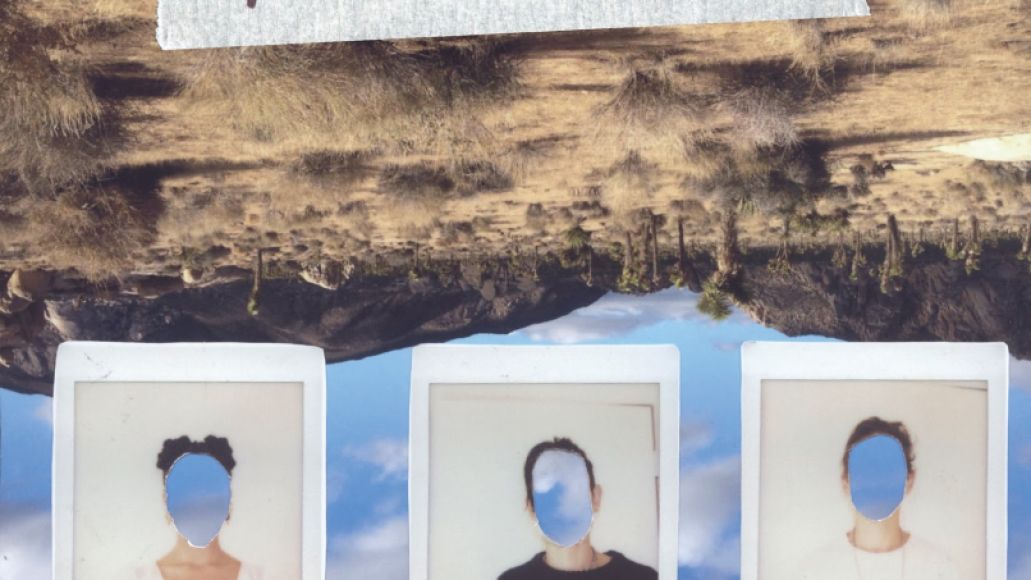 FKA Twigs’ recent collaboration with inc. proves that her spacey, experimental tendencies have the ability to transform. Given inc.’s poppier direction, one would think that the emptiness and avant garde experimentation would be a set-back, but teamwork allow all musicians involved to reach interesting new heights. Similar to the auras locked in her phenomenal EP2, Twigs’ haunting-but-addicting vocal manipulation meshes perfectly with the duo’s added guitar work and production. inc.’s Andrew Aged provides a bold backbone to to her tenor. –Sam Willett 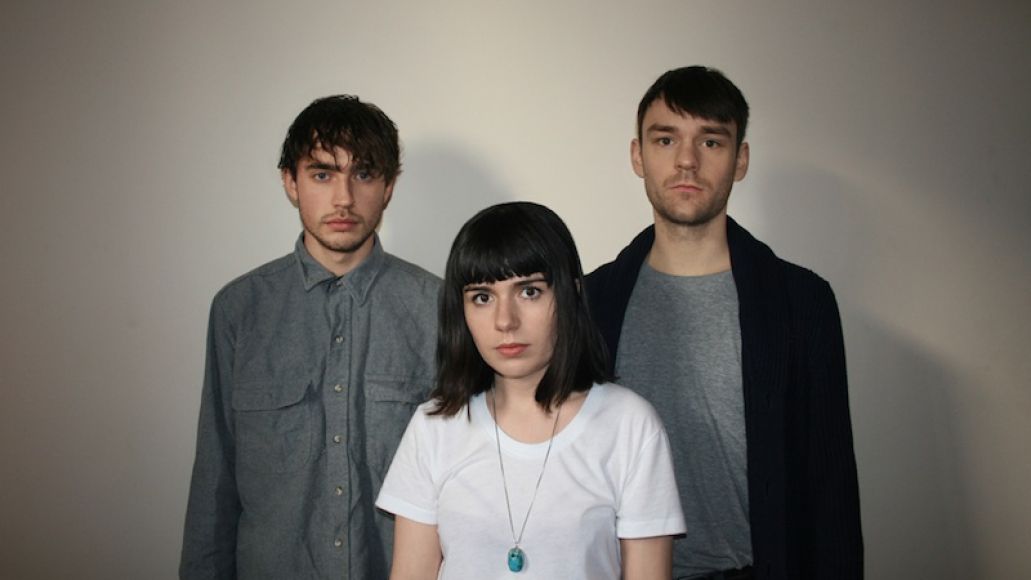 Compared to the more conservative dream pop of last year’s Early Fragments collection, Fear of Men’s “Luna” is bold-faced, with major shifts in wattage and a shimmering-but-spooked performance from the Brighton group’s assured frontwoman, Jessica Weiss. The cymbal splashes and whole-measure guitar swipes color the track texturally, but it is Weiss, faintly evoking Pat Benatar in tone here, who affords the song most of its enchantment. Fear of Men’s debut LP, Loom, will drop April 21st via Kanine Records; Art Is Hard releases a flexidisc and an accompanying zine on April 7th. –Michael Madden 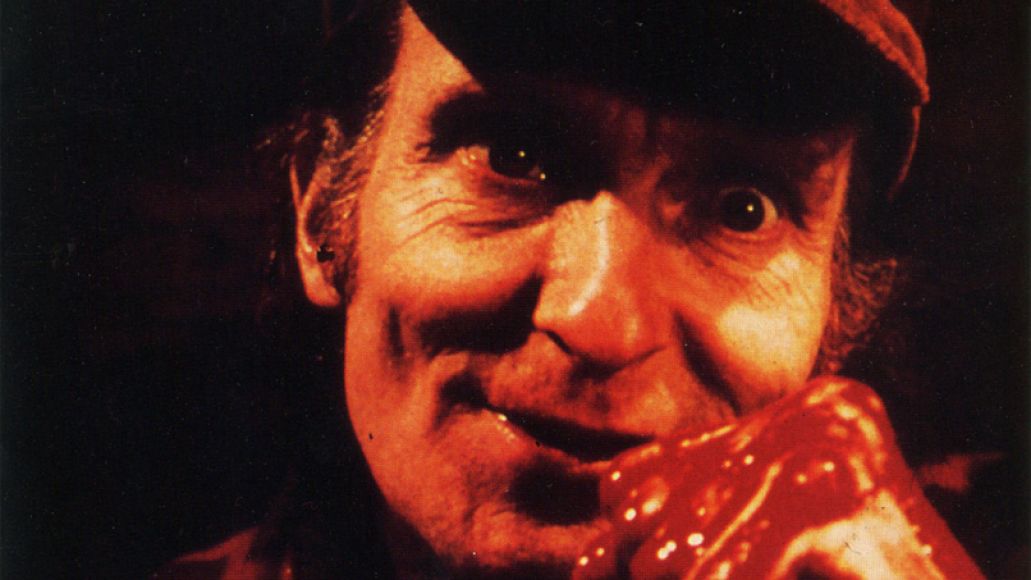 Brooklyn band Blood Farmers play a Melvins-esque brand of doom metal, with lyrics obsessed with gory B-movie camp. They’ve been kicking around the Brooklyn metal scene since the early ’90s, but they’re finally releasing their sophomore album, Headless Eyes on Tuesday (available at their WordPress site). It marks the reunion of original members Dave Depraved and Eli Brown, though the album’s title track sounds decades old, with creaking horror movie samples and massive, sluggish riffs. They provide a dreadful atmosphere for Blood Farmers’ otherwise bluesy, melodic music. These guys don’t release much material, but when they do, it’s strong. –Jon Hadusek 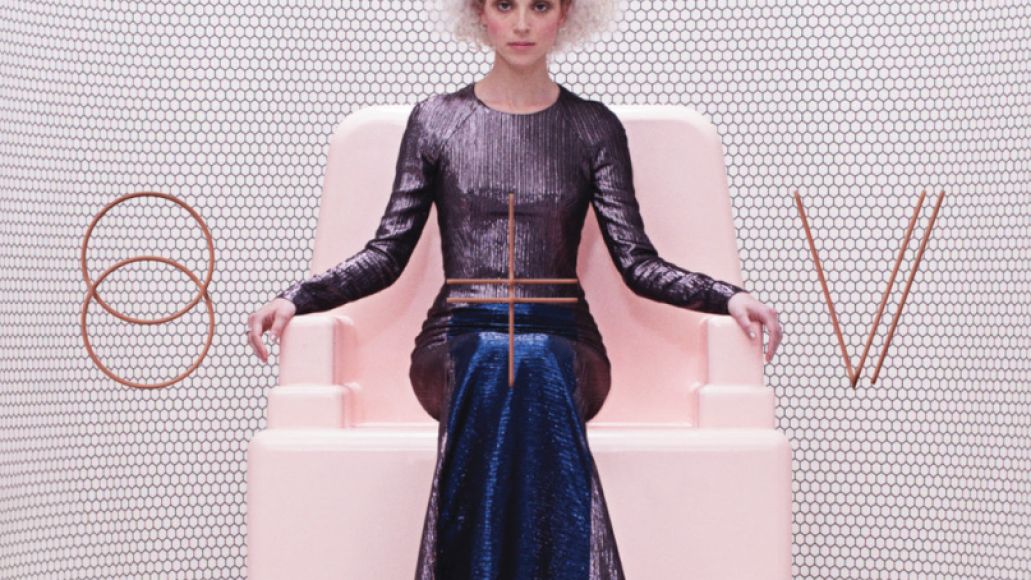 “Regret” (from the excellent St. Vincent) relives the aggressive guitar magic mastered on Strange Mercy. Annie Clark pumps its foundation with interesting vocal arrangements and an array of textures; its climax, packed with a five-guitar symphony, completes the jagged chemistry. All of this is done to toss away memories she’s not fond of, penning stunningly emotional lines: “I’m afraid of heaven because I can’t stand the heights. I’m afraid of you because I can’t be left behind.” Thankfully, this is some great therapy. –Sam Willett 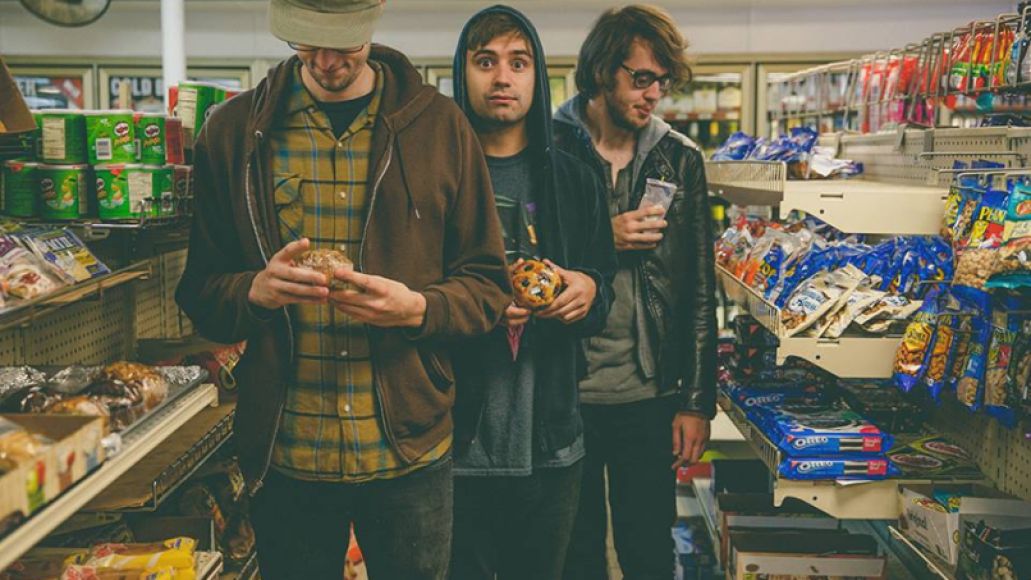 I’ve been telling people that the drummer of Cloud Nothings was a badass after I saw him at Fun Fun Fun Fest last year. Now I have audible proof. Jayson Gerycz shreds like a madman on the band’s latest single, “Psychic Trauma”, no doubt a highlight on their forthcoming LP, Here and Nowhere Else (out April 1st via Carpark). Gerycz’s drumming is only matched by Dylan Baldi’s parched screams. Dude sounds like he’s been smoking a couple packs a day. –Jon Hadusek