Kevin Drew is starting to grasp the importance of stretching. The (most frequent) frontman of the still-not-quite-technically-broken-up, maybe-never-officially-breaking-up indie rock titans Broken Social Scene is readying the material off his new solo album, Darlings, for a string of upcoming tour dates. When he answers my call, he’s just gotten back from an appointment with his osteopath to help treat an ailing lower back. Stretching every morning, he insists, is key to keeping back pain at bay.

“My bigger muscles are bullying my smaller muscles. My body’s become like a high school parking lot,” he says.

That’s probably to be expected of someone who co-assembled a band with a revolving door lineup – the depth of which sometimes peaked in the teens – and made the calls necessary to keep them together for over a decade. Though they have a reunion show on the horizon, Broken Social Scene has reached a phase where Drew speaks comfortably about it in the past tense now. “Some people used to say we were an innovative band, our sounds. That’s bullshit. The only innovative thing we did was make it work. That’s what we did. We took a huge group of people, and we kept it together,” he says. “Fleetwood Mac’s got nothing on us and our relationships.” 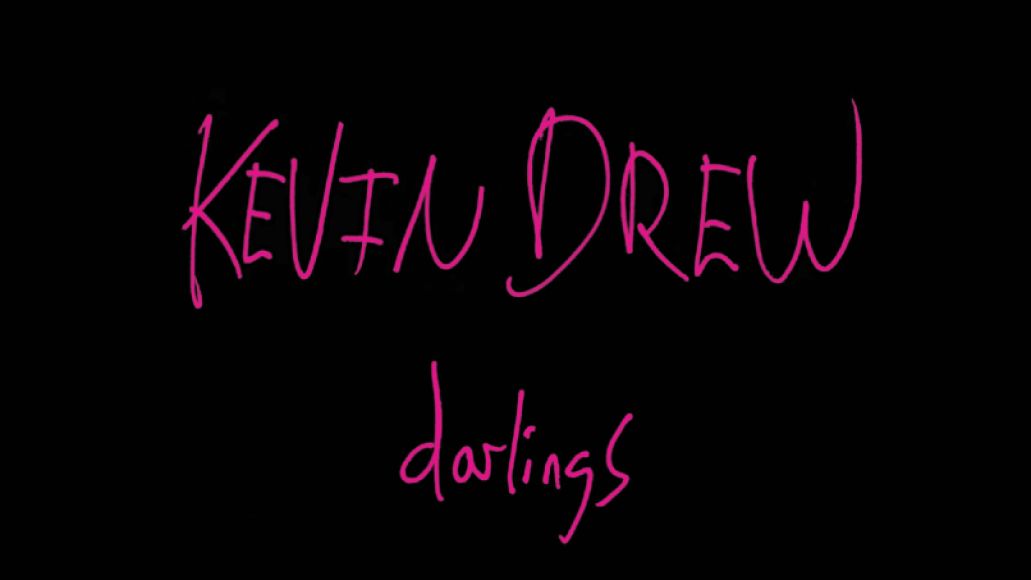 2014 will see the releases of two projects Drew’s been working on for the past couple years: Darlings, which drops this week, and a collaborative album with Canadian pop star Andy Kim, known especially for his 1974 #1 single, “Rock Me Gently”, and for co-writing the 1968 Archies classic “Sugar Sugar”, due later this year. In a way, they’re his first non-Broken Social Scene recording endeavors since forming the band, though former members Charles Spearin and Ohad Benchetrit contributed to both, and another, Leslie Feist, will be joining him on bills for some upcoming shows.

Drew’s first solo album, 2007’s Spirit If…, was recorded with the band and released under “Broken Social Scene presents Kevin Drew”. In many ways, it felt like another BSS album, riding the full-force optimism of gigantic power pop arrangements supporting gigantic prophecies like “I know we’re gonna be the lucky ones,” which may as well have been its subtitle. Darlings, by comparison, is his most sonically sparse album yet; by its sound alone, there’s a clear mission at hand of taking it back to the bedroom, before you even consider its lyrical side or even just the titles “Good Sex” and “Body Butter”.

It’s not all strictly personal. When our conversation drifts towards online dating, he goes long on his weariness from watching younger people (he’s 37) building relationships online today. “Everyone just kind of hides in their fingers, and they let their fingers do the talking, let their fingers be their courage, and that’s not right. You’ve got to make a connection,” he says. His words go shot-for-shot with the digital age-skeptical thesis points from certain recent albums by St. Vincent and (two by) Arcade Fire – but always with a dose of his signature overriding optimism and understanding. “I’m not trying to be hard on all that stuff. I did that “Good Sex” video, and a lot of those couples met online. And it was sweet, and I know it’s hard to find people, it’s difficult, but it’s only fucking difficult because no one knows how to talk to anybody anymore!”

“Right now, we’re just getting fed information to be cowards. That’s just a daily fact. There’s no conspiracy theory in the idea that fear is a massive, massive industry,” he says. “And I can’t help but be that older guy who’s becoming that guy who gives speeches now. I just can’t.” 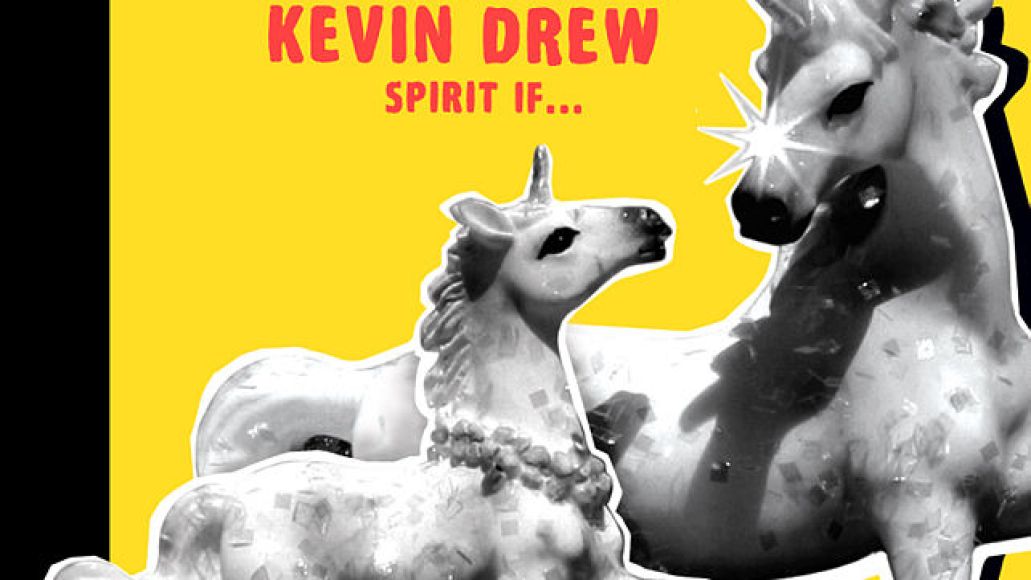 Spirit If…, like every Broken Social Scene album, captured this sort of excitement from facing the future head-first, but Darlings seems to be much more reflective and draw more from the past.

I think it’s because when you get older, if you’re going to jump, you want to know where you’ve been before you land. There’s a couple of things I had in mind. One was to make it simple, and make it real for myself, so I could enjoy it, and the other one was to not get lost in the songs, to make them actual songs where I could just sit down by myself or with a band and execute them. With Social Scene and Spirit If…, sometimes it was difficult to pick up an acoustic guitar and play.

I’m always into the skydive way of life; I’ve got the bruises to show you. I just thought the best thing I could do was to have some clarity in the delivery and the display of the album and how it sounded. I wanted people to hear what I was saying and not to be rounded out by, you know, 17 melodies at once. There’s a crew of people that I surrounded myself with on this record that went from the west of Canada to the east of Canada. And we spent time just sitting around and just coming up with whatever we felt like. These guys put a lot of their own takes on things, and what I could do with it was just sort of realize that a lot of this is just the bands that I love. It’s become my sound. Charles Spearin, Ohad Benchetrit. These are guys that I love dearly. Having Dave Hamlin come into the fold. I’ve never worked with him before. He became a spine to me that I didn’t realize I needed.

And I went off to Banff, where I worked with a gentleman named Graham Lessard and recorded. I hadn’t worked in that environment before, so I think anytime that you get to try out new ways of things and new views of things, and you surround yourself with the right people, that always becomes diving into something head-first. It’s natural. And I think that was the great thing about it, the natural aspect to it.

There’s a lot of pop music focusing especially on emotional sex coming from Toronto right now. Are you a Drake fan?

I never really listened to him until I was driving in my car in September and that “Just Hold On” song came on. I didn’t know who it was, I didn’t know anything about it, and after that song was done, I had to listen to everything else he’d done and find out who it was, because I declared it the greatest song of the year. Which was great, because I ended up being in tune with everyone else. But yeah, I went and checked the record out, and I love it. I love the aspects of how it goes into things; I like his music, especially when you’re out and they drop that. Anytime that track comes on, no matter where you are, it’s an immediate, let-it-all-go hip-grinder, which I think is what a great song is supposed to do.

Broken Social Scene is again reuniting for one show this year at Toronto’s Field Trip Festival. How did this tradition come about, and how are your relationships with everyone today?

Great. I think they’re even better now. We’re just tired, and we hit a ceiling. If we had broken through and found ourselves in front of thousands and thousands of more people, we would have kept going, but we kind of reached a point of where we could see that we weren’t going to be going any further than where we were. And there was an exhaustion that was kind of kicking in, to a band that was purely based around celebration. So it was a good call to stop it when we did. 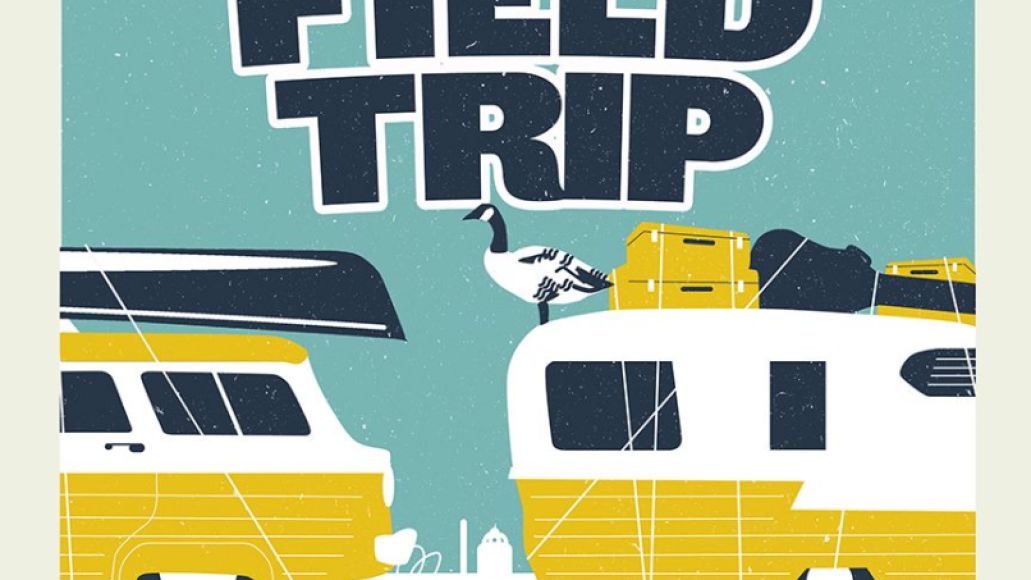 And last year’s show at Field Trip, going into it, there was some hesitance. Some people were into it, some people were not into it, but after we played, everyone said, “I’ll see you next year.” Because it really was a lot of fun. When the idea of doing it came up again, I wasn’t really so focused on that we should, but when I spoke to the gentleman that puts the festival on, Jeffrey Remedios, I could see that he was having a hard time getting some bands to evoke that feeling for our city of Toronto. And I love my city, and we’re at a time when we need to have celebrations. We need to remind ourselves how great we are with all the shit that’s surrounding us lately. On even a typical level, “Hey, let’s get the band back together!”[laughs]

I didn’t want to not be a part of that again. The idea of playing solo… there was just something about that family aspect that I thought would be great if we did it again, and it took all of seven minutes to put it back together. I made five phone calls and said, “OK, we’re doing this.” Everyone just said, “Yeah, great.” And that’s what we were. That’s how we started, and that’s what it was; it was about just having a good time at the show, playing some music, getting people to scream, feeling good, and then going back to your house and going to sleep. Wake up the next day and go to your local coffee shop, give yourself a high five, and then life goes on. 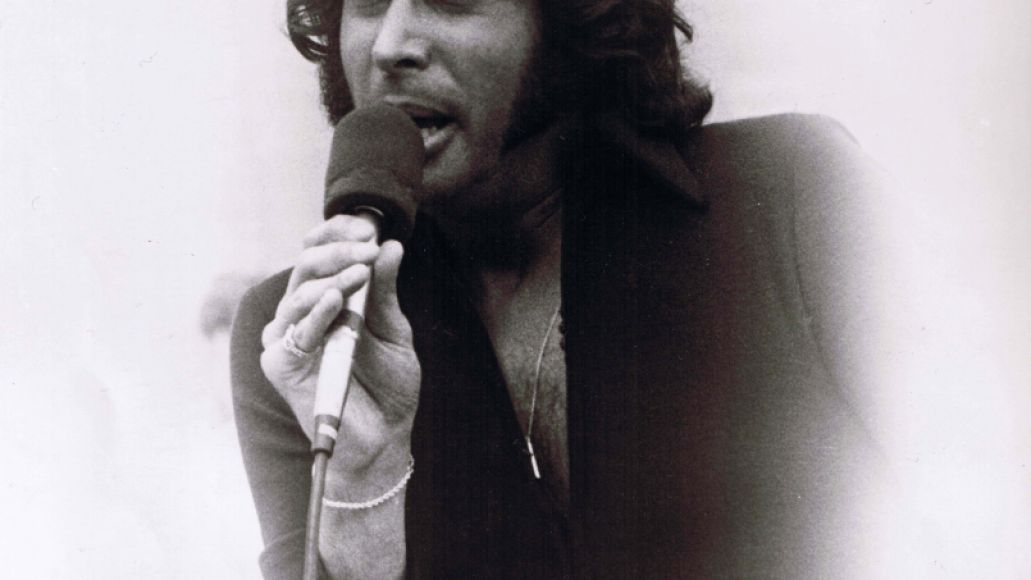 How did your experiences with making the collaborative album with Andy Kim differ from those of Darlings?

I made these records at the same time. And I made them with Ohad Benchetrit and Dave Hamlin, you know, I basically did them with the same crew. But with Andy’s, we stayed in Toronto; we didn’t work with Graham Lessard, who’s wonderful and incredible. And I really can’t tell you how much the game changed when Dave Hamlin got involved, either. I stress that the company I kept… I’ve said this a lot, where I’m trying to make proclamations towards these guys. Obviously, I sit home alone, and I figure stuff out, and I write songs, but it’s nice to have talent around you. I’m rehearsing with my band right now, and once they learn the parts, it’s gonna be great.

With Andy, he was ready to do anything. He just wanted in on the sound of Ohad and I; he just said, “I’ll do anything.” He works purely on instinct and emotion. He wrote “Sugar Sugar” very quickly. He just, for me, brought back why you do this. Why you sit in front of a “record” button. Why you talk to people. Human contact, human emotion. He was such a believer in everything we did, it was almost ridiculous. After a while, you realize that bringing out someone’s best is actually one of the great things you can do. I realize that getting lost is sort of like catching a cold these days, and it’s nice to have some lighthouses in your life.