As a graduate from Le Cordon Bleu and the star of Saucy & Sweet on the Cooking Channel, Kelis’ culinary prowess comes as no surprise, and she exhibited a chef-like artistry during her hour-long set at Apogee Studio. The songs showcased from her upcoming album from TV on the Radio’s Dave Sitek were as pleasing to the senses and soul as an exquisite meal.

Simply titled Food, the album features a marriage of cuisine and music not heard since Cibo Matto’s Viva! La Woman. Under Sitek’s guidance, Kelis has moved away from the EDM direction of Flesh Tone, where she collaborated with producers such as David Guetta and Diplo, in favor of a vintage, organic sound. 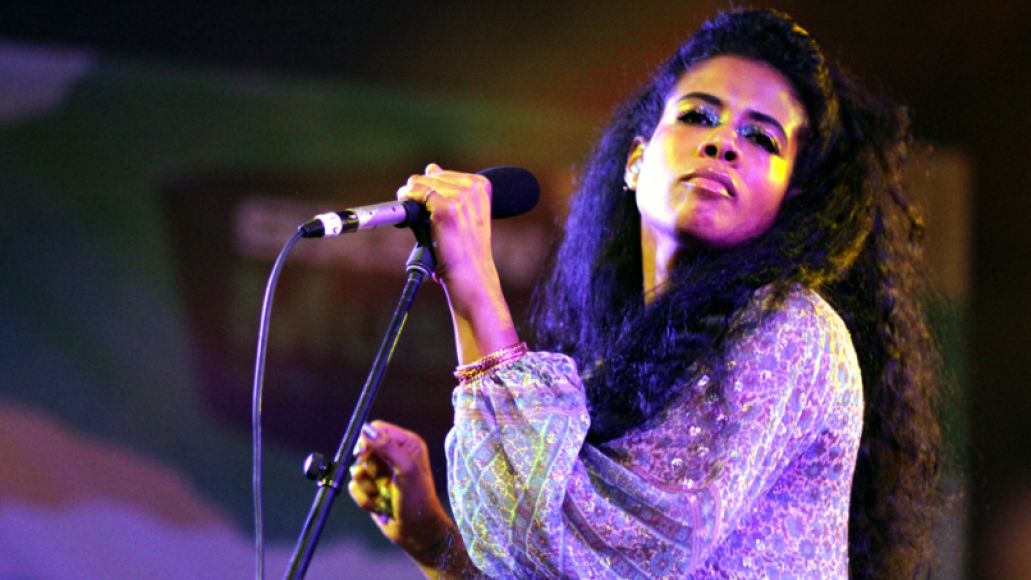 Songs such as “Jerk Ribs” and “Breakfast” were drenched in soul, but with hints of funk, rock, and Afrobeat. Older hits such as “Milkshake” and the Guetta-produced “Acapella” were reworked by Kelis and her 10-piece band and duo of background vocalists to reflect her latest identity. The new and reinvented old meshed together so seamlessly that Kelis and company played from one to the next without break, only pausing for the interview, encore break, and a breather before the devastating funk groove of “Jerk Ribs.”

Vocally, Kelis proved as formidable as ever. She tugged at the heart during new ballad “Rumble” and stunned on “Friday Fish Fry” with a raw sensuality that left many in attendance dampened with sweat and desperately rushing for a cool gust of the evening air following a finale of Nina Simone’s “Feeling Good”. The latest style from one of R&B’s leading chameleons was a feel-good storm of blasting horns and infectious rhythms that refused to be pigeon-holed to one specific, familiar sound.

The performance will broadcast on KCRW’s Morning Becomes Eclectic on Friday, April 18th.