As a result of 97 percent of the music industry being busy with SXSW, this week has been lacking in big-deal singles. Hell, the biggest one, Jay Z and Daft Punk’s “Computerized”, is an unreleased demo. But the relative slowness doesn’t mean the following list is in any way weaker than usual. It just means we had to do some extra digging this week. Who would ever complain about that?

Tom Krell, aka How to Dress Well, has been so personal in his music as to rattle off names of dead loved ones like he’s scrolling through his contacts list. “Words I Don’t Remember”, meanwhile, is a six-minute helping of tranquilized R&B that doesn’t need words to convey the weight on Krell’s spindly shoulders — rather, the sighs, whirlpool synth progressions, and distant snaps here are sufficient. –Michael Madden 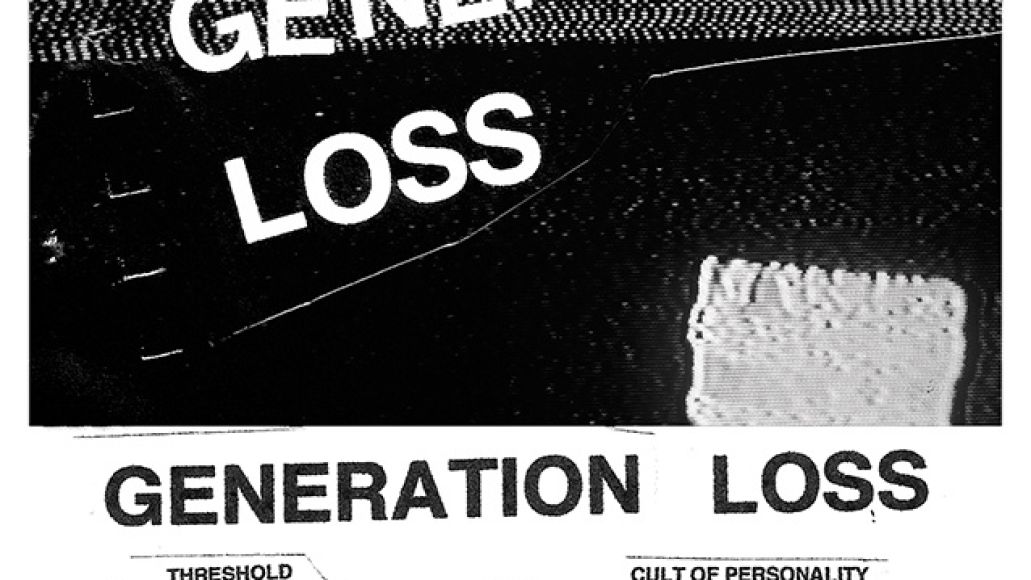 The latest product of San Francisco’s ever-active garage rock scene, Generation Loss are a DIY act with a ton of upside, as heard on “Enter the Void”. Spiny guitars pace a sluggish post-punk groove, and the vocals are deranged shouts where only the title — “Enter the void, enter the void!” — is distinguishable. These days it seems like any band can get by on lo-fi aesthetics and nihilism, but Generation Loss have a craziness that can’t be contrived, that it-factor that separates the strong punk bands from the shitty ones. –Jon Hadusek

08. Dread Sovereign – “Cathars to Their Doom” 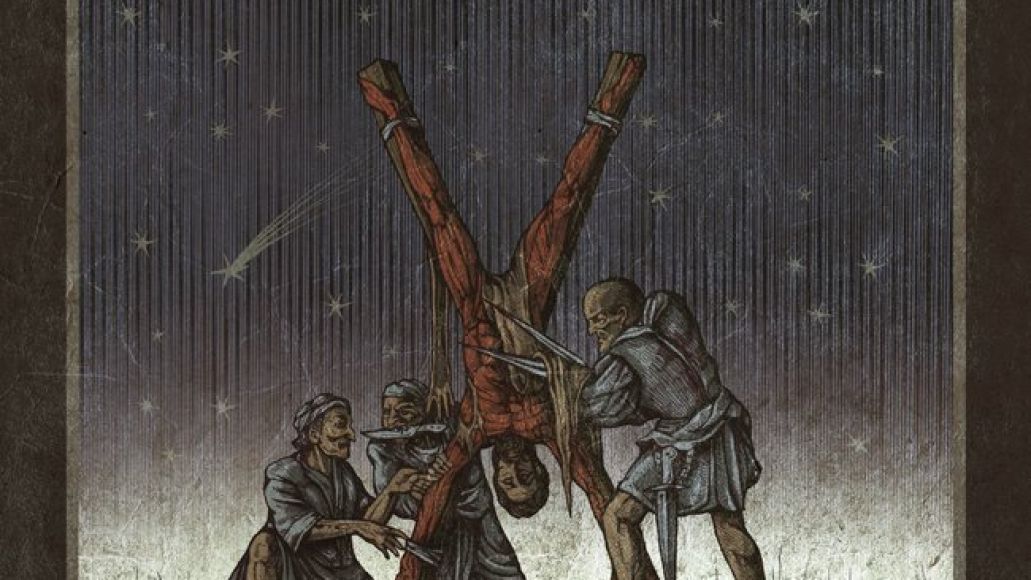 “Cathars to Their Doom” is a nine-minute opus that sees Dublin’s Dread Sovereign maturing as musicians and songwriters. It’s simply on another level as compared to 2013’s Pray to the Devil in Man EP. The multi-movement song twists and turns from dirge-like doom metal passages to spiraling blues guitar sections by Bones (of ZOM and Wizards of Firetop Mountain). Dread Sovereign will release their debut full-length, All Hell’s Martyrs, this month on Ván Records. Listen in here. –Jon Hadusek 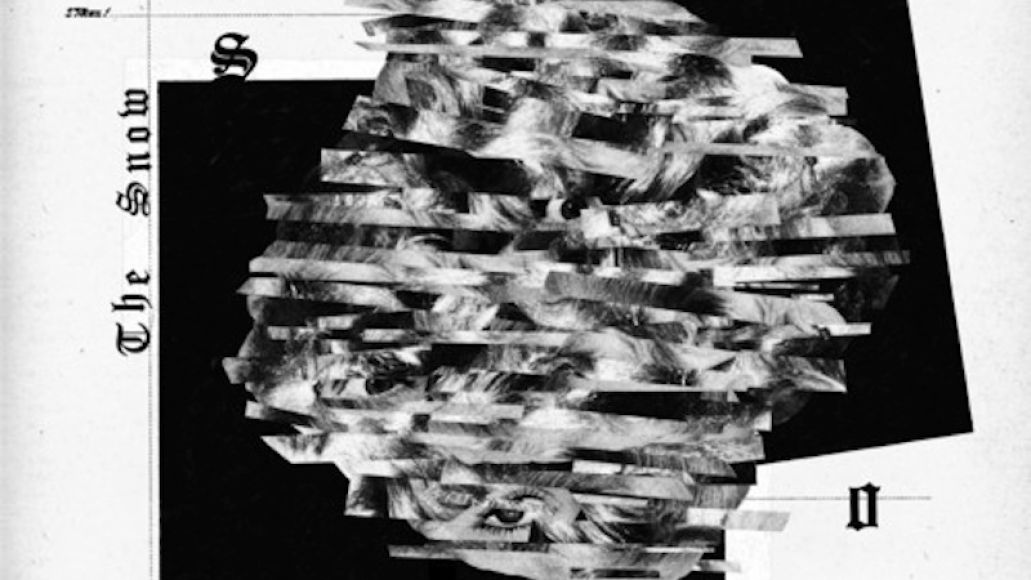 Captured Tracks supergroup The Snow is composed of members from Wild Nothing, Beach Fossils, and Holograms, and their synthesis on “Memory Loss” rings with nostalgia for most of your favorite ’80s bands. Andres Langstom’s croon croaks like Robert Smith, while the band surrounding him dresses the jam with chorus effect-loaded arpeggios and bold bass lines that resemble The Smiths. When combined, each member’s mastery of these aesthetic compounds makes for a jammy, dream-bound adventure. Be sure to put this 7″ on your Record Store Day wish list!–Sam Willett 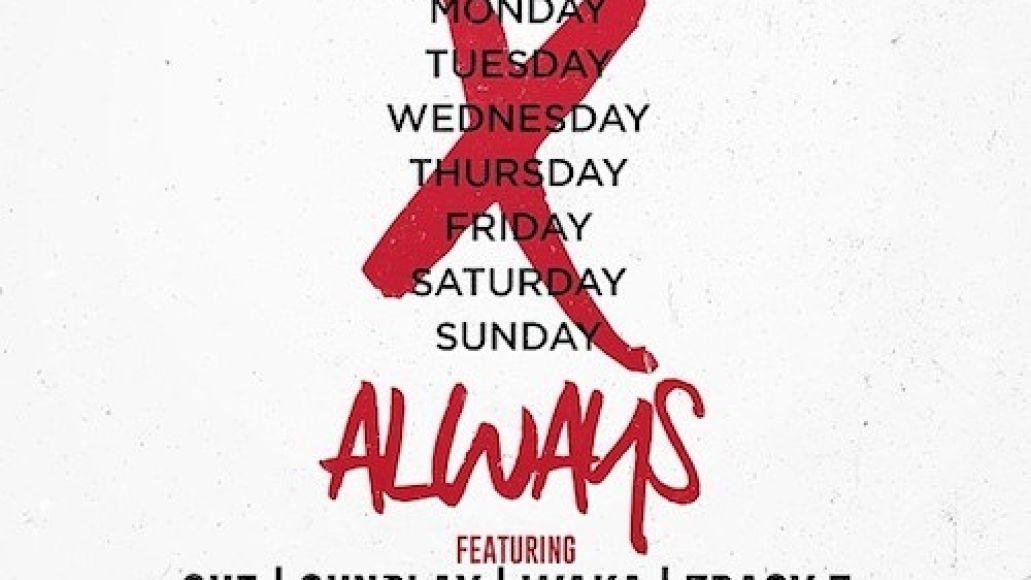 As trap-rap instrumentals go, MPC Cartel’s “Always”, from DJ Scream’s upcoming LP, Hunger Pains, is at risk of going down like a breakbeat you never recognize right away. On the lyrical end, it’s another story. These five rappers are at different stages of their careers, but they’re all committed to mischief 25/8. Ascendant Atlanta native Que leads the way with stacks of Benjis, Gunplay condones his five-drug minimum, Waka’s verse could be phoned-in but splits skulls nonetheless, and Tracy T reminds us that if he’s an MMG foot soldier, he’s packing just as much heat as his superiors. –Michael Madden 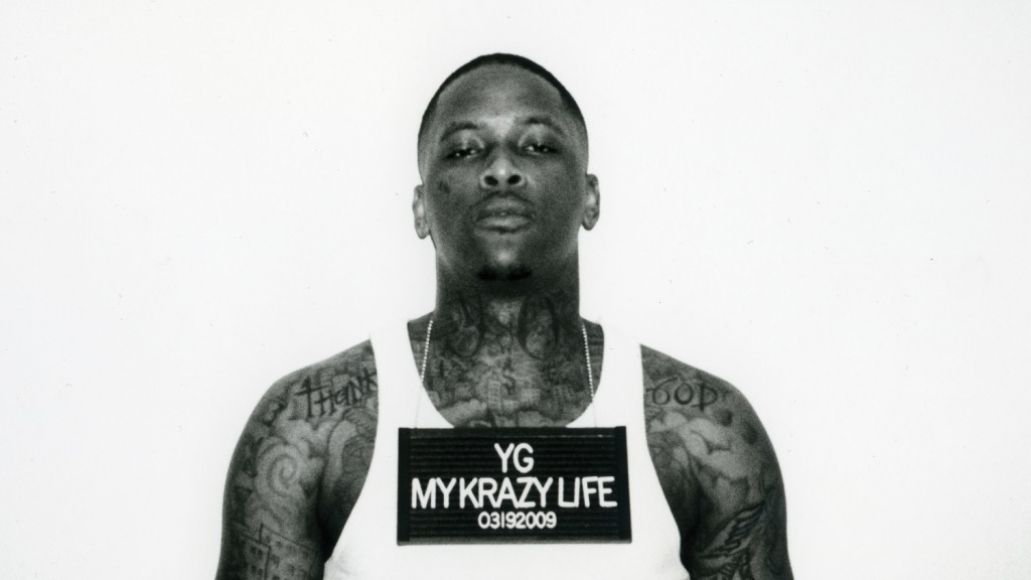 Of course it takes discipline to bring a local style to the national stage as YG did with the figure-8 quake of the “ratchet” sound. But even the Compton rapper’s ardent supporters would’ve had a hard time predicting something as widescreen as “Really Be (Smokin N Drinkin)”, which will be on YG’s My Krazy Life, out next week. Plinky and creaky with a formidable low end, it skates a lot like good kid, m.A.A.d City’s Jay Rock collaboration “Money Trees”. Kendrick’s actual presence here, meanwhile, only insures the song’s ambition. Don’t forget your ski mask. –Michael Madden

Listen in below (via In Flex We Trust). 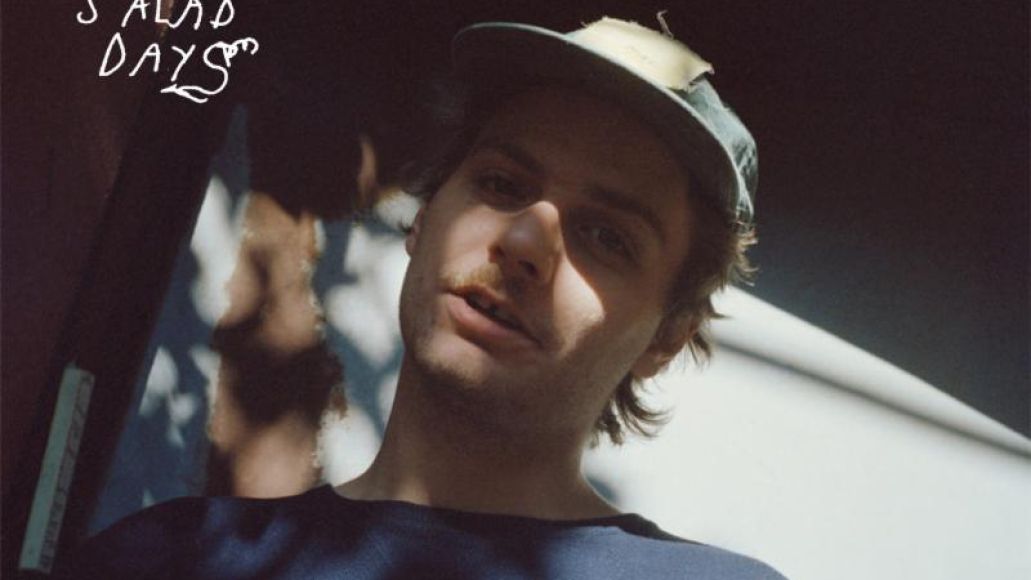 Mac DeMarco’s latest single, “Brother”, commences with a deep exhale, relieving the stresses of his everyday life and kicking back with a Viceroy. The song reads like an advice column as it attempts to direct eyes towards home, a worry-less paradise. The chorus scoops the listener up and leads the way with tinny guitar riffs and swoon-worthy harmonies. One of the most attractive elements of DeMarco’s style is his easy-going catchiness, which makes his music comfortable, and “Brother” captures that perfectly. Keep an eye out for his next set of slacker jams, Salad Days, due April 1st via Captured Tracks. –Sam Willett 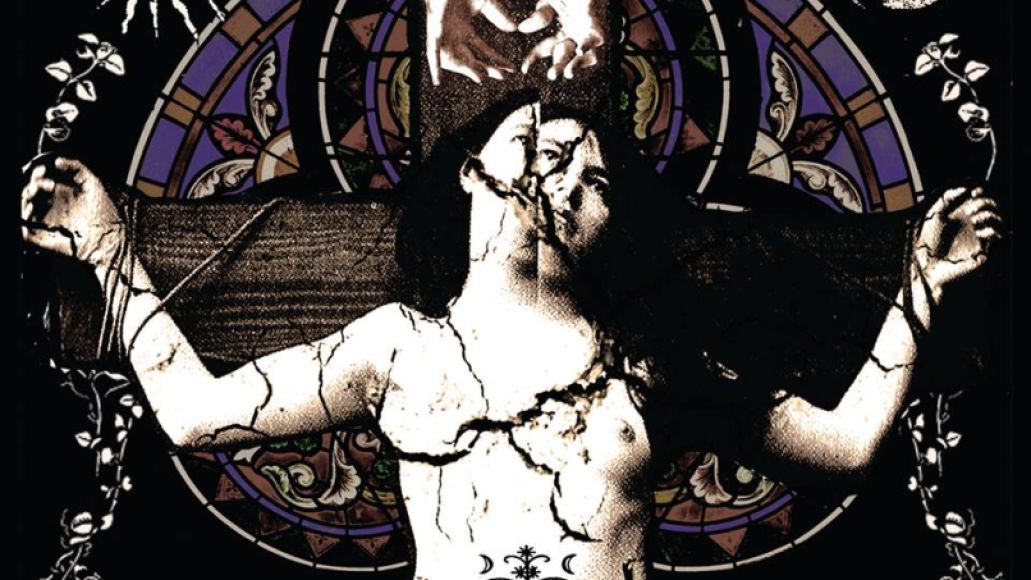 I thought Eyehategod had perished under their extreme touring, drug consumption, and alcohol regimens, only releasing an EP and 7″ since 2004. But, no — NOLA’s filthiest are back with a forthcoming self-titled album (out May 27th via Phil Anselmo’s Housecore Records) and a new single, “Agitation! Propaganda!”. It’s a furious hardcore punk track, a decade’s worth of pent-up frustration purged through scorched screams and blitzing D-beat aggression. The band sounds as tight and focused as the last time we heard from them on 2012’s one-off “New Orleans Is the New Vietnam”.–Jon Hadusek 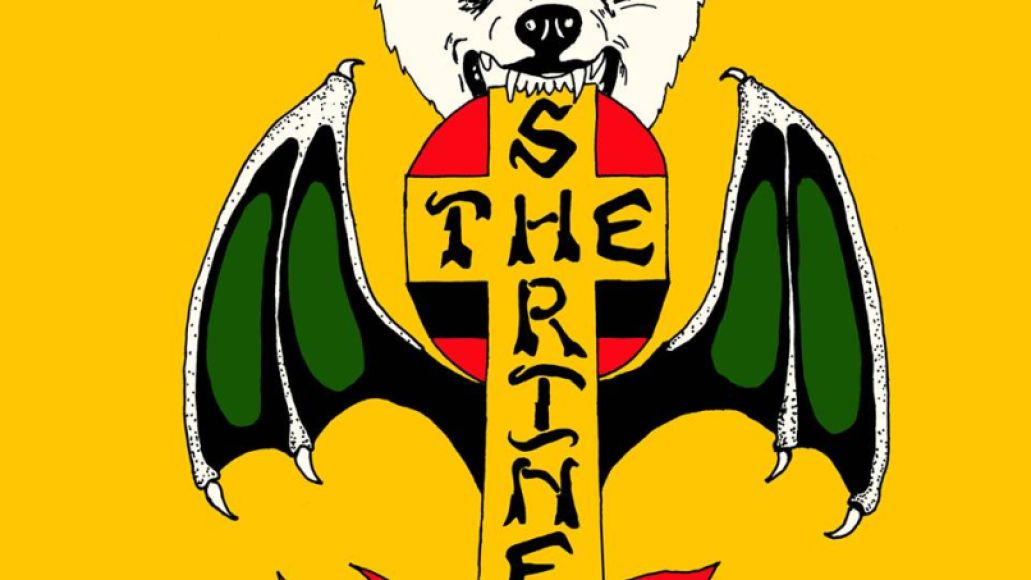 When it comes to rock ‘n’ roll in 2014, you can’t get much better than a track like “On the Grind” — an unholy fusion of fat ZZ Top riffage, blitzing glam metal, and beer-stained denim. The Shrine cop their influences proudly and without shame because they’re talented enough to do so; any and all anachronism is ignored in the face of the band’s sheer power. Their debut, Bless Off, dropped earlier this week, and they just tore it up in front of a capacity crowd at American Icon Records’ Heavy Metal Parking Lot show at SXSW. It’s only up from here for these guys. –Jon Hadusek 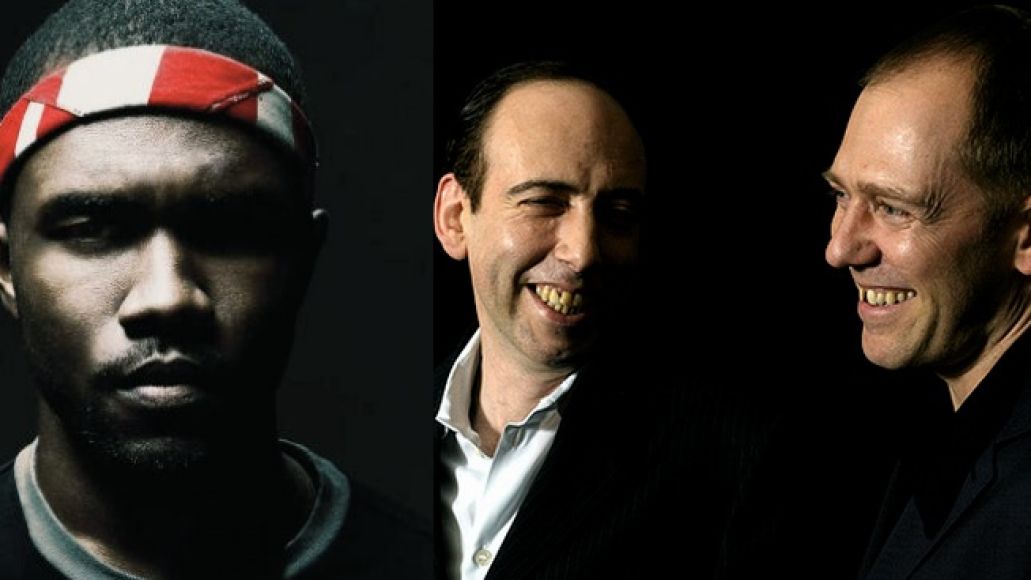 In a Tumblr blurb posted this year, Frank Ocean revealed a two-faced connection with his home, Los Angeles, stating, “I hold a deep affection for Los Angeles and its oppressive sunshine.” The R&B mastermind gives light to the grey matter hidden from the sun on “Hero”, a legend-loaded collaboration also featuring Diplo and The Clash’s Mick Jones and Paul Simonon. Beyond the summer-loving instrumental sample, Ocean reveals himself as an artist of nature, seeking subjects “in the buff” while still connecting with his desires and “tryna fuck.”

And though L.A. holds a special place, the city isn’t beyond reproach. The song’s last verse deals with those “who love you, who doesn’t,” and society’s tendency to deliver harsh judgement on others. Ocean recognizes he has to stay true to himself in crooning that powerful lyric, continuing to evolve into the hero that he has become to so many. –Sam Willett