Tyler, the Creator was reportedly arrested while leaving Austin today. Police took the Odd Future figurehead into custody at the Austin-Bergstrom International Airport on a warrant for inciting a riot at his Thursday afternoon show at SXSW.

SPIN’s Garrett Kamps was in attendance at the Scoot Inn gig, and detailed the scene in his report. Near the start of his set, Tyler encouraged hundreds of fans outside the venue’s gates to push their way in. In a video of the incident obtained by TMZ, Tyler clearly yells, “Just run in right now! Fucking do it, let’s go!” before leading a crowd chant of “Push! Push! Push!” The fans burst open the gates and stormed in, knocking people to the ground and allegedly fighting some of the guards. Kamps says the venue was at double to triple capacity when the gates were finally shut again. The venue initially cut the sound, but in hopes of quelling the unrest eventually allowed Tyler to finish his set.

Tyler’s show the night prior at Mohawk had been canceled following the tragic events that led to two deaths and 23 hospitalizations. You’d think after being so close to that experience, both the performer and the crowd would have shown more caution and restraint. Police are accusing Tyler of encouraging “behavior causing an immediate danger and injury to persons” and holding him on a $3,500 bond.

Update: Tyler has been released. He’s been charged with a Class A Misdemeanor, with bond set at $25,000. Here’s his mug shot: 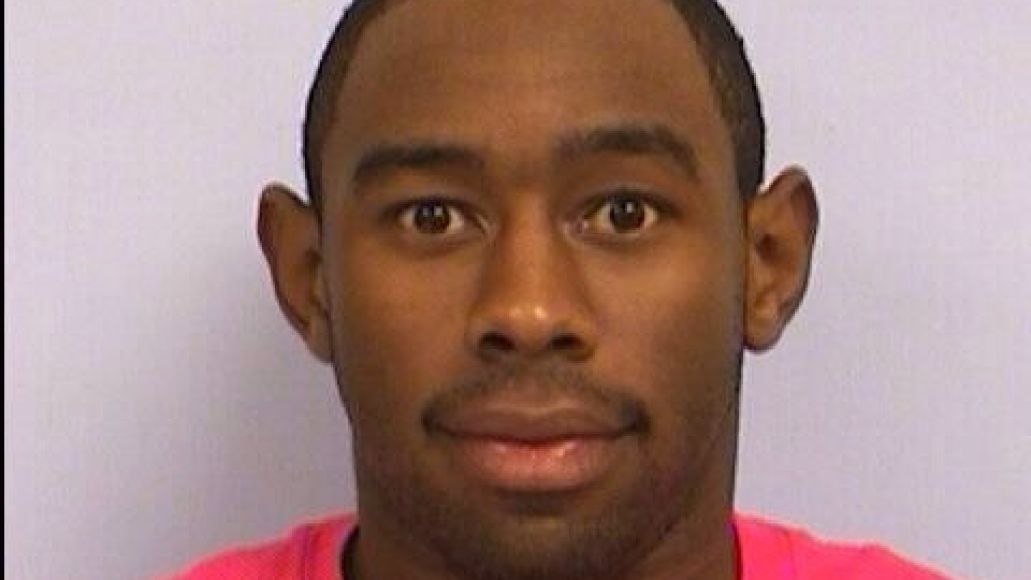 Tyler, the Creator arrested in Austin for inciting a riot at SXSW