From June 20th-22nd, thousands of Europeans and around-the-world travelers will flock to Reykjavik, Iceland for Secret Solstice. Billed as the “Midnight Sun Music Festival”, the three-day fiesta features Massive Attack, ScHoolboy Q, Banks, Múm, and 72-hours of sunlight. Throw in some mythological Norse decor, a few geothermal pools, an active volcano, and hey, you’ve got yourself one hell of a music festival. Now it’s even better with the addition of Disclosure and Jaime Jones. Since this is boiling over into something hot and heavy, Consequence of Sound spoke with organizer and promoter Leon Hill to discuss these new additions, the finishing touches, and the beautiful city of Reykjavik.

Disclosure is a great fit for Secret Solstice and adds a lot of star power to the show. I’ve caught them live in Chicago and New York. They killed it each time. Guy and Howard Lawrence are both very young but proved themselves with the tremendous success of their debut record Settle. What sort of unique flavor does Disclosure bring to the lineup and why does Iceland have had such a longstanding relationship with the UK dance scene?

We’re so stoked to have Disclosure coming to Secret Solstice in Iceland this year, beyond words. Although the new lineup is only the Lawrence brothers and Jamie Jones, they’re both incredible acts to be adding to our already-bursting list of names. In our case, our good relationship with the UK has definitely been strengthened by our partner The Warehouse Project who have some seriously massive pull in their home country.

Howard Lawrence will be 20 years old by the time the festival goes down. I’m sure plenty of folks will want to buy him a beer. Will they be able to legally?

The legal drinking age here in Iceland is 20, so we’ll happily buy him a beer, or 10.

Massive Attack has been on a touring hiatus for years. How were you able to get them attached to such an ambitious festival, especially one that is hosting its inaugural event?

A little bit of luck I guess! In all seriousness though, I think it was the concept of the festival that sold it to them, as well as their management. The 72-hour sun that’s going to be gracing our festival is so unique that it’s drawing in not just ticket buyers, but artists too. Seriously, what kind of international act wouldn’t want play a festival where the sun doesn’t go down, in a country as spectacular as Iceland?

I understand that you and event founder Fred Olafsson are seasoned festival goers. What were some of the inspiring music events have been to and how did they shape the approach to this show?

Fred would say that his years of going to festivals have just been market research for being able to put on Secret Solstice! Germany’s Melt festival was a big inspiration to create something unique, and as far as scale he says there’s nothing in the world like Glastonbury. For me though, Glasto’s concept can’t even come close to ours. The closest event I can think of that fits the theme of Secret Solstice is Australia’s Splendour In The Grass festival in Byron Bay, due to the incredibly unique location. But the sun still goes down every night in Byron Bay, so Reykjavik has got that over them. 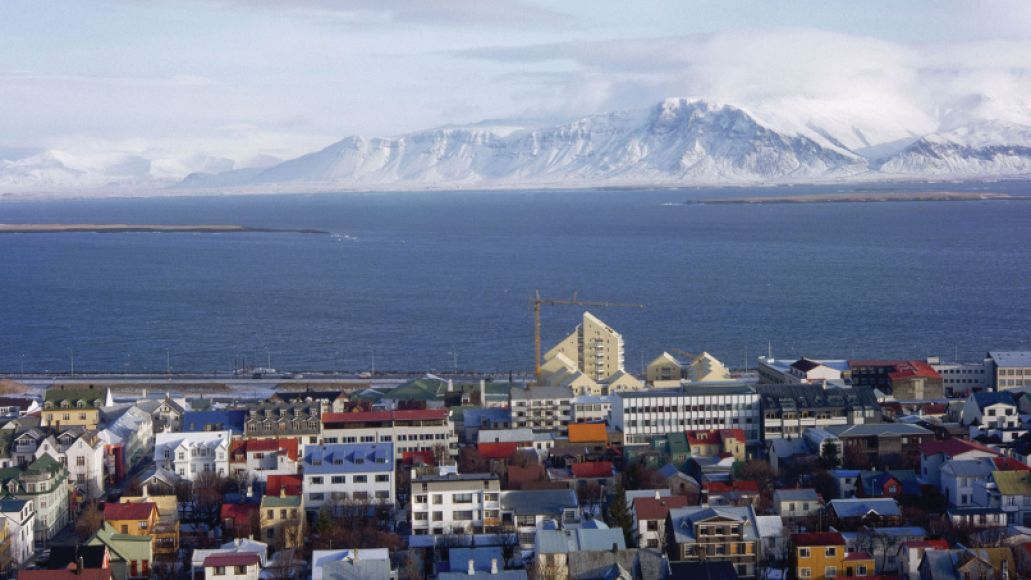 There’s been a string of holidays in Iceland with more on the way. Has this made nailing deadlines any trickier? What sort of reaction have the locals had to Secret Solstice? Plenty of the nice folks from Reykjavík will be in attendance, right?

We’re about 55 days out right now and to say we’re overworked is an understatement. Our big issue is the fact that we’re holding Secret Solstice during the busiest holiday season of the country, which means half of the city is already booked out. If it wasn’t for the on-site camping we have next to the festival, it would be tricky to accommodate every ticket holder. As far as locals are concerned, the level excitement here is completely electric due to the sheer number of huge international acts we’re bringing in. From day one we’re going to be the biggest festival in the capital of Reykjavik. The locals simply have never seen anything of this scale here before.

This is purely hypothetical and begs for speculation, but how would you like attendees to remember the event? And what impact do you think the festival can have on the music scene in Iceland, and also worldwide? After all, you’re doing something that’s never been done before.

We want them to come away from the event having had an experience they literally can’t find anywhere else on the planet. For us, Secret Solstice isn’t just a way to create a new music festival, it’s to showcase some of the best live music in the world, in a country that’s unlike anything else, all in the midst of a natural phenomenon we’re just lucky to have here in Iceland. Too often these days festivals are just trying to outdo each other with bigger and better lineups, but for us we want the whole experience of our event to be remembered, not just the big names that are plastered on lineup posters.

Secret Solstice will most definitely be one of a kind, and if that drives other festival owners to step up their game and create something that’s not just another standard festival, it can only be good for the entire global live music scene, and people everywhere who love going to festivals.