If you couldn’t tell, Jack White’s owned the proverbial airwaves these past 72 hours. In addition to producing Neil Young’s new record (which surfaced over the weekend), he recorded the World’s Fastest Studio to Store Record, hosted a big ol’ shindig at his Third Man Records offices, and unveiled the title track to his forthcoming sophomore LP, Lazaretto. In light of the new song, we once again gathered a roundtable of critics and musicians to offer their own reviews. As we learned with The Black Keys’ recent single, “Fever”, these big singles prove quite polarizing. Here’s further proof. 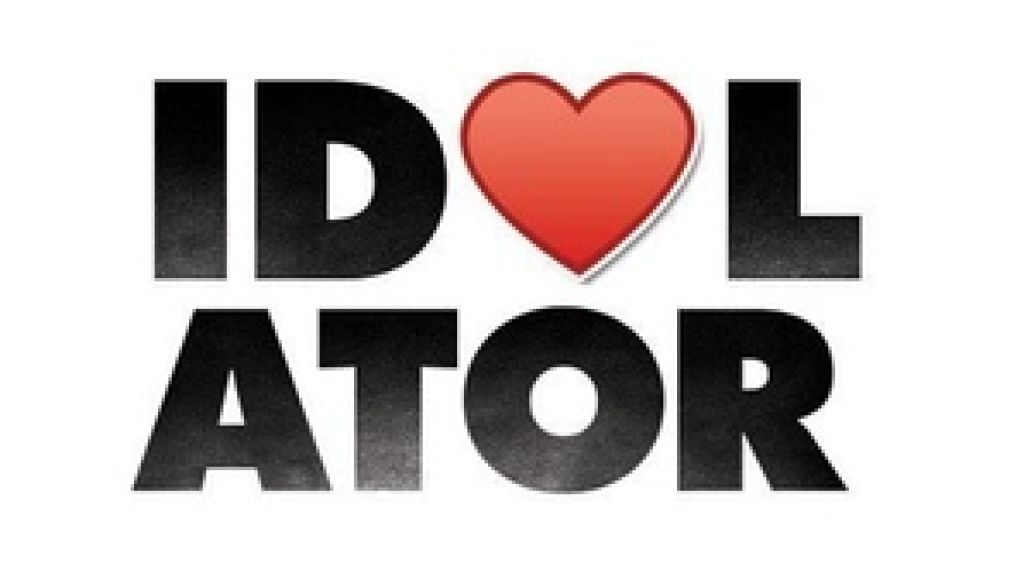 With this latest reboot, rock’s last action hero harnesses the dangerous power of funk — to the dismay of fanboys everywhere. But fear not: on “Lazaretto”, Jack White delivers a hectic, gleefully indulgent slice of Custard Pie.

It’s a disorienting AOR fever dream comprising a gauntlet of tempo shifts, psychedelic Pac-Man effects, and searing solos, a syncopated bassline the only thing keeping it all in orbit. Yet, while it makes for a propulsive and antsy whole, the individual detours are basically just there to distract us from the song’s lack of a hook. 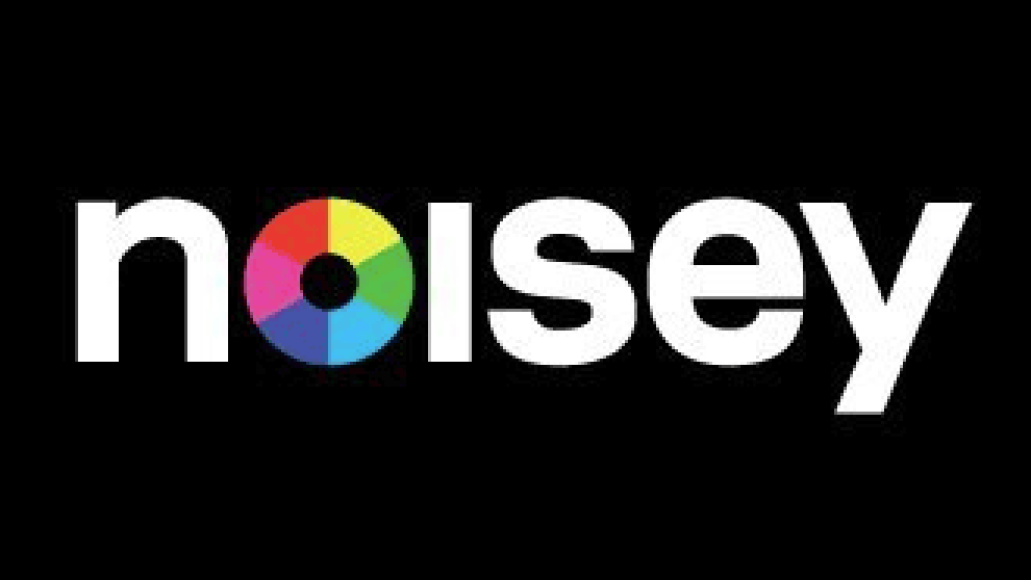 Jack White’s new single “Lazaretto” is the title track of his next record, and I’m supposed to be impressed by the speed at which he recorded and pressed the single? Speed of production doesn’t really seem very valuable to me when it comes to creating a physical copy of a record, especially since I listen to most of my music digitally. It feels kind of gimmicky for a star like White to resort to breaking records or whatever, but the song itself is definitely a departure from his past in some ways. There’s a layer of electronic noise that permeates the blues backbone and some unexpected dips into the swaying flexibility of funk, even what sounds like a fiddle interlude of sorts.

Maybe when I get the chance to listen to the song without it being sandwiched between the superfandom of the two dudes who talk about it for seven minutes before putting the song on, I will like it more. Or, maybe when I’m not listening to a copy of the song that comes through a recording from someone’s speakers. For now, though, I think the song is a mish-mash of styles and sounds and gimmicks that don’t quite pull together into something cohesive. Grade: C- 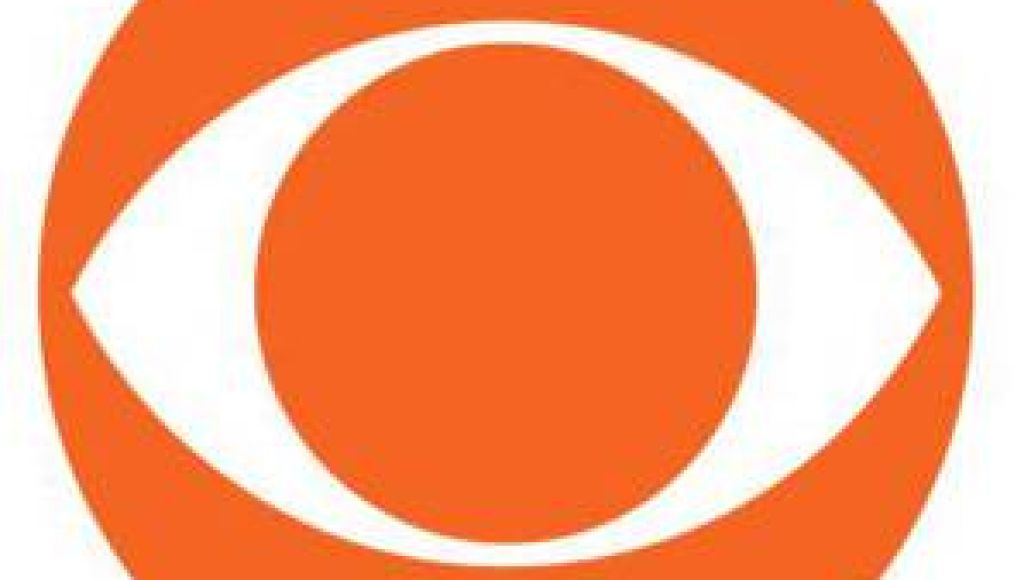 From the beginning, “Lazaretto” was touted as a novelty—the world’s fastest released record, or something—so it’s almost difficult to consider it as something important when that was its first footnote. It certainly touches on the subject matter pillars of the blues that White loves (loneliness, corporeal pain, God), and even though I love Jack White and all his projects, I don’t know, it just feels a bit boring to me.

The reprise at the end, though, is something else. The fiddle and slide guitar just slaughter that bare melody. They’re perfect, and they save the song. Grade: B- For a guy whose persona seems so premeditated, Jack White’s music always feels refreshingly off-the-cuff. “Lazeretto” sounds like it came straight out of a jam session, which is its greatest strength but also what makes it feel a bit slight. The song is centered on a gem of a riff, but it’s one you might just as likely have heard on a Dead Weather album.

As always, the production is stellar. White’s guitar solo sounds like it’s going to crawl through your speakers, and he performs the hell out of his vocal. And if there’s nothing terribly new here, that doesn’t mean you won’t be bobbing your head from start to finish. “Lazeretto” is like a piping hot slice of pizza: the fact that you’ve eaten it a hundred times before doesn’t stop it from being delicious. Grade: B 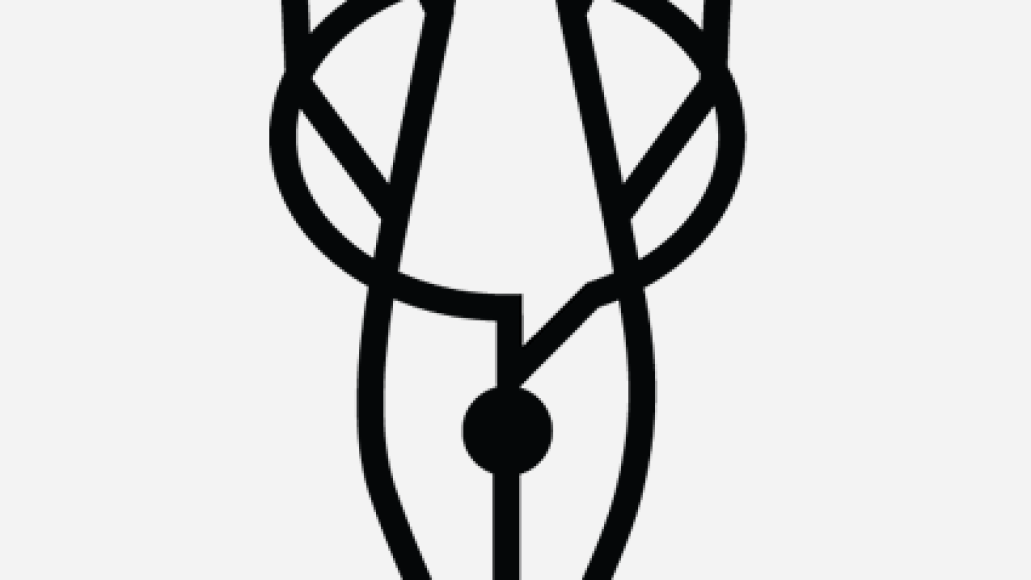 I went to the biggest Jack White fanboy I know and asked his opinion on the World’s Fastest Record. He hadn’t listened yet, but he said it was “rad.” I asked what he’d pay for it, and he offered $75. Did you know Jack White is an undervalued asset? The cult leader of Third Man could spend three hours putting three minutes of anything on a 7” and still the masses would flock to eBay. The song’s fine, the strings are great, but boy, does that false ending feel contrived. Grade: C+ 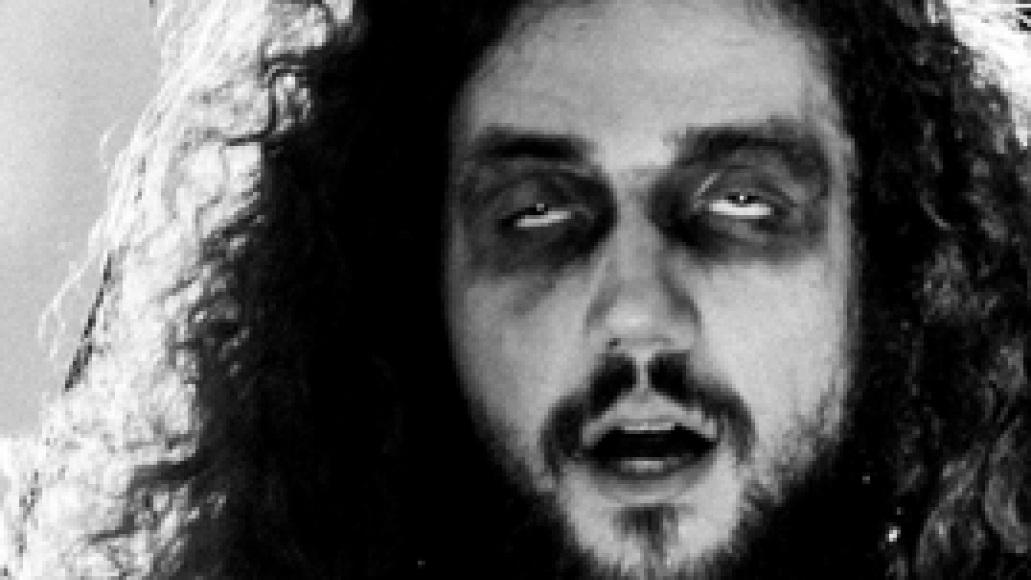 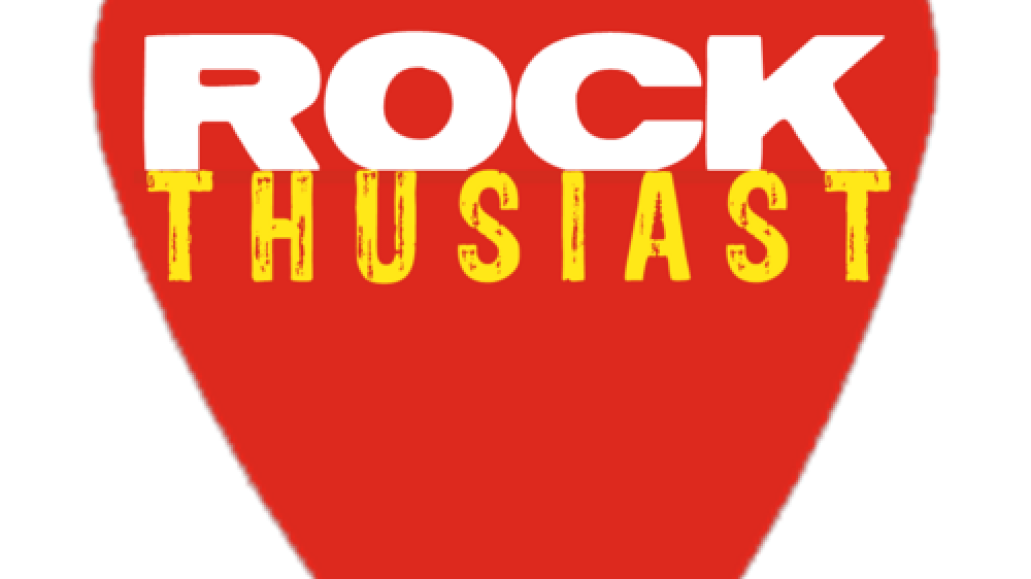 The first word I heard in association to “Lazaretto” as the #WorldsFastestRecord was being attempted at Jack White’s Nashville music haven was funky. But like anything the Third Man Records impresario does under the guise of minimalism, a singular descriptor can’t really cut it; White raps like an electrically charged Sly Stone, pushes experimental boundaries with some spacy, not of this world sounds, only to have everything crash back to earth in a glorious hodgepodge of garagey blues and down-home country. Can’t wait to hear more, especially how “Lazaretto” is sure to evolve once the tour starts. As White himself sings at one point, “Dayum!” Grade: B+
__________________________________________________________ 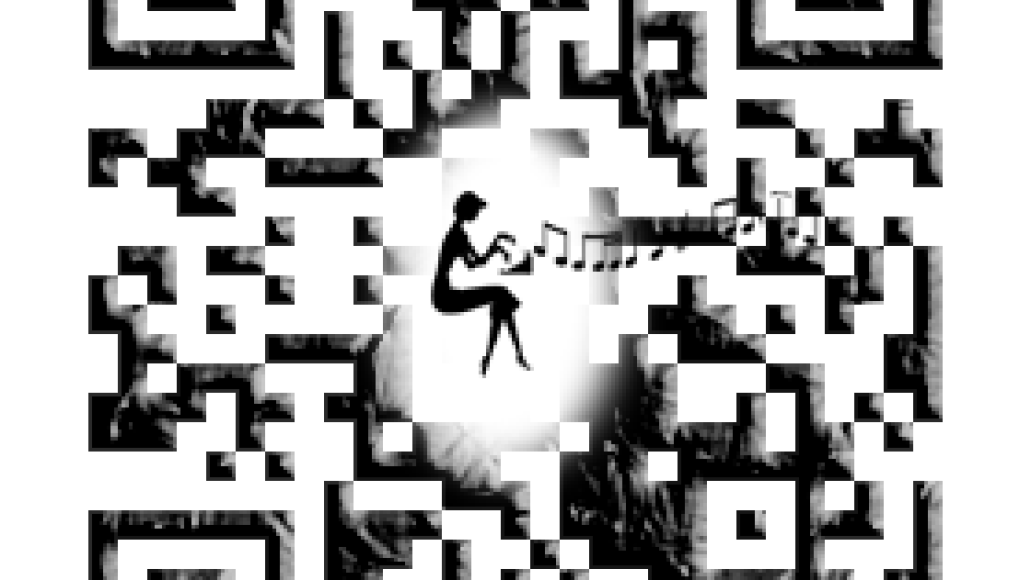 Much ado will be made about Jack White recording the World’s Fastest Released Record, and the feat itself is impressive. But as a single, “Lazaretto” is more of the same guitar-driven blues rock White’s been shelling for nearly two decades now, highlighting his penchant for eccentricity over innovation. Still minting those trademark blistering riffs, he’s tacked on a Charlie Daniels-esque violin solo, “Ring of Fire” trumpets and glitchy Nintendo samples, perhaps in an effort to revive the experimental spirit of Icky Thump. These contrivances feel as gimmicky as his RSD publicity stunt, and any oddity or flourish sinks straight down in White’s rock ‘n’ roll quicksand anyway. He’s deified by fans of all, erm… stripes, so it’s high time for White to take real risks. It would have been nice to see a break from the mold, but that doesn’t happen on “Lazaretto”. Grade: D
__________________________________________________________ 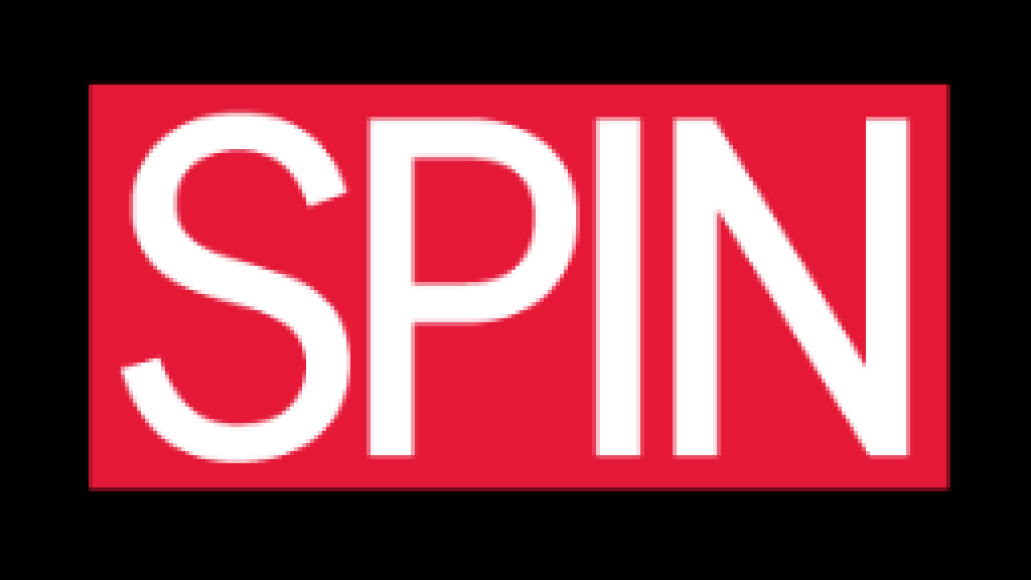 The title had me thinking it would sound something like Rome, but it adds on the purposeful sounds White showed in Blunderbuss: every chord is geared towards racketing up tension, which resolves itself first in a crash and later in a hoedown. It calls to mind John Cale’s 1974 album Fear, where Cale faced down his self-doubts by sonically destroying them. White’s self-proclaimed Nashville exile has been going on for a little while now, and this song suffers a bit from the repetition that comes with building a Fortress of Musical Solitude. But it’s Jack White making high-pitched guitar noises, and no one makes them as good as he does. B+
__________________________________________________________ 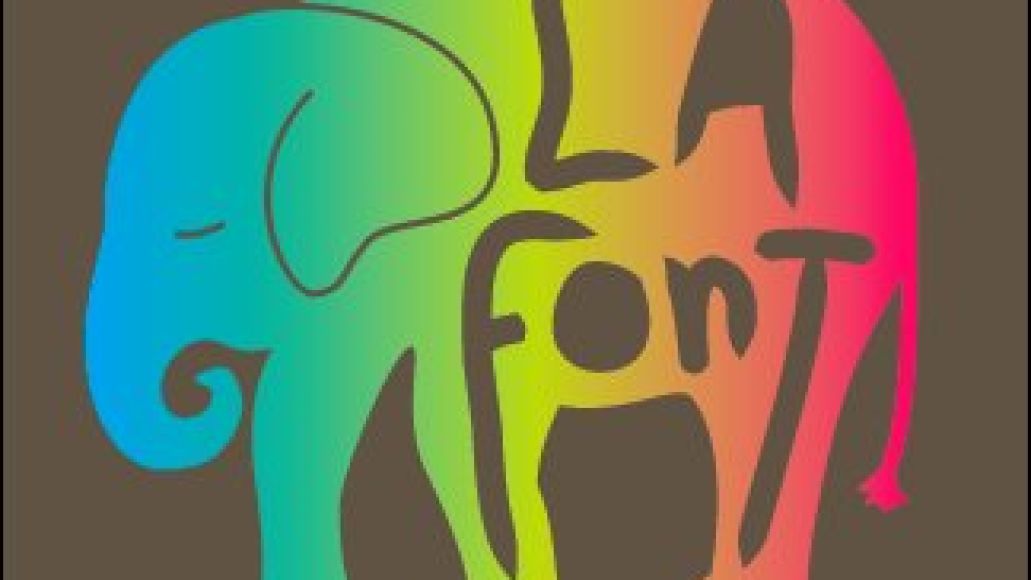 I looked up “lazaretto” on Wikipedia, and it’s a place where incoming sailors are quarantined: Lazarus is the patron saint of lepers, and lepers were among those quarantined at lazarettos. Does Jack White need to be quarantined with a Teisco Del Rey, a Tascam four-track, and the Sympathy For The Record Industry catalog until he writes another record as beat-you-over-the-head good as “De Stijl” (or even “Get Behind Me Satan”)? Probably not – in “Lazaretto”, White’s clever lyrics, descending harmonized lines and Zeppelinesque bridge recall the left-field genius of his best work – but as a whole, this hookless, wandering funk jam feels too much like a latter-day Red Hot Chili Peppers deep cut. Grade: C+ 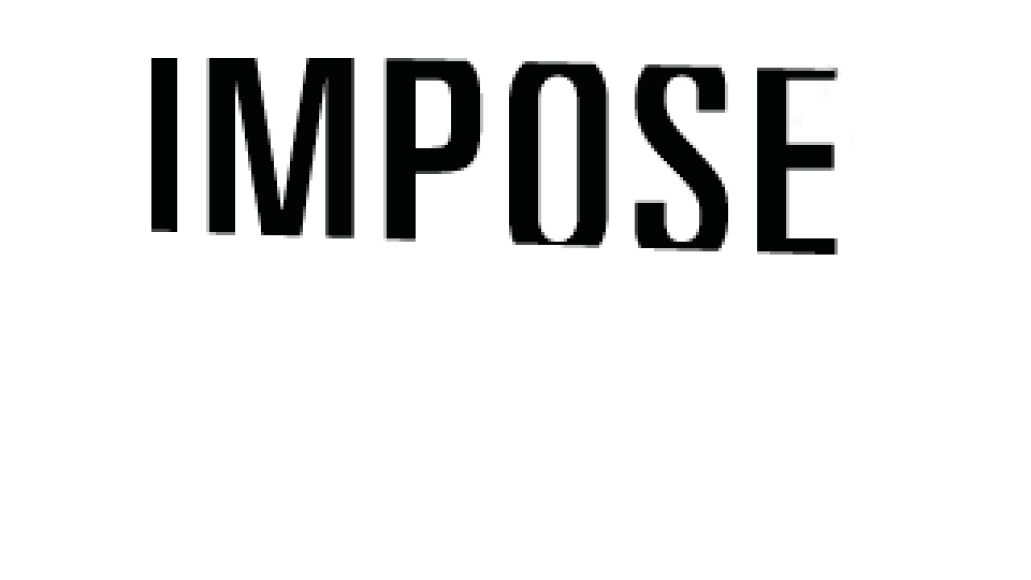 The last CoS roundtable put The Black Keys up for discussion, a band I’ve found perennially boring. Part of the reason for that comes from Jack White, cut from a similar cloth, having always been infinitely more interesting and risk-taking. To wit, the manner in which “Lazaretto” was created, recorded, and made available is a perfect example. As well, “Lazaretto” offers up a better version of what The Black Keys were trying to achieve vibing out with Danger Mouse.

But enough with comparisons, “Lazaretto” continues the trajectory of White separating himself from the Big Muff blues of his breakthrough band. The burgoo of styles White hoops through in just under three minutes is commendable – soul, punk, a touch of Dixieland and gospel, and a dash of electronic noise. However, White going full B-Boy for half the song is so terribly distracting that I don’t foresee myself listening to this song again (please don’t Von Bondie me for saying that, Mr. White). Grade: B-
__________________________________________________________

Michael Roffman, Editor in Chief of Consequence of Sound

Nothing would satisfy me more than a little satisfaction from Jack White. I’m one of the few critics who felt 2012’s Blunderbuss was an exhaustive scrapbook of the Third Man mogul’s past work, a far cry from his dark blues of The Dead Weather, the folksy perfection of The Raconteurs, and the garage rock anarchy of his early Detroit years. Lately, White sounds too comfortable, hampered by the treacherous inhibitions of any rock star with too much access and very little restraint.

“Lazaretto” is a testament to that. White’s latest grand ditty finds him clumsily spitting rhymes over electronic tapestries and smoked backyard instrumentation. So much is going on that it’s a tad oxymoronic he’d say, “When I say nothing/ I say everything.” If only he took his own lyrical advice. And while a few sounds tug my ears — those Pac-Man warbles two minutes in are neat — “Lazaretto” whisks on by as an invariably confused rock ‘n’ roll track that yearns for an attitude yet gets lost in the pleather.

Hit me up when Alison Mosshart’s back. Grade: D+